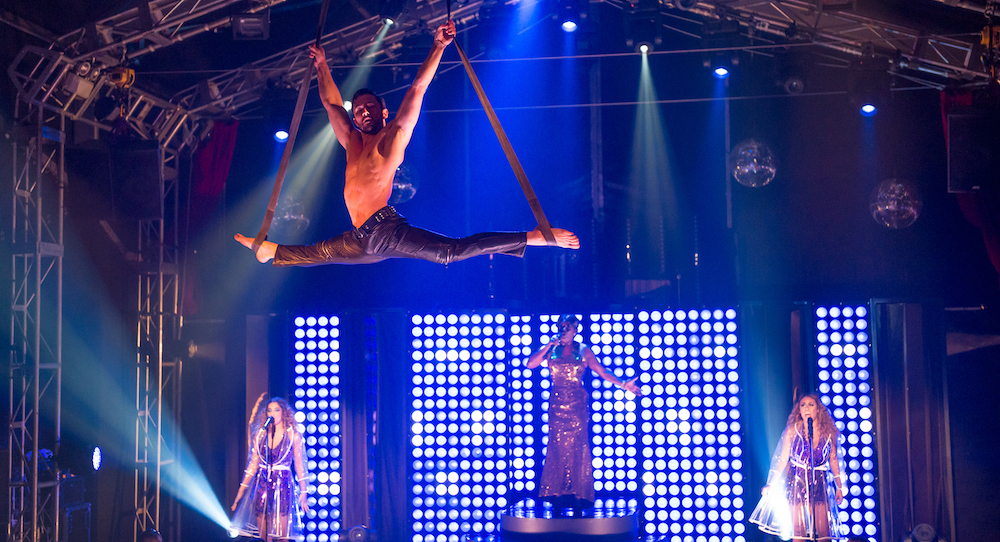 From little things, big things grow. Beginning at the Adelaide Fringe Festival in 2015 to rave review, Velvet, has since had seven seasons and 300 shows all around the world, including the Sydney Opera House and Edinburgh Fringe. Velvet returns to Sydney at the Roslyn Packer Theatre for a three-week season and guarantees a fun night out.

Velvet is this mix of circus and cabaret held together by disco. Director Craig Ilott writes that “Velvet is a nightclub and a state of mind – a fantasy. Inspired by Studio 54, a club famous for its wild parties and hedonism but also ultimately for its culture of acceptance – blind to colour, creed, class, gender, size and sexuality.” And all of this is true. During the 80-minute performance, every item seems fantastical and slightly unbelievable. 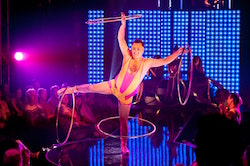 There is skill and sexiness coming out of every sequin in Velvet as each of the nine performers are clearly phenomenally trained in each of their skills, whether it be circus, music, singing or dancing. The circus skills became more and more impressive as each individual act took place, often ending on a breathtaking display of skill. Particularly notable was the charismatic Incredible Hula Boy Craig Reid and the musicality of act, control of the hoops and the vibrancy of his character. It was truly remarkable seeing him fly through the air whilst still using a hula hoop.

Emma Goh was sensual and skilful with some impressive partnering aerial skills and choreography, including pushing her nine-inch stiletto into Stephen Williams’ chest during an aerial duo to “I Feel Love” whilst spinning effortlessly in the air and showing off her incredible flexibility. Williams was chosen well to accompany “It’s Raining Men” with his buff, chiselled features and ending with what seemed to be a drop toward the stage as if Mother Nature really was delivering.

The cast of nine are all impressive. Marcia Hines’s presence drew applause from the crowd as soon as she appeared, and she was commanding throughout her performance. Rechelle Mansour and Kaylah Attard demonstrated that they are true “triple threats” with fantastic dancing, vocals and acting. Although their role began as seeming to be backing vocalists, “Turn the Beat Around” was a highlight and demonstrated their talent well.

After 60 minutes of disco sequins, sound and lights, I was hoping for a retrieve, and it certainly came with Tom Oliver acoustically singing “Stayin’ Alive”. The song was almost unrecognisable when reduced down to just the lyrics and his strong vocal prowess, and in a city like Sydney with its high cost of living, soaring rental prices and numbers of homelessness, this song seemed particularly poignant.

With multiple disco balls suspended from the ceiling, at times the aerial chorography also mirrored this. The performers would often take centre “air” stage, and with their impressive costumes by James Browne would spin like a mirror ball. This spinning motif again reiterated in the curtain call as the performers went around in a circle, now on the ground, to say goodnight to the audience.

There is just something about a disco ball that is always exciting and joyous. Velvet is a guaranteed night out.