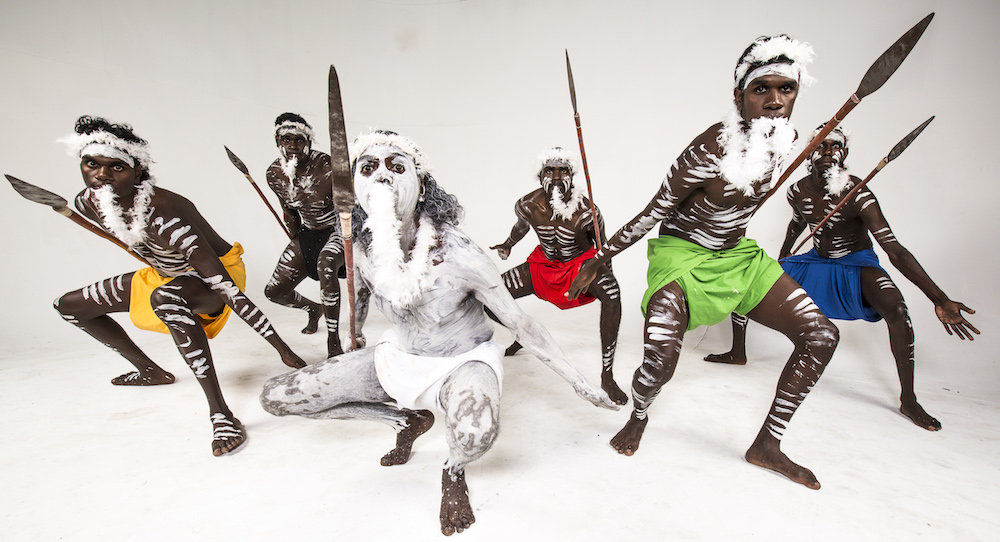 Djuki Mala means “chicken mob”. The Djuki Mala ensemble has refined a startlingly beautiful practice of traditional Australian indigenous cultural dance. In the eponymous Djuki Mala, presented as part of MAP57 at St Kilda’s Winter Garden in Melbourne, in July 2017, the group is doing something quiet different from purely traditional Australian Indigenous cultural dance. Djuki Mala is like a mix tape, presenting renditions of world dance styles. It is a product of globalisation represented in dance. Each act is punctuated by a documentary video telling the story of the group’s emergence and transformation. 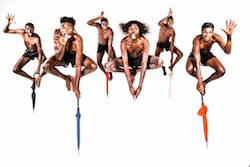 Djuki Mala frames its work as comedy. Certainly, the Djuki Mala represent indigenous Australians in a fabulous, modern, complex way. The dancers are athletic, the work has a gravitas when presenting traditional indigenous work, and it can be humorous as well. The group presents little sketches of different dance styles. There was a version of Michael Jackson, of Gene Kelly in Singin’ in the Rain, and there was a Bollywood number. In these sketches, the audience are invited to compare the historical dance styles of other cultures with indigenous dance. The performance of these other styles, however, is sometimes excessively theatrical, overplayed for apparent comic effect. It reduces the complexity.

Video projection was used to structure the work Djuki Mala and became repetitious, as it was all pervasive in this performance. Whilst the ensemble was dancing, the video was of landscapes. In between segments of dancing, when the dancers changed, the video was documentary footage of community elders talking about the emergence and transformation of the Djuki ensemble. It was interesting, to a point, but giving its history presents the group as a tourist attraction rather than a dance company creating art. 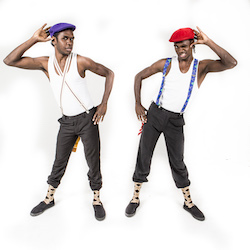 Djuki Mala seems to be attempting to fuse popular styles with its own great skill in indigenous dance. The company hasn’t managed to integrate all of these influences to produce a coherent style of its own beyond the indigenous style. Increased dramaturgical and creative development and investigation might develop this ensemble into something important.

The strongest part of the message in the work may be lambasting assumptions of cultural homogeneity of indigenous people: they are believed to be one way, but in fact are many ways. Djuki Mala might be saying with the work, “Our traditional culture is alive, we do not desert it, but we live in the 21st century, and we understand we are part of the global transmission of culture.”

Djuki Mala is an interesting act. For the anthropologically curious, it is worth seeing. The company is headed to Edinburgh Fringe Festival in August.