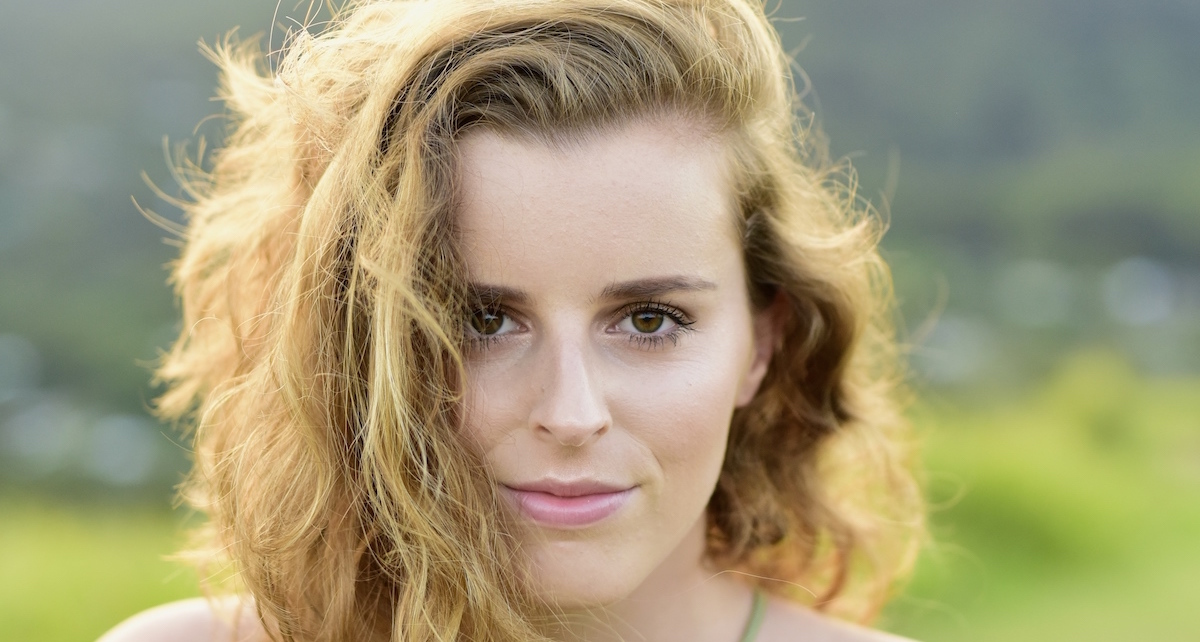 August just can’t come soon enough for Catrina Ralph, winner of the Broadway Dance Center (BDC) Scholarship. That month, she will move across the globe to take up her prize — a four-month professional semester with BDC in New York. On top of this opportunity, Ralph has also won a year of representation with Focus Talent Management as part of her BDC scholarship package.

Here, Dance Informa catches up with the talented Wollongong local to discuss what these opportunities mean to her and her personal goals in the industry.

Tell me a little about your early training and professional background.

“I started my dance training at a local school in my hometown of Wollongong called Danceworld, run by latin/ballroom superstar Doug Newton. I trained there under many different wonderful teachers until I was 15, which was when I first started training at Brent Street. Around the same time, I started doing street hip hop classes at Wollongong’s Streetbeatz Hip Hop, now an internationally recognised studio!

During my teenage years, I also studied at Wollongong High School of the Performing Arts, and in 2012, my graduate year, I received first in the state for HSC Dance. I actually decided to go Macquarie University and study a Bachelor of Marine Science straight out of high school but realised after my second year there that, while I loved what I was learning, I wasn’t on the path I really wanted to be on, so I went back to Brent Street to complete a year of full-time training in performing arts in 2016.”

Why do you love to dance, and when did truly realise that this was what you wanted to do professionally?

“I was a very quiet kid, but my parents noticed early on that I wasn’t afraid to move. They took me to my first jazz lesson at age five, and I’ve never looked back!

I’ve always known that I’ll be dancing for the rest of my life, as it is such a huge part of my identity, but I wasn’t 100 percent certain that I was going to pursue a professional career in performance until about five weeks into my full-time course last year. I basically had a moment one day during a musical theatre class where I was like, ‘Yep, this is it.’

I love to dance because it makes me feel good. I am most alive in the midst of a sweaty, tiresome, emotional (uplifting or otherwise) and, at times, painful sequence of movement. It’s a pretty special language we dancers have in that we can tell stories and make audiences feel raw emotion without saying a single word.”

What do you think is the hardest thing about being a dancer/performer?

“I think it’s probably the lack of recognition, particularly in terms of getting people to understand and respect the fact that performance is a legitimate professional career. Australia is a sports-orientated country. While people here are beginning to discover their love for the arts, I still get asked so often after talking to people about my job, ‘Okay, you dance, but what do you really do?’

As performers, we sacrifice a lot to do what we love every day. We’re not a group of people who only ‘live’ on the weekend. As Viola Davis put it in her Oscars acceptance speech, ‘We are the only profession that celebrates what it means to live a life.’ This can be taken in many ways, but for dancers and performers in general, well, we dream, we push, we cry, we bleed, we fail and we succeed every day of our lives to pursue a passion that has burned in us from birth.”

What does it mean to you to win the BDC scholarship? Why are such international opportunities important?

“It means absolutely everything to me to receive the BDC scholarship! It had been my somewhat secretive major goal throughout the entire year, and I was not going to let anything get in the way of winning it. I’ve been a hard worker my entire life and I felt, last year, as if this year was going to amount to something big and that the work I had put in over the last 22 years was going to pay off in a major way. So I fought hard at auditions, and it has!

The best thing was seeing the reaction from others when my win was announced at Brent Street. Seeing my friends crying out of joy and standing on their feet, and watching my wonderfully-talented fellow finalists cheering me on as well — that made me happiest.

In the moment, I was, of course, caught up in the realisation of moving to New York. When I remembered that I had also received a year’s worth of representation with Focus, that just blew me away. I was always going to audition for the agency above any other with the hope of securing a spot, so it was a real bonus. Lucas, Natalie and Jenni are wonderful — they keep the best interests of their talent in mind and are incredibly hard workers themselves. The opportunity that Lucas is offering Australian dancers is incredible, and I thank my lucky stars every day. I’m still pinching myself.”

Tell me about the program at BDC in New York. What will you be doing there, and what is your main goal in the interim?

“The program at BDC is a professional semester offering training in all styles of dance, as well as singing and acting tuition, masterclasses and mock auditions. There’s a tonne of classes on at the same time, so my schedule will run more like a flexible university timetable rather than a school timetable, which I like.

There was a three-month or four-month option on offer, so I chose the four-month semester over the summer for that extra month of course! As I’ll be moving over in August as the autumn session commences, until then I’ll be saving as much money as possible for Broadway shows and extra classes!”

What is your biggest professional dream right now?

“My ultimate dream as a performer would be to end up in a musical on Broadway. I’m not fussed about which musical at the moment! Although Chicago, Singin’ in the Rain or West Side Story would be ultimate.”

Who are your major inspirations in dance?

“My number one inspiration for performance has always been Michael Jackson. I still have his ‘Best Of’ cassette that we used to blast in the car when I was six! I also love the smoothness of Gene Kelly, Fred Astaire, Debbie Reynolds and Julie Andrews, and the quirk of Bob Fosse — all of these timeless greats and more!”

What kinds of traits and qualities do you think are most important these days in the industry and why?

“Being a nice person is extremely underrated in this industry. Sometimes this profession can seem like a bubble separating us from the outside world, even though we are very much a part of it and should be aware of it. I’ve seen extremely talented people without the work ethic or attitude to sustain themselves be handed opportunities only to fizzle out rapidly, and I’ve watched hard-working, passionate, good people be overlooked.

Working in an industry in which you are constantly judged and compared against others for how you look and dance can make it difficult to remember to be kind, and I think a lot of issues in the industry stem from the way the industry works. You must continue to work on yourself as a person and find a balance between remembering to be humble and good to everyone and maintaining self-respect.”

What is the best piece of advice you can offer other performers?

“This will sound cheesy, but we constantly hear it in this industry — it’s the advice to never give up on yourself. If a career in performance is what you truly want out of life, and you have been beaten down more times than you can count, get up again and you will find your niche. I was lucky enough to be trained by Cameron Mitchell in my full-time year, and he often said, ‘Fall down seven times, stand up eight’, and I really believe this is important to remember. There is no success without failure.”