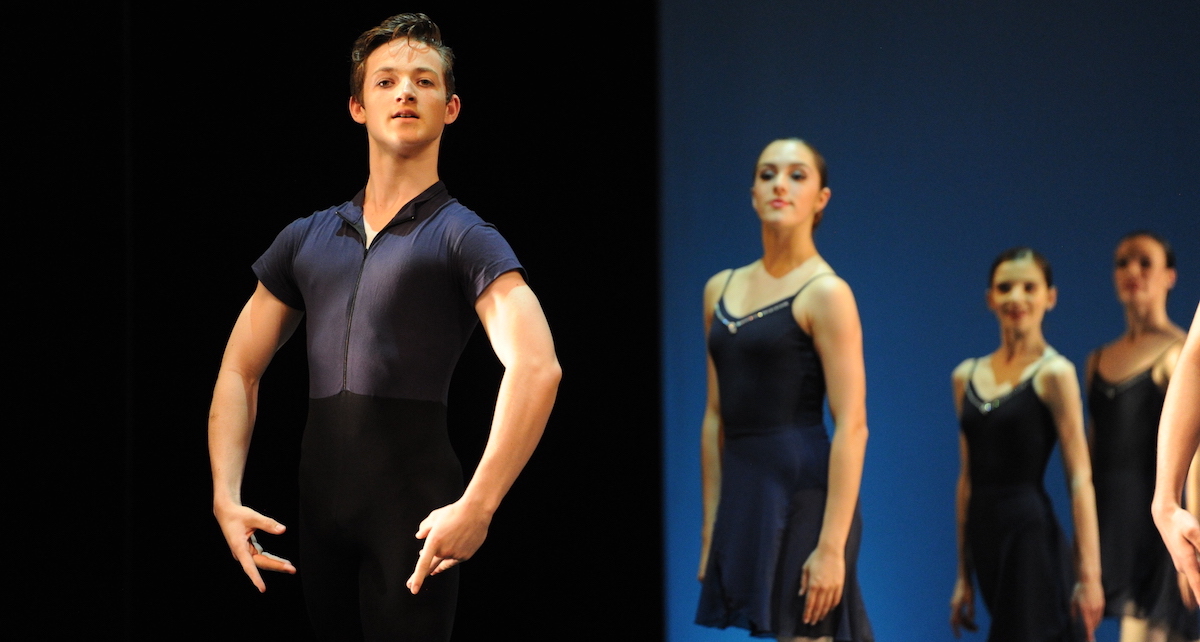 So what do you do if you’re a seven- or eight-year-old boy and both your mum and your sister appear to be having all this fun dancing?

For the now 17-year-old McDonald College student, Premier State Ballet member and sometime Australian Ballet “extra” Charlie Slater, the choice was clear. “I thought I was kind of getting a bit left out,” he recalls. “So I asked Mum if I could start dancing.”

That was a decade ago in the NSW northern rivers town of Alstonville (population roughly 6,000). Nurtured by his ballet dancer mum SherryAnn, the young Charlie discovered that he had a talent for dance. It wasn’t until he was 15, however, and had received a Yulgibar Scholarship to attend the country’s most prestigious performing arts specialist school down in the big smoke that Slater really switched on.

As he says it, “I kind of strolled through everything a bit, but when I got the opportunity to go somewhere specifically for ballet, I went, ‘Yeah, I think I want to do this’, and it just went from there.”

Leaving cosy Alstonville, however, with its rich volcanic soil, macadamia plantations and Tibouchina trees, for the bristling metropolis of Sydney and a brand new school life was a daunting prospect for the Year 10 student. “I’m not going to lie, I was pretty scared,” Slater reveals. “You know, moving away from home, moving away from Mum, all the massive buildings and everything, it was very different to the country. So yeah, it was quite a culture shock. It was very overwhelming — the amount of people and having to meet new people at school.”

As an institution that prides itself on providing education with a performing arts focus for kids from all over Australia, McDonald College was probably the ideal spot for an overawed country boy to land. “The best thing about it was that it was very accepting,” Slater explains. “You were accepted for being a ballet dancer, so I had more motivation because of the people I was around.”

Indeed, Slater is quick to cite his contemporary Harrison Lee, a McDonald student and Prix de Lausanne winner at 15, as an inspiration and “someone I could look up to”.

Of course, all of this was a big level jump. Suddenly, dance, and ballet in particular, were centre stage. Now, rather than being a cool hobby, it became a primary focus. “It was also a very big step up with the teachers and stuff,” he admits. “As soon as I got there, I was like, this is quite full on compared to what I was doing before.”

These days, Slater is fitting his Year 12 HSC studies in around a four-hour-a-day dance regime. If that sounds like a big shift for a teenage boy (insert clichés about how lazy they generally are), fortunately Slater just loves it. “So it’s not so much of a challenge really,” he casually declares.

Part of that energy is doubtless youthful passion; but Slater is also lucky to have had a taste of what life in the ballet is really like. His time as an “extra ballet boy” in the Australian Ballet’s Sleeping Beauty has clearly left its mark. “It was a really, really good experience because it showed me what I could be one day,” he says. “Even just being an extra really motivated me to study more.”

Quite apart from being an incredible opportunity, his time with the nation’s flagship company also gave him perspective. It is one thing to dream, another to do what it takes. “There is so much involved, not just being flexible,” he says. “There’s so much you need to know about your own body it’s insane.”

At 17, though, the scale of the undertaking is rightly subservient to the sheer lustre of the dream; but, like so many boys who are drawn to ballet, Slater has not been confronting the difficulties of the craft but instead the resilient stigmas surrounding young men who dance.

“I was actually bullied for most of my life before I came down to McDonald College,” he elaborates. “I had to deal with the whole ‘ballet boy’ thing up where I lived, so coming down to a school where people accepted it was quite a relief. Having all that taken off your shoulders and not having to worry about people judging you and stuff like that is really, really good.”

Although there are still school work, exams and the inevitable cattle call of auditions to contend with, the young country kid who wanted to join in and have fun with his mum and sister will soon be set to fly.