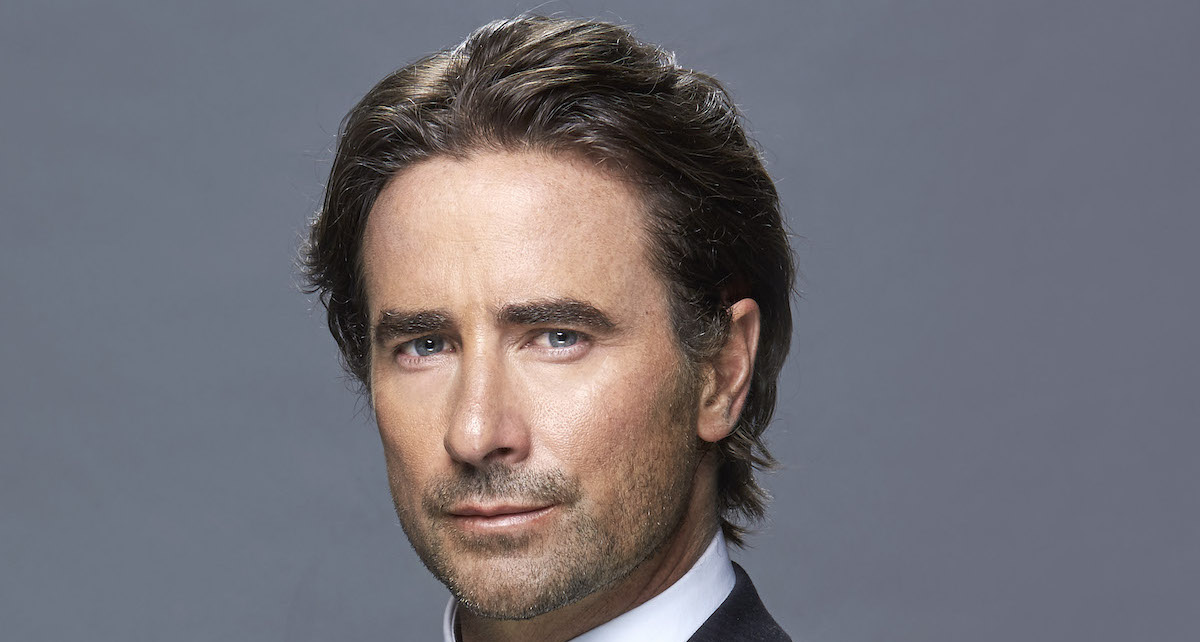 The Bodyguard is the next big musical to tour Australia, and returning to the stage from some time on screen is trained dancer Kip Gamblin in the title role.

“I feel I have been training my whole career for this role,” Gamblin tells Dance Informa. “I will be drawing from every bit of my training and experiences. In rehearsals, there are times I become aware of myself amongst this amazing cast of talented and inspirational artists, and for a moment I really can’t believe I’m playing The Bodyguard. It’s crazy. I’m loving it.” 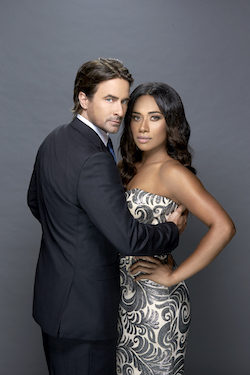 Kip Gamblin and Paulini in ‘The Bodyguard’. Photo by Peter Brew Bevan.

Amongst the talented stars are Paulini as Rachel Marron and Prinnie Stevens as her sister, Nicki. As much as the character of The Bodyguard is there to support these characters, Gamblin also sees his role as part of the ensemble and one there to help “keep it real”.

“I’m there totally to support them as artists, as is my character, The Bodyguard,” he says. “It’s all about the vulnerability of these incredible artists and how they need to be supported on and off the stage – in rehearsals and beyond. Paulini, Prinnie and our alternate cast member for the role of Rachael, Emily Williams, are incredibly strong, creative, talented, sublime women. If I do my job well, it will be all about the women in the show. I’m there to keep it real.”

With previous roles on a wide range of television series, including Home and Away, All Saints, Tricky Business, Dance Academy and most recently Neighbours, Gamblin says he is excited about being back on stage with a live band, exceptional vocalists and talented actors.

But prior to beginning his career on screen, Gamblin trained as a ballet dancer at the McDonald College of Performing Arts in Sydney and later at the Australian Ballet School. His credits include the Australian Ballet, Western Australian Ballet, Sydney Dance Company and Royal Opera Covent Garden, Moulin Rouge, Mao’s Last Dancer and a solo dance tour alongside Barbra Stresiand on her Timeless tour after he was spotted by Kenny Ortega.

When asked about what skills from his dance training he uses throughout his many roles, Gamblin admits that dancing provides “many life lessons”, including “self-discipline, kinaesthetic awareness, physical embodiment of ideas, physical communication skills and the ability to tell a story without words. ‘Never fear failure’ is a big one. Without it, success cannot be reached. I’m pretty good at making a fool of myself, but it’s about how you bounce back – pick yourself up, dust yourself off and start all over again! Now that I think about it, dancing gives you many life lessons.”

He adds, “Knowing how to collaborate and communicate in any creative process, how to respect your colleges, and take direction promptly. Dancers are great in making slight adjustments to our work, time after time, again and again, throughout rehearsals and performance. We thrive on corrections.”

With such a varied range of experience, Gamblin is an example that moving between forms is definitely possible, and he sees the lines between mediums as “definitely blurry” and says, “As an actor, you need to move, and as a dancer, you need to act. Research [the] masters to find what interests them in their field, and remember not to separate your skills.”

He quotes his wife, Linda Gamblin (Director of Sydney Dance Company’s Pre-Professional Year), as always saying, “Person first, Artist second, Dancer (actor/singer) third”, and adds, “So there is a massive amount of work one can do on themselves and their creativity, which in turn can be taken into and is imperative for any genre of dance/theatre/film.” 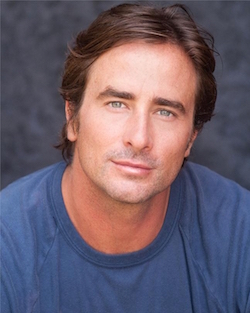 Gamblin continues, “I’ve met a lot of dancers who have said they want to act but aren’t ready to start small. Go out and get involved any way you can. It is rare to be given that ideal role straight up. Get interested; join an actor’s center. Say ‘yes’ to short films with film students, and remember, ‘persistence is more important than talent alone’ (Einstein). Believe that it is possible, and don’t judge those who don’t. You are one person, one body and a whole pile of skills that you can take to any medium of performance.”

With so much dance experience and training and now returning to stage, we asked Gamblin if there was the slight chance we may get to see him move on stage. “Hmmm, not sure yet,” he reveals. “There might be a ‘slow romantic dance’ in there somewhere…”

Returning to live performance after many years on screen, Gamblin has his ritual ready to go to keep the show fresh each night. “Yoga, meditation and mindfulness exercises, and voice work,” he says. “Small amounts of carbs, and ginger tea. Then it’s time to embrace another opportunity to be present in the moment knowing each audience is different and that each show will be different. Can I get there each show? That’s the beauty in finding presence in the now.”

The Bodyguard is currently running in Sydney, before moving to Brisbane from July 19, and Melbourne from August 24. For more information on tickets, visit http://www.thebodyguardmusical.com.au/.