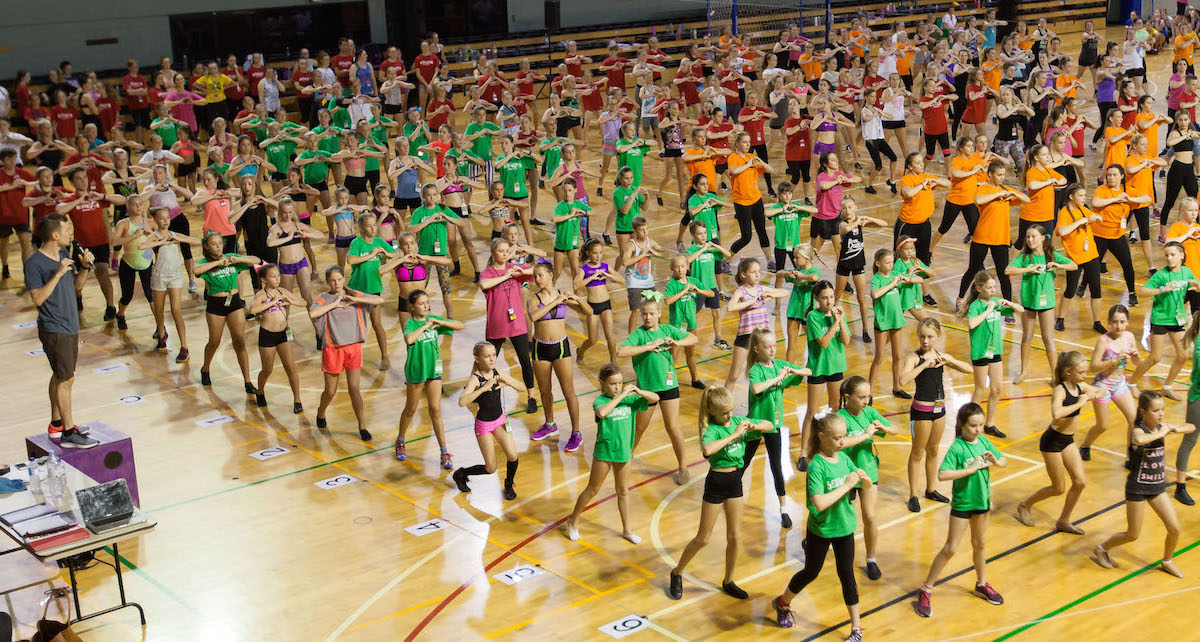 For over 30 years, Harvest Rain has produced theatre and nurtured up-and-coming Australian talent with a focus on helping creative young people reach for the stars and achieve their dreams while also creating stunning entertainment experiences for Australian audiences.

Since 2014, the company has turned to creating and touring large-scale arena productions of well-known musicals to give the opportunity to thousands of young performers to perform with artists they may consider as idols.

“Our production of Grease will be an arena experience starring the likes of Dami Im, Jemma Rix and some other really incredible upcoming performers like Drew Weston, Megan O’Shae and Lauren McKenna,” says Callum Mansfield, the choreographer of Grease – The Arena Experience and Harvest Rain alumni.

As a young performer in the original Boy from Oz, Mansfield joined Harvest Rain to satisfy his inner theatre bug. He jokes that in the beginning he spent much time as “the third tree from the left in show after show” but soon started challenging himself by learning everyone else’s choreography, which eventually turned into a new role.

“I was 17 when Harvest Rain asked me to choreograph Cats and, you wouldn’t believe it, but Geoffrey Garratt [Skimbleshanks from the filmed version of Cats] turned up to see the show one evening,” Mansfield recalls. “He is a very generous human being who saw something in my work and took me under his wing as his choreographic assistant on the Australian Tour of Mary Poppins.”

Mansfield describes his life since then as being “hashtag blessed” by working on national touring productions including The King and I and Dirty Dancing but acknowledges his two most important roles as being a husband and father to two sons. “Balancing the touring life and family life is not simple, so when the opportunity arose to work with Harvest Rain again on developing the arena productions back in my home town, I jumped on board,” he says.

Harvest Rain continues to successfully use the arena-style setting, which Mansfield enjoys and suggests the audiences do, too, perhaps because of “our grand-stand-sporting-match culture or whether it’s just the vibe you get from sitting in an audience with thousands of people, it seems that productions in the arena really are an experience in and of themselves.”

“I have a real sweet tooth for directing and choreographing big arena-style productions,” he adds. “I really love working with thousands of people on a large scale to bring musicals like Cats (2014), Hairspray (2016) and now Grease (2017) to life.”

Although Grease is well known and includes some iconic dance scenes and movements, this production will recreate them in a modern way, and Mansfield suggests that “Greased Lightning” will be one scene to look out for. “With Grease as an arena experience, I’m most looking forward to showing audiences ‘Greased Lightning’ in the arena,” he shares. “Usually the lack of space restricts what you can do with a car on stage, but not in the arena. This production will definitely celebrate the iconic moments of Grease but in a punchy, fresh and exciting way.” Without saying how, Mansfield quips, “You’ll have to come to see the production to find out what I mean!”

He continues, “I’m also looking forward to the ‘High School Hop’ scene that opens Act 2. With hundreds of teenagers and a stage that is bigger than a school gymnasium, we can re-create a real school dance! Can you imagine an entire school doing ‘Born to Hand Jive’ live in front of you? These are the kinds of fun things the arena gives us the freedom to explore.

“I think audiences will in this way connect with the story like they remember it from the film, but this version of Grease is being presented in a way that will have literally never seen it before. The massed ensemble of teenagers help create a really authentic feeling to the production whilst at the same time allowing this production to hit new levels of spectacular!”

Mansfield describes the uniqueness of Harvest Rain as providing both a training experience coupled with a professional production simultaneously. “At the centre of the production, we usually have a cast of about 30 professional performers (who in the past have included stars like Marina Prior, Christine Anu, Simon Burke, Tim Campbell and Amanda Muggleton),” he says. “Then supporting these artists is an ensemble of almost 1,000 young performers who have the opportunity to not just meet and work with the stars but perform alongside them night after night”

He adds, “[For Grease], the principal company has already been cast, but we pick hundreds and hundreds of new performers in each city to join the massed ensemble, so there are still ways to join the cast for any young performers interested. After Brisbane, the show has been confirmed to go to Newcastle, Adelaide, Sydney and beyond.”

After 40 years since the original movie release, Grease is still so loved by audiences, and with the classic story still at play, this arena version will undoubtedly be a big hit, Mansfield believes. “Oh, Grease! Who doesn’t love Grease? I think Grease is a success is because the music is exceptional, literally some of the most famous music in the world. It has been put to a story that is not about a hero or heroine defeating a villain but instead to a simple story about a group of teenagers who are in love. Whether they are in love with each other or with cars or with fashion or beauty…or even food, they are teenagers in love, and we can all relate to that.”

To see when Grease –The Arena Experience is auditioning in your state, show dates and ticketing information, visit www.greasearenashow.com or www.harvestrain.com.au.