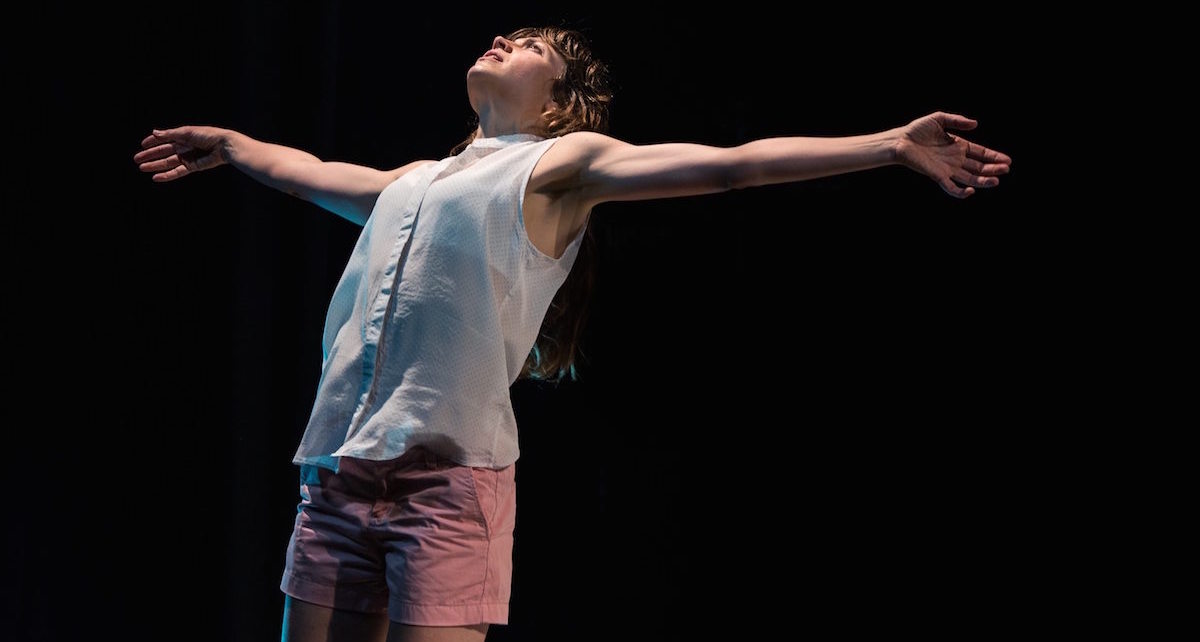 Is there anything more narcissistic than an artist? How about an artist/philosopher? A really smart, self-aware, irreverent and brilliantly funny one at that; one who turns her own navel gazing inside out and splatters the contents of reflection and refraction all over herself, her practise and the audience.

There is, quite simply, something dextrously ruthless about the one woman force that is Nicola Gunn. Indeed, there is an almost ritual savagery to Piece For Person and Ghetto Blaster. Aside from the critical adjectives – add them up: satirical, self-effacing, digressive, provocative and all the rest – it is nigh impossible to say with any authority what is real and what is genius artifice in this multi-layered feedback loop of a solo show. Is this incredible, breathtaking honesty or simply the artistic appropriation and disgorging of self for the sake of spectacle? Or both? Either way, there is delight in the ambiguity. After all, artists do this all the time, she reminds us more than once throughout.

In simple terms, Ghetto Blaster begins beside a canal in Belgium with a man throwing stones at a duck. From there, Gunn teases out a riverine sequence of moral, comic and socio-cultural possibilities. Along the way she drops in Agatha Christie, adultery, personal accountability, social media venting and the refined onanism of performance art.

And somehow, amidst all this clever wordplay, she executes a breathless array of moves. Having teamed up with choreographer Jo Lloyd, Gunn has punctuated Ghetto Blaster with a physicality that is more athletic and gymnastic than typically “dancey”. That said, this kinetic weave is anything but an after-thought, a cheap ticket to inclusion in this year’s Dance Massive festival. In fact, Gunn’s obvious exertion, the sometimes frantic feel of the movement and its sheer sweat producing effort, perfectly underline the fraught coils of her pacy monologue. As she works herself with playful mania toward the show’s gratifying meta climax, her body traces an almost sexual arc.

In the troubled world of “dance with text”, this is the undisputed champion. Gunn and Lloyd have sculpted a fizzing, hyper-intelligent physical rant. It is unfair even to consider them as separate elements, so adroitly are they fused. So beautifully do they move together.

Rarer still to encounter performance that so thoroughly empties its own box of tricks; that has you wondering whether you’ve been let in on a secret or been made the utmost fool of. Should we be confronting Gunn with her questionable moral choices as she did with the man and the duck, or should we just laugh along and relish the fact that she is au fait enough to pull off Marina Abramovic gags? Maybe, as the writer Patrick White might have said, Gunn is the Vivisector and all of us (herself included), the vivisected.

Putting aside the endless loop of analysis and reference, however, we can be absolutely certain that Piece For Person and Ghetto Blaster will take us on an idiosyncratic and hilariously informative ride. All we need do is get on and hold on. And maybe keep a mirror handy.