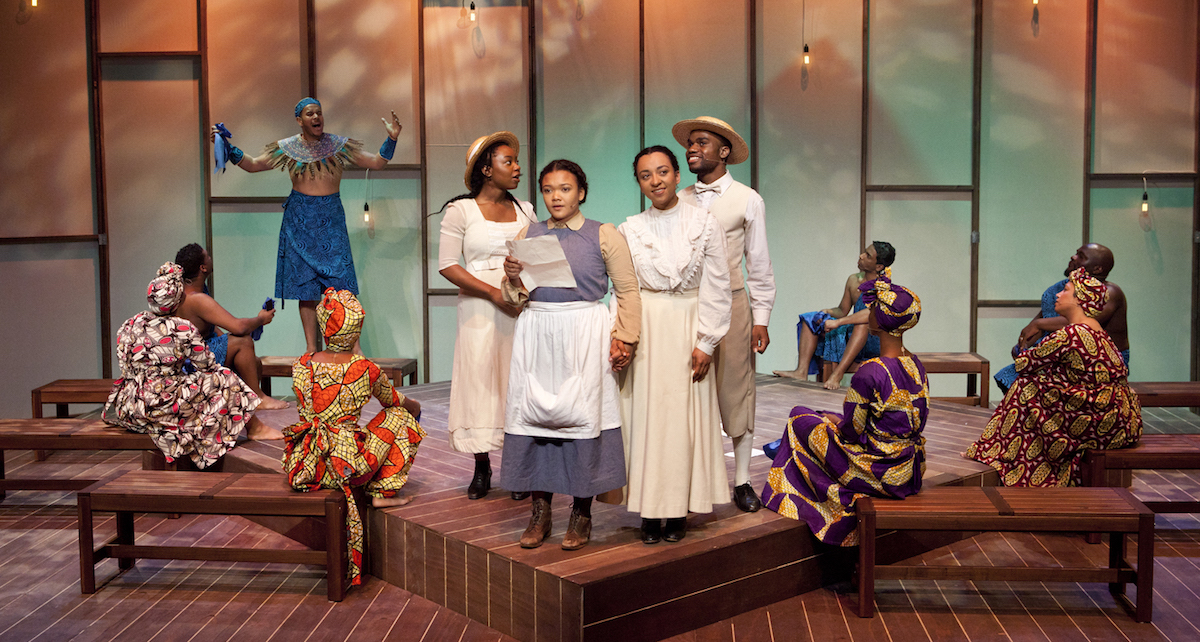 Based upon the novel written by Alice Walker and the feature film of the same name, The Color Purple was produced on Broadway by Oprah Winfrey, Scott Sanders, Roy Furman and Quincy Jones. Thanks to Katherine Armstrong and Robbie Carmellotti of StageArt, the Tony Award-winning musical has been restaged for Melbourne audiences. Featuring an Australian cast, The Color Purple is a heartening tale that is a testament to the healing power of love and faith.

At the helm of the local production is Jayden Hicks, one of Australia’s most talented dancers and choreographers. A Green Room Award nominee and noted Dancer to Watch, he is in constant demand as both a performer and creator. The Color Purple is his first foray into musical theatre choreography, so Dance Informa set out to discover what the experience was like for Jayden.

Not only have you just choreographed your first musical, you’ve choreographed a production of Tony Award-winning musical The Color Purple. How daunting was it taking on the challenge?

“This was quite a daunting challenge! But I was excited to see how my experience in the contemporary dance scene could translate into movement that enhances the power of this story.”

How is choreographing a musical different to a pure dance show?

“It’s very different, and I believe it to be a completely separate skill set to choreographing contemporary work. It takes innovation in simplicity, giving the performers the perfect balance of structure and freedom.”

What did you do to prepare for the process?

“Within this show, there are a lot of styles and eras touched on. In preparation, I tried to immerse myself in as much media relating to the lifestyle in rural Georgia as I could. As well as familiarising myself with different African tribal dances and traditions. Even with the big production number ‘Push Da Button’, finding the influences from Memphis and getting to have some fun with that ’40s prohibition era.”

What surprised you about the process?

“What surprised me the most was the response from the cast. This is my first time having to set work on primarily singer/actors. The knowledge of my body as a dancer that I can so take for granted passed onto these performers is so beneficial and can make something so simple completely transform.”

What difficulties did you face, and how did you overcome them?

“This was such a smooth process! The biggest difficulty simply being that push for creativity. We (myself, alongside Director Robbie Carmellotti) worked with a very simple stage plan. There is nowhere to hide on this stage, and for each song we needed to create dramatic time travel and location changes using just eight benches. We experimented a lot, and I believe it is the simplicity of these production elements that gives the performers the main focus they deserve.”

How did you feel on opening night, and how has the show been received so far?

“Opening night was an absolute buzz! I have learned that I handle my nerves much better being on the stage! But people have been receiving the show so well. There have been such lovely comments made about the movement component of the show. The cast have been incredible to work with, and I appreciate the attention and respect they have given me.”

Will there be more musicals in your future?

“I would love to work on more musical theatre in the future. After experiencing how a contemporary choreographer’s point of view can add a completely different element to a show, I see potential for great collaboration of these styles in the future.”

What other projects do you have coming up, and will you continue to dance or further your career from the wings?

“Although I love creating and choreographing, I am an on-stage performer through and through, and I will be continuing to perform until my body tells me to stop! But I feel very lucky to have these creative experiences as a creator so early in my career.

I have many productions upcoming! I have choreographed a new contemporary dance work, PATCH, for Origins Dance Company, premiering October 20. Also performing in the return season of Yours Truly  with Transit Dance Company, of which I was nominated for a Green Room Award in 2013, at the Whitehorse Centre on November 8. Tickets are available now!”

For tickets to Transit Dance Company’s Yours Truly, presented at the Whitehorse Centre on Tuesday 8 November, click here.