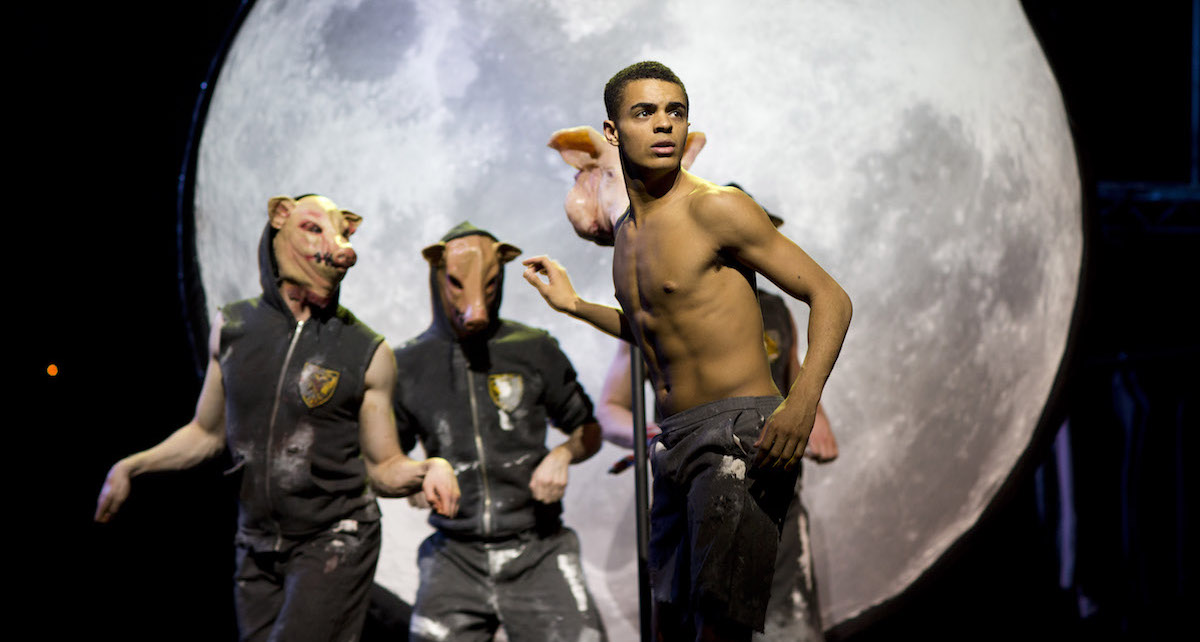 It’s an internationally renowned director and dance company, and they’ve chosen The Arts Centre Melbourne as their first partner outside Britain to present a dance theatre production that could change the lives of Victorian boys who may never have dreamed they would dance.

The Director is Sir Matthew Bourne OBE, widely considered to be the UK’s most popular and awarded choreographer, and the company is New Adventures, which was formed by Bourne and his co-director Robert Nobel in 2002.

The production is William Golding’s 1954 best-selling novel, Lord of the Flies, a tale of boys and bullying, and the savagery that can arise in the absence of the restraints of civilisation. 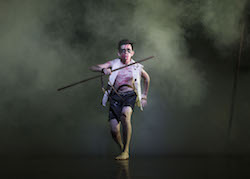 ‘Lord of the Flies’. Photo by Helen Maybanks.

Jerry Remkes, performing arts programmer at The Arts Centre Melbourne, has played a large role in bringing Lord of the Flies to Melbourne. Here, Dance Informa speaks with him about what is so special about this production, and why Melbourne has been chosen for the production’s international debut.

“Apart from being a large scale production, what is unique is that it doesn’t just feature professional dancers but also a big cast of young, non-professional dancers aged between 12-22 years,” Remkes reveals. “Those dancers will be recruited over an extensive community outreach program, conducted in collaboration with a great number of community organisations and schools. So that element of the show is unique – to connect a world class international dance company with a group of young Victorians, all male, who may have never have imagined themselves onstage.”

Remkes is proud that New Adventures has chosen to present the work with The Arts Centre Melbourne.  “The company has very consciously decided that the only place where they would feel comfortable doing this project outside the UK is The Arts Centre,” he says. “We’ve been working with them over the past three years to prepare this project, and they feel that we absolutely get it. It’s a huge compliment for The Arts Centre and our participation team who have done quite a lot of community outreach projects and understand what that it takes and how to relate to community groups.”

He adds, “We’ve presented the company before, probably about 10 years ago. When New Adventures started a charitable arm of the organisation about five years ago, Re:Bourne, the executive director got in touch with us about this idea. It’s a very complex project. Very different from buying a show and just presenting it, so they needed to be sure we were really committed and could connect with the broader community.”

The project is a great fit for The Arts Centre Melbourne, as its core mission is to be a place for all Victorians.

“A lot of our projects are all about providing access, making people feel welcome, taking away barriers, whether they are financial, or just not knowing what to expect, feeling intimidated.” says Remke. “And this project is such a huge opportunity to go out to these communities. We are not trying to get them into the theatre at first. That experience of the workshops is something boys can do where they feel safe and it’s their own environment. So in that way, it’s a fantastic project for The Arts Centre and an example of how we try to open up the organisation. And hopefully once people have been here, they’ll feel more at ease.” 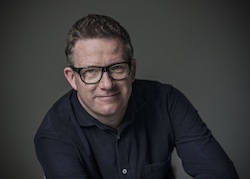 The Arts Centre Melbourne and its Participation Team has undertaken a number of big community outreach projects in the last three years, and make a big effort to go out into the community to reach people in ways that don’t include buying tickets or sitting in a theatre. Two recent examples involved placing 80 pianos decorated by community groups put in different spots throughout the city where anyone could play them, and a building a 2.5km line of big concrete bricks to create a dominoes line throughout the city.

The community outreach element of the production means that young boys and men across Victoria will have the chance to participate in movement workshops. Remkes stresses that the participants won’t just be thrown into dance “but will work with movement and, hopefully, change a lot of boys’ perception of dance and how they relate to it”.

He continues, “[Dance] is generally not a profession boys easily associate themselves with. This [production] is really aimed at helping turn these kinds of stereotypes around. To have boys experience that physical movement and dance is something that’s available to them as well. To have them understand that actually for some of them it might even be a career option.”

Bourne himself didn’t begin his dance training until the age of 22, and he has a track record of creating dance theatre works with predominantly male dancers, such as his famous adaption of Swan Lake featuring male swans. But Lord of the Flies is the first all-male production he has done, as he revealed in an interview with the ABC Breakfast Program.

“There is something about the brotherhood of men getting together, young men particularly, and sharing with each other and not having the inhibitions that might be there is there are women and young girls there as well,” Bourne explained. “For me, it’s a powerful expression of masculinity but also other sides of the male character.”

Commenting on the roles for young, untrained boys and men in the ABC interview, Bourne said, “The story lends itself to young people who are essentially quite raw because that’s the story about these young guys who suddenly turn, gradually turn savage  …. the movement of that you don’t want it to be technical really, you want it to be coming from inside, coming from a kind of raw passion.”

In speaking about the community outreach element of the project, Remkes notes that they also hope to change perceptions that dance is an exclusive or elitist pursuit. It’s not just the boys and young men who will participate in workshops and those who will eventually be cast that will benefit from this large scale project.

“We’ll need 24 boys in the show, so we’ll probably want to see about 150-200 in the audition, so we need to reach that number of boys over the coming months,” he explains. 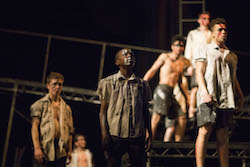 ‘Lord of the Flies’. Photo by Helen Maybanks.

Remkes stresses that they are not just looking for boys who already dance, and that they’d like to make sure the opportunity is available to boys and young men from Indigenous communities, recent immigrants, those experiencing socioeconomic disadvantage, as well as regional and remote communities.

“We want to be sure we’re not just going to the obvious places – dance schools, secondary schools with dance programs, because that is not the focus of this program,” he says. ‘We will need a few boys with a background in dance, because there are parts with quite complex choreography, but the real opportunity of this show is that we are able to go to new communities that are not easy picks.”

Elaborating on this, Remkes speaks about the potential for the project “to connect all the different sub-communities in our city and wider Victoria. The company has done this project in the UK in 14 different cities, so they have a lot of experience and are very good at understanding the effects, not just on the boys who participate, but in many cases on the whole social surroundings, for families as well, bringing people into the theatre who may never have set foot into a theatre.”

It’s not just the community outreach that makes this production of Lord of the Flies such a good fit for engaging audiences who are not necessarily familiar with contemporary dance. As Bourne revealed in the ABC Breakfast interview, it is a work that aims to connect with people.

“I like a company that is very generous with audiences … with dancers who are passionate to give something to the audience about telling stories,” he said. “I’m all about breaking down the barriers. A lot of people decide they don’t like dance or they won’t understand it … My principle really is to tell a story, you don’t need to have read anything or know anything before they come and see it. I think all arts should connect with people. The work should connect. It should relate to people. If it doesn’t, then what’s the point of it?”

The search across Victoria for boys and young men to be in the production, which will premiere on 5 April 2017, will be carried out from October to December this year. The Arts Centre Melbourne will work with partners in Greater Melbourne and regional Victoria to deliver free workshops for boys and young men between the ages of 12 and 22. The boys with the most potential (regardless of prior experience) will be encouraged to audition to be part of the full production season.

While details of the workshops are yet to be finalised, you can register interest to get involved via an online form available here.

Photo (top): ‘Lord of the Flies’. Photo by Helen Maybanks.