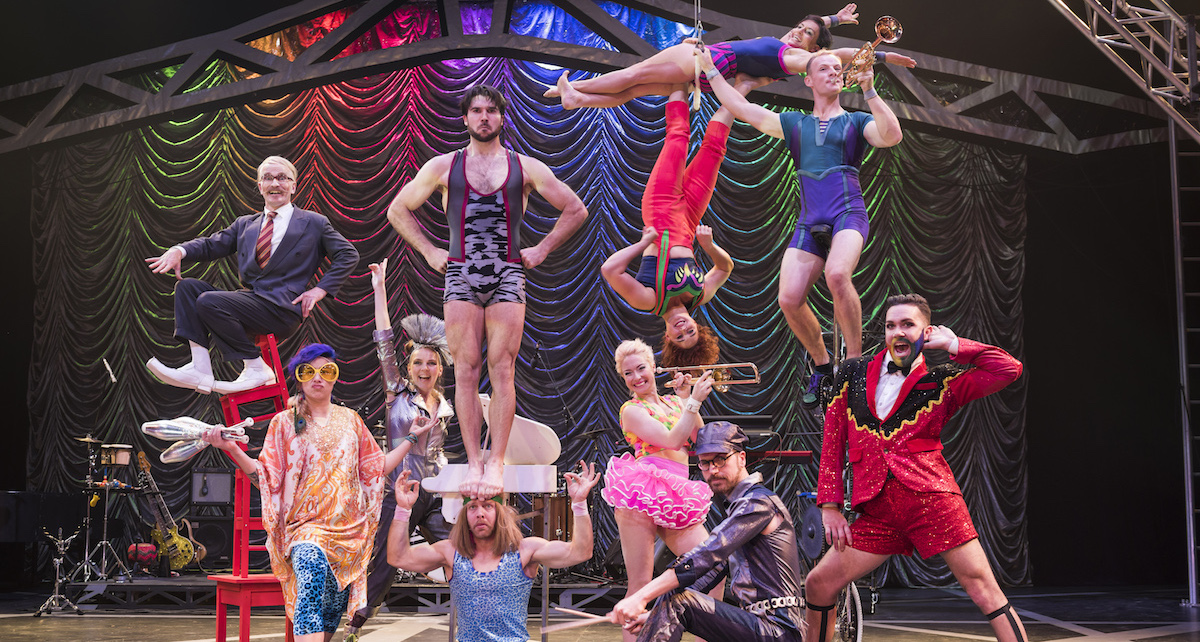 Going to the circus is the perfect thing to do on a winter’s night in Melbourne. Start with a stroll down the Yarra, but try not to fall for a fresh pad thai or any of the other street food on offer. Arrive at Birrarung Marr and enjoy the stunning Federation Bells before entering the Big Top. Inside, it’s warm, cosy and colourful, with food stalls, merchandise and a bar. Grab yourself some just-cooked Polish pierogi, even though you had a pad thai on the way. And now settle in for the ride.

Circus Oz’s latest show, TWENTYSIXTEEN, is presented by the camp, sequin-clad ringleader (Dale Woodbridge-Brown) and the gassy “levitation expert” Infinity Lovebeads (Flip Kammerer). Both incredible performers, Woodbridge-Brown was, for me, a highlight of the night. He had me from the endearingly flambuoyant delivery of his opening introduction — “I’m a triple threat: gay, indigenous, adopted” – and went on to wow with smooth, powerful acrobatics and precision comedic timing.

Another standout performer was Matt Wilson, who starred in my favourite acts of the show. Ever seen someone switch outfits with someone, while both parties are standing upright and one is standing on the other’s head? Yep, that happened. Wilson also impressed in a magical, surreal dream scene, balancing high on top of precariously-stacked red chairs. Throughout the entire show, Wilson’s hilariously serious, po-faced character stood out, and was completed by some excellent comic costuming, including giant white shoes.

Although much of TWENTYSIXTEEN was based in daring acrobatics, one of the more poignant moments rode sweetly in on one wheel. April Dawson and Kyle Raferty performed a romantic adagio pas de deux on a unicycle – a well-timed switch from the the high-energy, clanging percussion and punk rock numbers.

Circus Oz further topped off a brilliant show by inviting the audience to donate small change to the Asylum Seeker Resource Centre on the way out.

Circus Oz is now on a nationwide tour. Tickets and details here.