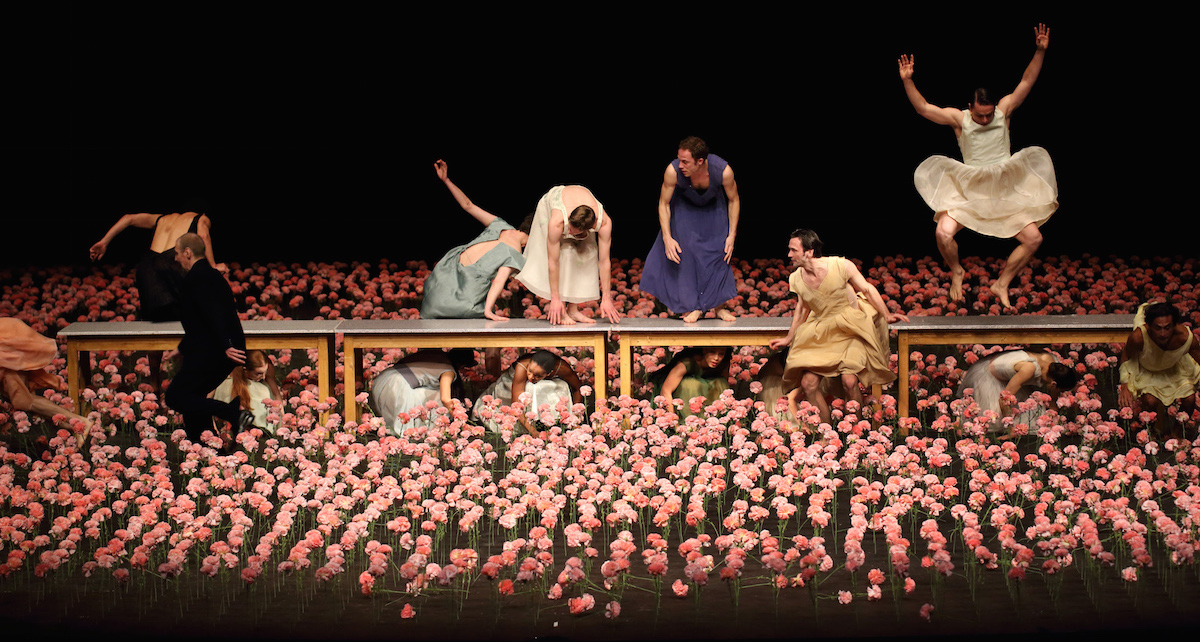 The late German choreographer Pina Bausch is known for pushing boundaries and creating the unexpected. Nelken (Carnations) is no exception. Nelken, presented at the Adelaide Festival of Arts for the work’s Australian premiere, is a bizarre, poetic and, at times, unnerving mixture of dance and theatre. First created in 1982, I suspect that Bausch wanted to challenge the stereotype of what a dance show must be and what an audience expects, as she only gave us glimpses of what we yearned to see and blatantly poked fun at traditional dance performances. 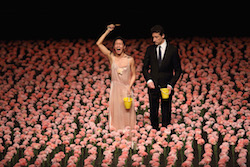 Our breath was taken away immediately upon entering the theatre, as the stage was full of carnations all standing on end. What a stunning sight! Our eyes filled with wonderment. How will the dancers move on stage? Will they prance and leap through the gorgeous flowers? Romance was certainly in the air, and we sat with baited breath. During the two-hour show with no interval, however, there really wasn’t a lot of dancing, particularly leaping, and there was not one romantic pas de deux. Instead, there were Alsatians, cardboard boxes, scaffolding, chairs and tables. There was also pouring dirt on heads, potato peeling, face-diving into diced onions, slapping and bleating like farm animals. And there was a topless dancer holding a piano accordion and men in dresses.

There were many exhilarating moments – heart-wrenching expressions and militant-like powerful movement phases in repetition. These were the highlight. There were also, however, many slow moments during which the audience wondered what on earth would happen next, if anything exciting. We began to expect the unexpected and slowly realised that we probably weren’t going to see the contemporary dance show we had hoped for.

Bausch was a genius. There is no arguing that. She was bold, creative and passionate. Her mixture of dance and theatre has shaped contemporary dance today and has challenged audiences worldwide. But Nelken is challenging and an acquired taste. While watching, I was a little bewildered, but as the moments of the show stewed in my mind over the next week, I began to develop a real appreciation for the work.

I heard several audience members asking their peers, “What is going on? I don’t understand this at all.” But other audience members gave a roaring standing ovation. Either way, if you loved it or hated it, Nelken will always remain in your memory, and Bausch has once again left her mark.