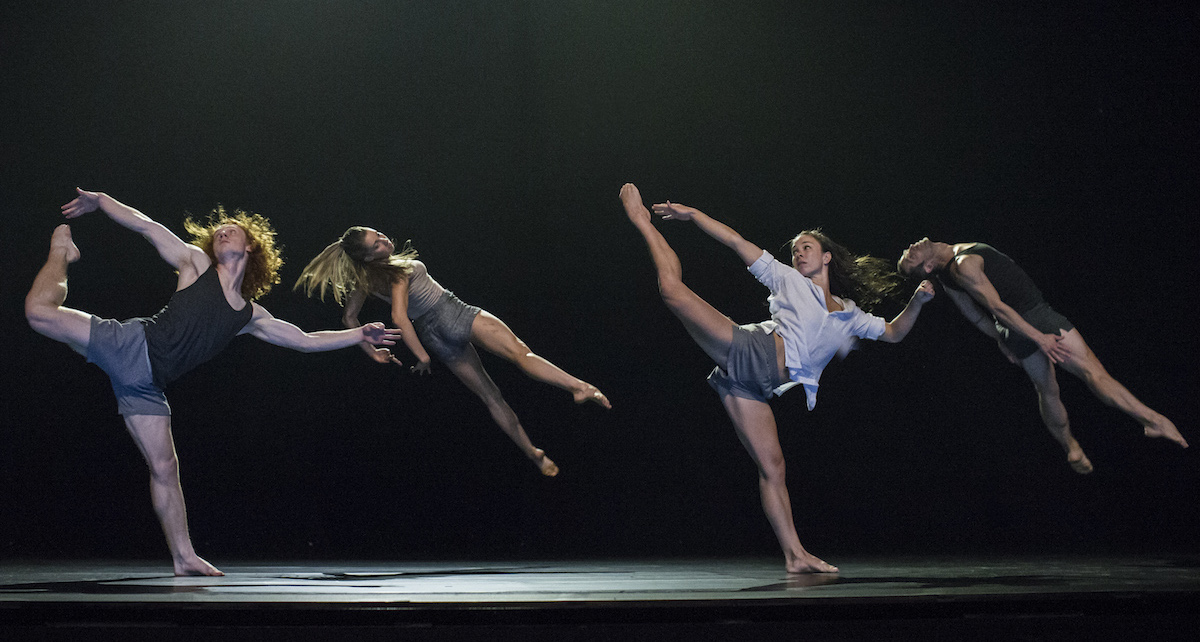 As its name suggests, Cacti is a prickly comic examination of the dynamic found at the centre of modern dance and the subsequent critical reception, determined by sanctioned critics. Ekman poses the questions, “Who reviews the critics?” and “Who decides who gets to review?”

Cacti is a bold interplay of dancers performing on, over and with large white boards that could be either blank canvases or the mounting for individual human “installations”. These white blocks or frames suggest perhaps that each dancer is unique in his/her own creation, although isolated, with no initial contact with the other “exhibits”. Along with the movement, we are either spasmodically teased by the overlaying smug voice critiquing the idea of art or verbalising the potential train of thoughts running through two dancers’ heads.

Cacti was developed in 2010 by Ekman, who, still fresh and raw from the stings of some earlier critical appraisal, decided to respond in his own inimitable dance way. Much of Cacti seems to be a parody of an artistic review, where the dancers both challenge and play up to the pretentiousness surrounding the world of art in its various forms. We are treated to an intriguing and caustically comic work.

It is a witty work that highlights each dancer and allows his/her individual character to come through on their separated white blocks as they writhe, move and beat out rhythms on both bodies and blocks. The group interaction is equally engaging with strong synchronisation, whilst maintaining individual quirkiness. Technically, it provides a masterful use of space, allowing the dancers to bring both a lightness, as well as a sense of humour, to their work.

The use of clear, bright light highlighting the green against the white square mountings is visually stunning and quite beautiful, with its feel of postmodernism. Add to this a playful humour and the interaction of the musicians as they walk through the “exhibition”, it all combines to produce a mesmerising and memorable piece of dance/theatre. The highlight is when the individual cacti are wheeled onto the stage…just begging for a critical interpretation that grasps the meaning of it all.

In strong contrast to all this lightness and frivolity, Lux Tenebris takes us to a dark and murky space…with very little light at all.

Lux Tenebris, “light in darkness”, provides a dramatic counterpoint to the lightness, wit and awkwardness of Cacti. Opening with a shadowy world of flickering light and shadows, the dancers attack the space with a ferocious energy, running and launching themselves into each other, resembling part gang fight and part pretentious contemporary angst-driven dance moves.

While much of the work is bold, earnest and dead serious, it could seem like a machine in motion with only two speeds: fast and faster. As Bonachela explains, “We originally called this third section ‘speed of light’. How fast could we possibly go?” The dancers are unleashed onto the stage and fill it with as much angst-driven movement as possible; the dancing is striking and technically brilliant.

Nick Wales’s sonic landscape, which he describes as a “musical tug of war”, creates a setting that is driven by the dancers’ bodies and jars with its mash-up of urban electronica and field recordings with edgy distortions. The sonic tug of war strongly compliments the ensuing struggle between light and darkness, creating an eerily beautiful and anxiety-inducing effect.

Benjamin Cisterne explains that the inspiration for his lighting design was “the conversation between the macro and micro worlds we inhabit. That led to the development of this space divided by light, allowing the dance to explore spatial boundaries and cross them.”

Lux Tenebris involves a close dialogue between lighting design and dancing bodies. At times, these two are opposed, with the dancers struggling in the little space/light that is provided; whilst at other times, the lighting structure seems to form and marshal the dance itself.

The demands placed on the dancers in CounterMove are exceptional, with the company embracing the challenge. Staging two such contrasting works without fusing or blending the essence of each, nor diminishing their individual impact, is testament to the company’s mastery of range and discipline.

The synchronicity, combined with technique and control, also reflects the company’s developing maturity. As they head to Europe to perform at STEPS dance festival in Switzerland, there will be no doubt as to the respect they will command.