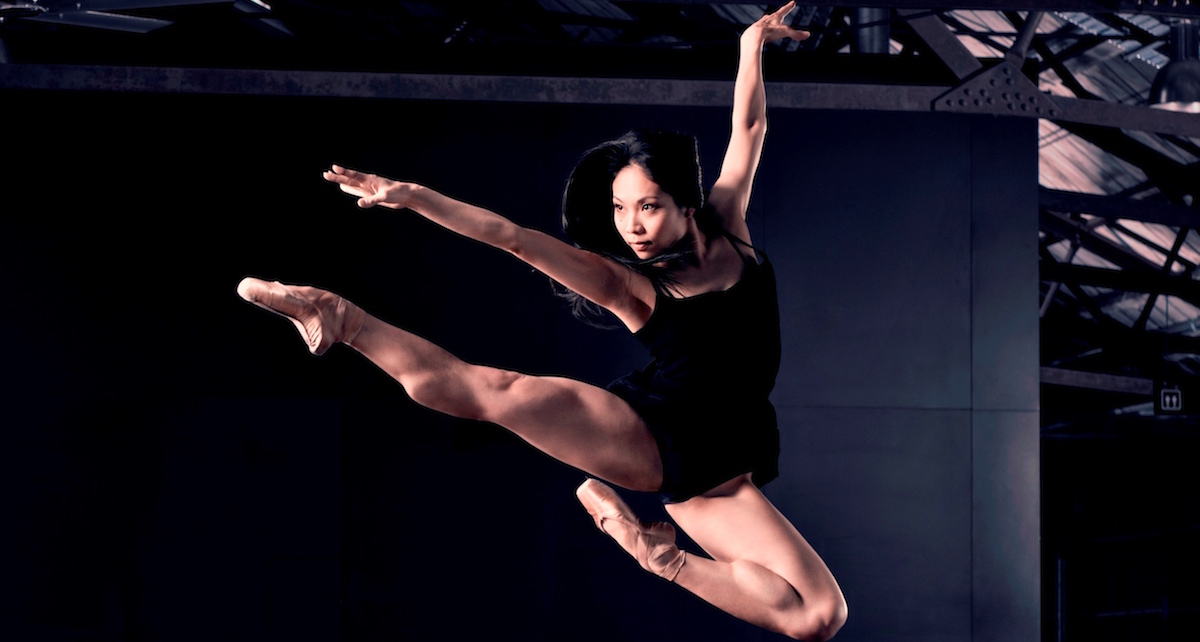 New Zealand School of Dance (NZSD) is offering a Contemporary Intensive Programme, 19-20 March at Wellesley Studios in Auckland. The Programme is for dancers aged 16 to 18 years, with a sound knowledge of contemporary dance and interest in dance as a career.

This event is the first in a series of three planned for 2016, with 20 participants from the March weekend being selected to attend the remaining two sessions scheduled for June and September. Led by a member of the NZSD faculty, the programme covers key aspects of the contemporary discipline, including technique classes, improvisation, contact and partnering, tumbling, yoga and composition.

NZSD students will perform a powhiri to welcome international dance artists to the New Zealand Festival. This School’s association with this national event continues, with the festival providing an exclusive workshop opportunity for the students. Chunky Move Director Anouk van Dijk will visit the School to teach NZSD students and a selected group of dance professionals during her company’s festival season.

Next year will be the School’s 50th anniversary. To mark the beginning of the lead-up to this exciting event, the NZSD will be hosting a High Tea on 2 April in Wellington with international dance luminary Darcey Bussell, who is visiting New Zealand exclusively for this occasion. Find details on NZSD events at www.nzschoolofdance.ac.nz

Auckland Live is bringing Nederlands Dans Theater (NDT) to Auckland for the first time this June, for an exclusive New Zealand season. This is a rare opportunity to experience one of the world’s finest contemporary dance companies at Auckland’s favourite theatre, The Civic, from 29 June to 2 July. NDT’s Auckland programme comprises four works by choreographers admired the world over. Two of the pieces – Woke Up Blind (Marco Goecke) and The Statement (Crystal Pite) – premiered this month in The Hague, receiving five star reviews. Auckland will be the first city outside The Netherlands to experience these works. Also on the bill are Safe as Houses and Stop-Motion, both by creative partners Sol Leon and Paul Lightfoot.

NDT is recognised as one of the most prolific and creative contemporary dance companies in the world. Under artistic guidance of Paul Lightfoot and based in The Hague, NDT dancers perform for over 115,000 visitors annually in Europe, USA, Asia and Australia. The multi-national company consists of 27 dancers from all over the world, varying in age between 24 and 41 years and each one excelling in their solo qualities. Tickets are now on sale through Ticketmaster.  www.aucklandlive.co.nz/ndt.

The Royal New Zealand Ballet (RNZB) has announced the appointment of Frances Turner as its executive director from 29 March 2016. For the past decade, Turner has been privileged to combine business skills and experience with her passion for the arts, being involved in the Tempo Festival and as co-founder of The New Zealand Dance Company. Turner is currently working with the partnership presenting Te Pö at the Auckland Arts Festival and New Zealand Festival in March.

Turner graduated from Penn State University with a Bachelor of Science Degree with a major in Accounting and is currently an arts executive and consultant. She has lived in New Zealand since 1993 after relocating from Washington, D.C. Her initial career was in business with roles in strategy, financial management and project management in the USA and in NZ. Most notably in New Zealand, she has worked for Ernst and Young and Carter Holt Harvey.

RNZB’s Artistic Director Francesco Ventriglia says, “I welcome Frances to the RNZB, and I look forward to sharing the leadership with her. Working together, I know the art and the beauty created with our artists will go from strength to strength, and every day we will be more and more proud to be the national ballet company of Aotearoa/New Zealand.”

Turner shares, “I believe I’ve been working throughout my career toward this role, and Executive Director of the RNZB is my dream role. I’ve attended performances of some the world’s leading dance companies around the globe, yet some of the most memorable performances and unique works I’ve seen have been performed by the RNZB. It’s important to look back – honouring the traditions of ballet – while we move forward, evolving and growing as a 21st century ballet company. I’d like to honour, with tremendous respect, the many great artists, staff, the Ministry of Culture and Heritage, audiences and vast number of funders, sponsors and supporters who have shaped the company since 1953 over its almost 63-year history.”

The New Zealand Dance Company is seeking a dancer with strong technique, partnering and improvisational skills for an Auckland based contract commencing 11 April-2 June, including a National Tour of Lumina. There is further potential for a contract from 18 July-27 August for the company’s new season premiere with Ross McCormack and Lina Limosani and in November with Michael Parmenter.

Date: Saturday 19 March 2016. Time: 1-6pm. Venue: Unitec Dance Studios: 35 Carrington Rd, Mt Albert, Auckland. To apply to audition, please email your CV, full-body and headshot and expression of interest to Artistic Assistant Caroline Bindon caroline.bindon@nzdc.org.nz. Applications close 4 March 2016. Applicants will be advised prior to the audition if they have secured an audition place.

Royal New Zealand Ballet’s Speed of Light, a mixed bill of three works by some of the world’s most important choreographers, will feature in both the New Zealand Festival (26-28 Feb) and the Auckland Arts Festival (2-6 March) before heading south to Christchurch (10-12 March) and Dunedin (16 March).

This is the first programme that Francesco Ventriglia has put together for the national ballet company of 34 dancers since becoming artistic director at the end of 2014. “For audiences to be able to see these large-scale international dance works in one night – is a gift!” he says. “It’s a great example of the type of work that I want to showcase in the future, while still embracing the past of amazing classical repertoire.  I’m delighted to have the opportunity to bring these pieces to New Zealand and to give our dancers the amazing experience of learning and performing them.’

Speed of Light includes William Forsythe’s revolutionary In the Middle, Somewhat Elevated, Andonis Foniadakis’ Selon désir, and Alexander Ekman’s Cacti. This is the first time in 12 years the RNZB will be part of the New Zealand Festival.

“We have many amazing talented dancers in New Zealand who need to be recognised, and this is just one way of highlighting the value of dance in our society,” says Anton Carter, chief executive of DANZ. Email danz@danz.org.nz or phone 04 801 9885 for more information.

Auckland Theatre Company (ATC), in partnership with its new exclusive principal sponsor, ASB, has announced that the ASB season of Billy Elliot the Musical will be the debut production in the new ASB Waterfront Theatre from Friday 7 October, 2016.

Set in a northern mining town against the background of the 1984 miners’ strike, Billy Elliot the Musical is the inspirational story of a boy’s struggle against the odds to make his dream come true. A regular 11-year-old lad, Billy discovers he prefers a ballet class to his regular boxing lesson. While boys doing ballet is an issue for his macho father and brother, Billy eventually wins over his family and the entire community, with the support of his beloved teacher and passion for dance.