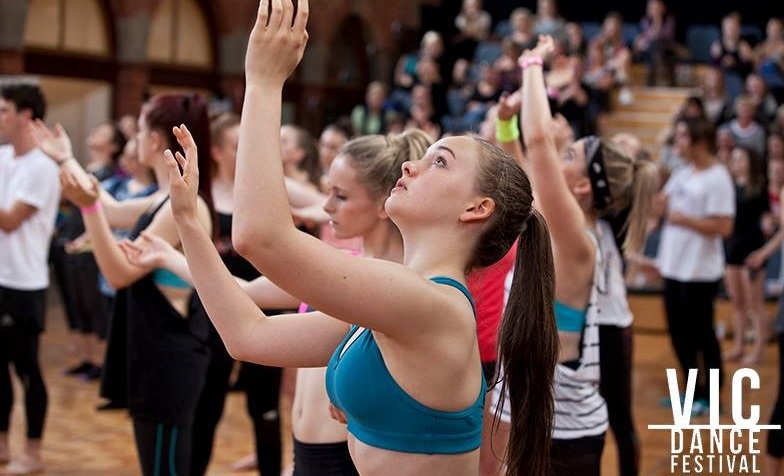 Two choreographers — Jack May and Donnie Dimase — have been offered highly competitive paid opportunities to teach and showcase their choreography at the 2016 Victorian Dance Festival (VDF). They are recipients of the Festival’s newly-created Emerging Choreographers Initiative, a grant designed to give choreographers a platform to share their work, develop their craft and perform. The 2016 VDF will be held in Warrnambool on 15-17 April with a line-up of some of Australia’s best choreographers, including Yvette Lee, Marko Panzic, Paul Malek, Robert McLean, Stephen Tannos, Kelly Aykers and Lucy Doherty.

May discovered his passion for hip hop/funk at the age of 14. Representing the Australian Capital Territory in national dance events and freestyle competitions during his teens, in 2009 and 2010 he travelled to Los Angeles to work with leading choreographers and train in other styles of movement. He now lives in Melbourne, teaching hip hop and contemporary at several full-time dance institutions and developing his craft as an urban choreographer. He is elated to be given the opportunity to showcase his expertise at VDF 2016.

“Dancers are dreamers,” May says. “They work day and night for extremely limited opportunities. A grant like this makes it possible for those boundaries to be temporarily lifted. The choreographic industry is not easy; there are never-ending numbers of people attempting to create names for themselves, so to be provided the opportunity to stand in front of a large crowd is a blessing for someone such as myself.”

“To mentor and showcase my work alongside Australia’s established working choreographers in such a rewarding and passionate environment makes this opportunity huge for me,” Dimase says. “I’ve been to the event the last two years, and the chance to guide Australian dancers on such a big scale is thoroughly gratifying.”

Both choreographers are hoping to put together new works for the gala. “As the gala is such a diverse and vibrant celebration of dance, I’m wanting to create a high energy, fun and ferocious work,” shares Dimase. “I’m currently in the process of workshopping choreography with the dancers and experimenting with various commercial styles.”

Describing his dance style, Dimase says audience members unfamiliar with his work can expect something “that doesn’t easily fit into categories as urban or commercial dance as I fuse it with various styles, including vogue and waacking, to create a vibrant and fierce style.”

Like Dimase, May is still in the early stages of developing his work but knows it will bear the hallmarks of his unique style. “Most choreographers have their individual spark or flavour that make them look unique,” May adds, “and my choreography is largely about finding pathways and connecting shapes that seamlessly intertwine like an energy continuously flowing through the body. It’s difficult to describe!” His works are products of a highly personal choreographic process.

“When I create, the hardest part is choosing a song,” May explains. “Once I have found something, I like I listen to it over and over to learn every individual sound and rhythm. Then I begin to ‘beat map’. This process involves selecting the noises I want to catch and creating a syncopated rhythm that tells a story. During this phase, I attempt to transpose different sounds such as pitch or trills into potential movements. Once I have the beats mapped, I begin the actual choreographic stage — this is the fun part — where I associate movement with sound.”

Apart from their strong choreographic track records, the pair was also chosen for their proven commitment to dancers. Both take their responsibility as mentors and teachers very seriously.

“In my opinion, a good choreographer is generally not defined by his or her ability to dance but by one’s ability to inspire others, too,” says May. “Interestingly, some of the most respected choreographers are not the greatest dancers. I believe my ability to create an atmosphere in the classroom is one of my greatest strengths, and my movement and style is influenced by the many dancers who inspire me.”

Last year, May opened his own dance school called Momentum Arts Studios, which he describes as “my proudest accomplishment, as it’s something I’ve been wanting to do for several years.”

During his festival workshops, May intends to lead students through a number of motions that make up the foundations of a hip hop style. “If I can walk away from the festival having inspired one person, I will be happy,” he says. “It is incredible to know that you have motivated another to become better. I want my class to be as informative as it is fun, so hopefully students will take away something new, whether that be a brand new move, combination or something as simple as the name for a groove.”

Dimase, who has been nominated as Victoria’s favourite dance teacher by Ausdance in the past, shares that the key quality he would like to pass on to dancers under his instruction is confidence. “Technique and style is highly important within a dancer,” he adds, “but to perform with honest and authentic confidence is a beautiful and incredible thing. Many consider commercial and urban styles to be very sexual and raunchy, but I see them as being all about confidence and character.”

His programme will focus on commercial jazz techniques, blended with hip hop and influenced by the vogue, waacking and house elements that define his dance style.