New Zealand’s prestigious ballet scholarship has been awarded to 18-year-old Georgia Powley, a second-year student at the New Zealand School of Dance (NZSD), securing her a place with the Royal New Zealand Ballet (RNZB) for 2016. The scholarship, provided by the Todd Corporation, is awarded annually to an outstanding graduate of the NZSD. Another NZSD student, 18-year-old Felipe Domingos, a first-year student with the school, will also join the RNZB in 2016. RNZB’s artistic director has offered him a contract after seeing him develop in classes and during rehearsals over the course of 2015. 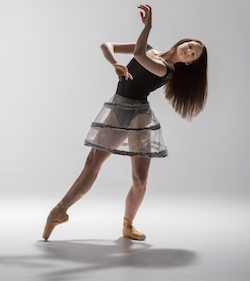 Powley and Domingos will join the RNZB on 11 January 2016, and head straight into rehearsals for the RNZB festival programme Speed of Light – a mixed bill of three larger-than-life contemporary works that will be part of the New Zealand Festival, Auckland Arts Festival and also tour to Christchurch and Dunedin.

In preparation for its 50th anniversary in 2017, the New Zealand School of Dance (NZSD) is holding a High Tea with international dance luminary Darcey Bussell on 2 April in Wellington. Bussell is visiting New Zealand exclusively for the event, which will mark the beginning of the exciting lead-up to NZSD’s anticipated celebrations.

Bussell was born in London, where she danced as a principal with The Royal Ballet – at the time the youngest ballerina to be given this honour. She has danced with many leading companies, including the New York City Ballet, the Kirov Ballet and The Australian Ballet. Bussell was awarded a CBE in 2006, received an honorary doctorate from Oxford University in 2009 and is Vice-President of the Royal Academy of Dance. She is currently a judge on the UK’s Strictly Come Dancing.

This exclusive fundraiser for the School’s 50th Anniversary includes delicious food, auction, dance performance by NZSD students, live music and a tutu display. In addition to the High Tea, there are a limited number of seats available to watch Bussell coach selected NZSD students earlier in the day. To book tickets, visit www.nzschoolofdance.ac.nz. 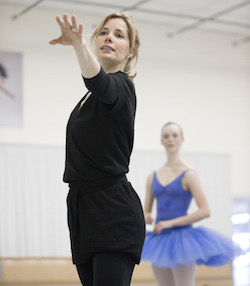 The New Zealand Dance Company is bringing its Youth Engagement Program (YEP) Summer School to Tauranga this month. Open to students ages 11 years and over, it promises to be an engaging week of dance, featuring master teacher Michael Parmenter and UNITEC graduate Ashleigh Coward. Students will learn from established and exciting choreographers in this unique opportunity of five days of contemporary technique, partnering and exciting repertoire, finishing with a performance for family and friends. Arts Laureate Michael Parmenter is one of New Zealand’s leading dancers and choreographers. Choreographing consistently for 30 years in New Zealand and internationally, Parmenter is a master teacher of contemporary dance and partnering. Coward is a fresh New Zealand choreographer known for her humorous works. As well as starting her own dance school, she also choreographs for several dance companies. Her workshops are inspired by a fusion of beat-boxing and movement in creating visual sound.