In the context of the prevailing culture of funding cutbacks, the arrival of the grandly anointed National Theatre of Parramatta (NTofP) is news indeed for a cash-strapped sector. That an ambitious, contemporary-focused, live arts flagship should set sail from Sydney’s burgeoning west is one thing, but at this level it’s a bold strike outward into a new theatre continent. 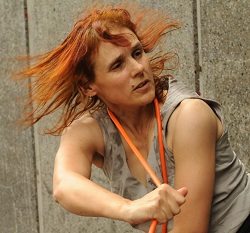 So, far from being dead, theatre, it seems, is not simply alive but positively dancing. The first year of programming will feature two of Australia’s leading dance makers working on new productions of two contemporary gems. Indeed, the presence of Kate Champion and Vicki van Hout on the artists’ roster for 2016 indicates something of the creative and community building ambition of NTofP.

As van Hout says, “It’s all happening out there. I don’t know who the town planner is, but the face of Parramatta is changing drastically. I’ve been collaborating with people out there substantially now for about seven years, and that’s really where most of my work is fuelled.”

Van Hout is one of the nation’s foremost indigenous choreographers, a former Bangarra dancer, a Wiradjuri woman and creator of works like Long Grass. For her, the chance to work on a new staging of Jane Harrison’s totemic play Stolen was too great a temptation to resist. 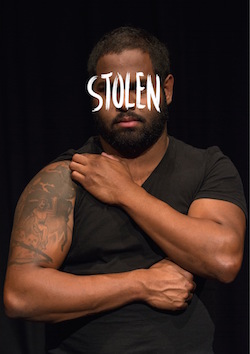 “It’s a part of our history, and I think all of our history should be embraced,” van Hout argues. “You know, the good, the bad and the ugly. It makes our mettle. It’s what shapes us as a nation.”

Dealing as it does with the Stolen Generations, Harrison’s acclaimed 1998 work represents both a cultural and choreographic coming together for van Hout. “Reading the script, I noticed there was a lot of scope for movement,” she explains. “The words are always heavily bound in action. I’m not going to let any cats out their bag, but I’ve been playing around with a few things. Some casting choices.”

At a deeper level, the characters and situations in Stolen, and the play’s staging in the hub of Australia’s ethnically diverse suburban heartland, also ring bells. “For children growing up in the 40s and 50s and 60s, it was a very different reality to what we have today, and I think it’s good for us to remember that,” van Hout digresses. “You know, everything is so accessible these days that we’ve forgotten how to live without, how to live with an absence of something.”

As a nationally recognised choreographer, we might expect van Hout to be wrestling with the challenging ideas of the day, but perhaps we might not be looking to find her doing so in the pure realm of theatre. 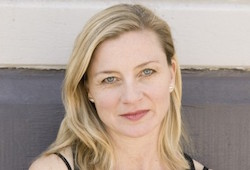 “I’ve not done a straight play,” she admits. “Sounds ridiculous, doesn’t it? ‘Straight play’. But you know, I’ve not done other people’s writing so much. I’ve collaborated, but I’d say I’d been very heavy on the writing and editing myself.”

Interpreting and evaluating received text is a distinctly different art challenge from that of being the fount of all things. “I’m venturing into something where I’m not always the mentor,” van Hout observes. “Not that that’s bad.”

For the NTofP, having luminaries like Champion and van Hout bring the “mover’s perspective” to their premiere season is also a challenge. Rather than merely opening a building, NTofP are on a broader mission. This, they contend, is the theatre of the Australian now. Not just its current affairs but also its people.

Choreographer van Hout is clearly inspired by that brief. “I’m really looking forward to it,” she enthuses. “It’s something I can really get my hands into.”