Australian Ballet Coryphée Benedicte Bemet has been named the 2015 winner of the Telstra Ballet Dancer Award. The news was announced recently at the Sydney Opera House. She won the grand prize of $20,000! 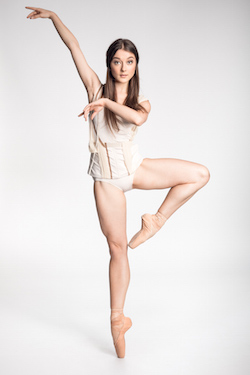 “We were called onto the stage, and David McAllister announced it,” recalls Bemet. “We were given bouquets of flowers and our trophies, and it was totally surreal. We had streamers! Yeah, it was a really nice moment.”

Bemet’s mum, fortunately, was in the audience to hear the good news. “Afterward, I met her at the stage door and we had a little celebration at home, a little bit of champagne, but then we had to go to sleep because I had rehearsals for the show the next day,” Bemet says. “I didn’t really get that much sleep that night because I was still bubbling!”

Despite the lack of R&R, Bene, as she is known to her friends, took to the stage in the lead role of Princess Aurora in The Sleeping Beauty the next night.

People’s Choice winner, Marcus Morelli, took home $5,000. “I was just kind of stunned,” he reflects. “I wasn’t really thinking straight away.” Currently a corps de ballet member with the company, Morelli cites past winners Kevin Jackson and Chengwu Guo as inspirations. “It’s kind of nice to draw the parallels between myself and, you know, my idols,” he continues.

“It’s such a big award in its value, and it means a lot because a lot of previous winners are a big inspiration to me,” Bemet adds. “To know that they’ve won and now so have I, it’s really humbling. I’m sort of in shock because I don’t see myself anywhere near as good as they are, but it’s nice to think that people can see that sort of potential in me!” 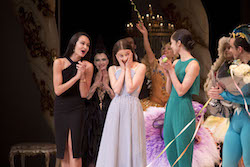 Bemet responds to winning the 2015 TBDA. Photo by Lisa Tomasetti.

“I went through the School, and I understand financially it can be very difficult,” she explains. “I know not every boy or girl has been as fortunate or lucky as I have been, so I would like to help out and give back a little bit and donate some money there.”

Born in Queensland’s Mackay, 21-year-old Bemet moved to the Gold Coast at a young age and first started dancing as early as three years old. Her family later moved to Hong Kong, where Bemet lived for four years, juggling high school and dance training. She returned to Australia to take up full-time training at The Australian Ballet School before joining the company in 2012. 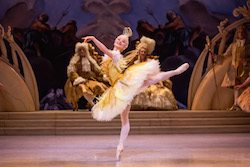 Bemet in ‘The Sleeping Beauty’ at Sydney Opera House. Photo by Daniel Boud.

“My family stayed in Hong Kong, and they ended up living there for about 10 years, so I got to travel back to Hong Kong a lot on my holidays to visit them,” she recalls fondly.

Morelli began his dance training in Melbourne at the age of seven, studying at the Jane Moore Academy of Ballet before joining the full-time programme at The Australian Ballet School. He joined the company in 2014. It was at the School that he and Bemet first met, and the two dancers have since developed a strong friendship. Morelli describes Bemet as “the sweetest girl. She’s super nice and always looking out for everyone. I think she’s incredibly deserving of winning the award simply because of the dancer and the person that she is. She’s very humble but also very determined and hungry for what she wants in her career, which I really respect. “

Bemet, meanwhile, labels Morelli “a legend”, describing him as “one of those people who will stop and ask you how you are and really mean it. If you were having a bad day, he would sit and chat with you for half an hour just listening. He’s so down-to-earth, one of the most down-to-earth people I know actually, I think, in this industry. He’s very honest, true to himself and very funny!” 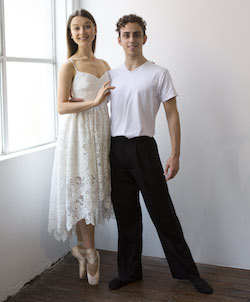 Both dancers have strong followings on Instagram — Bemet has over 6,700 followers while Morelli has over 1,200 followers — and understand their role as ambassadors for the company. When asked what messages and compliments she treasures most from her exchanges with her fans, Bemet responds, “I think what means the most to me are girls who are about 14 or 15, so, you know, they’re not adults but they’re really speaking for themselves. When they write messages, they say things like, ‘You don’t need to respond or anything, but I just want to thank you for reminding me why I dance.’ If I can have that effect on young girls, then that’s the most wonderful thing.”

Who knows? Among those young dance fans there may well be another future Telstra Ballet Dancer Award winner.

Dance Informa wishes Bene and Marcus the best of luck with their career. We are excited to see what the future holds for both of you!