For most dancers, the ultimate goal is to become a performer. Whether you are starting out, a struggling full-time student or an emerging professional, the dancer’s life, with its constant rehearsals, auditions and general nerves, is a path that culminates to the performance.

But the choreographer’s path is generally shrouded in a degree of mystery. It seems that some dancers with a creative streak emerge at the waning of their performance career with choreographic credits.

For those with a desire to create as well as perform, what is the process of honing one’s craft to become a choreographer? How does the transition from dancer to choreographer occur? Does it simply happen via osmosis? There are also non-performers who are drawn to creating dance — where do they start? 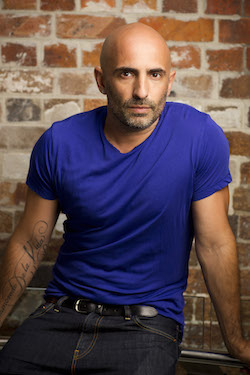 And who better to ask than Rafael Bonachela, Sydney Dance Company’s artistic director and world- renowned choreographer with a huge body of creative and collaborative work behind him. Bonachela also oversees the New Breed initiative, along with Lisa French, program director of Carriageworks. The program highlights and supports emerging choreographers, providing support and a platform to hone and showcase their ideas and work.

We asked Bonachela to share some of his experiences on the path as an emerging choreographer, as well as to outline some key qualities which may be required for anyone planning to head in the same direction.

#1. Know the source of your desire.

“When I was young, my favourite game was called ‘Make a Dance’,” Bonachela recalls. “I didn’t know that it was called choreography. It was most of the time the same steps repeated over and over, but, nevertheless, I loved putting steps to music, and I had all of my friends, from about the age of eight, learning my routines.”

Yet it was this spark that fueled his desire to create as well as to perform.

“It wasn’t until much later, when I started my dance training, at the age of 15, that I realised there was a profession called choreography and it was something that people actually did as a career,” he adds. “As soon as I had an opportunity to create choreography with my fellow students, I did.”

Fostering and exploring this desire is what gives shape to the direction and the choices that choreographers make throughout their careers. 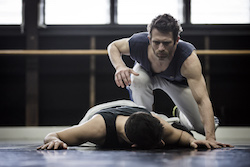 #2. Get into a space where dance is created.

While the desire to create dance has many different personal sources, the choreographer’s craft can only be learned and developed in spaces where the constant interplay between choreographer and dancers is played out.

This often means working in a world class company in any capacity and to be surrounded by the ground-level detail of creative production. This enables you to see how other choreographers work, how dancers are essential co-creators, and how to work with other professionals to build the various dimensions of a theatrical experience.

For Bonachela, “I was a professional dancer for 12 years in a company where I was able to work with a wide range of choreographers, and that was the best choreographic school I could have ever hoped for. I learnt the craft as I went. I was, as a dancer, part of different choreographic processes. I was interested, so I observed and soaked in all the information I could.” 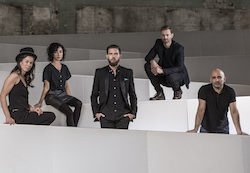 #3. Where and when opportunity strikes…

Emerging choreographers need to recognize opportunities to create and present their ideas, and once that opportunity comes along – seize it! In Bonachela’s case, some of these opportunities were created by pure determination.

“When I joined Rambert Dance Company, the first opportunity that there was I asked the director if I could make a work for their Workshop Season (a similar program to New Breed),” Bonachela explains. “He was very resistant because he said I was very young and I had just joined the company, but I insisted and eventually he said, ‘Alright, just go and make something.’

“That first workshop piece that I created, which was called, Three Gone, Four Left Standing, was then chosen to be taken into the main repertoire of Rambert Dance Company, to be performed at Sadler’s Wells,” he continues. “So I went from having been told, ‘No, you are too young’, to having a work taken into the company’s repertoire. After that, I was hooked.” 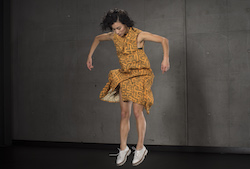 Opportunities are also available on publicised pathways, such as various workshops, residencies and grant funding, as well as competitions, which was Bonachela’s experience.

“In 2004, I entered and won the UK’s Place Prize, a bi-annual contemporary choreography competition, which was running for the first time,” Bonachela remarks. “I used the entire £25,000 that I received in prize money to get a manager and start my own company. So then I stopped dancing and concentrated on making work. And that’s how it all began…”

See Dance Informa’s January 2016 edition for Part 2 of “So you want to be a choreographer”, where we look at developing your craftsmanship, cultivating your uniqueness, as well as building networks. We’ll also provide resources and information on a range of choreographic programs and initiatives available in Australia.

Sydney Dance Company and Carriageworks announced 2 November 2015, that the four works in their New Breed 2015 program, showcasing Australia’s up-and-coming choreographers, will make their debut on the international stage.

This is ahead of the highly anticipated Australian premiere season of New Breed 2015, running from December 8 to 13 at Sydney’s Carriageworks.