Bangarra Dance Theatre dancer Tara Gower says it like this: “For myself, and for indigenous people generally, the landscape is within me. The land and the plants and the animals can’t speak; and so we as humans are the speaking voice for them.”

What this reflects is not simply the complex and ancient cosmology and connection to country that first Australians espouse but the inner engine of the nation’s flagship indigenous company, Bangarra Dance Theatre.

Under the direction of Stephen Page, the company has expanded its reputation far beyond its inner Sydney hub, attaining global recognition for their marriage of traditional and contemporary dance and for their often provocative cultural, political and historical perspectives. 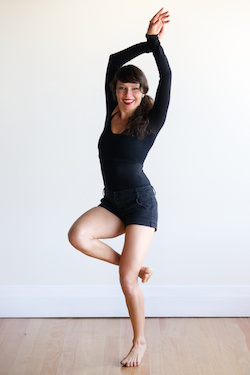 As Gower says, “It’s not movement for movement’s sake. There’s always a reason for every movement.”

It’s a recipe that has served the company well – one which first propelled them to fame in 1994 when they premiered their now iconic work, Ochres. That Page, Gower and company are bringing Ochres back to the stage later this month, 21 years after its stunning debut, both completes and re-imagines a wide circle.

For Gower, a Yawuru woman from Broome on the northern coast of Western Australia, the opportunity to dance Ochres is one ladened with symbolism and achievement. “I studied Ochres as part of my training, and I put all the dancers who danced it on a pedestal, so for me it’s a dream come true,” she explains. “It’s not really work for me. It’s so much joy; and when things are a joy, things come easily.”

The re-staging of any famous work, however, is fraught. The temptations of comparison (to copy or alter) are never far beneath the surface. “I think we’re keeping as close to the original form as possible,” Gower reveals, “but there is a bit of discussion in regards to the music; so we’ll have to wait and see. Don’t want to give too much away.”

Whilst from a company perspective there is much to consider, the focus for individual dancers is necessarily more concentrated. That said, Bangarra’s approach to staging work differs markedly in some respects from the standard “western” model.

“Because we’re an indigenous company, there’s a lot of gender division; so you know, there’s women’s business and there’s men’s business,” Gower elaborates. “So, Stephen [Page] lets the women look at old tapes so that we can pick up stuff from them. We’re also allowed to bring our own feeling and essence to the work as well. Because it’s a women’s story, Stephen gives us that space.”

Key to Bangarra’s modus operandi is the personal. In other words, the freedom to bring entirely idiosyncratic personal drivers to play within the overall architecture of both the work and the broader cultural/ceremonial iconography. Gower explains it thus: “I guess there’s a marriage between how you think about the movement and where the movement is initiated from. So, in all of Bangarra’s work, it comes from your gut first, which is the parallel of instinct. So for me, everything comes from my centre; but also the control to execute a movement comes from there.”

Although in purely physical terms the gut is the locus of gravity and balance, “it’s also the centre for putting the story into the movement.” 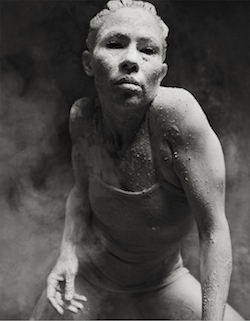 Having been with the company since 2006 and danced in many of its now classic works, (Clan and Spirit, as well as Gathering in collaboration with the Australian Ballet), Gower understands how personal connections to landscape inform performance. When she takes to the Carriageworks stage this month to dance two of the four ‘colours’ that comprise Ochres, she will draw upon the country of the Kimberleys.

“For example, I can’t just draw something from Circular Quay or the Opera House,” she explains. “You know, it has to be personal, from where I’m from, which for me is on an aboriginal community 15 minutes out of Broome. So for instance, when I do White, I visualise the sunset up there and then I am the light, I am the gold colours.”

There is, however, another undeniable reality. Bangarra is very much a modern, urban organism. Its world is rooted in the noise and clatter of central Sydney. “But that’s inspiring because we get to bring our own stories and country into the movement, and then it emanates out through our eyes,” Gower says. “So, we don’t have to do movement particularly one way. We can bring our essence to it; and for me that’s drawing from my country and putting it into the context of Sydney.”

Yet, for all that, there are dance universals. Black, white, indigenous or otherwise, dance in the performance space asks us to be entirely present. Like music, it is a language that explodes the limitations of words, and in this it challenges the dancer to know exactly where he/she is at every moment.

Gower’s response to this notion encapsulates something of both the universal and the particular and is perhaps emblematic of what Bangarra Dance Theatre is all about. “White, which is one of the four colours of Ochres, is about death, or the afterlife, so when I perform it I’m not human anymore,” she says. “I become something different. So to do that, I focus on my breath right before the piece. It gives me a sense of peace, and I try to emanate that on stage. It’s about transcending the physical world and bringing the spiritual realm to life.”

Here again we find the core dance value of the company in full flight, for Bangarra, as ever, are a whole lot more than just dance and theatre.