At first glance it’s hard to imagine how the Australian Ballet and the London based indie record label 4AD might ever be connected, other than perhaps by a fluke of music. However, in this the Ballet’s self-declared ‘year of beauty’, the company’s youngest resident choreographer has been commissioned to create a short work to sit alongside vignettes from Balanchine and Tharp; and this newly created contemporary ballet will be called Filigree & Shadow. 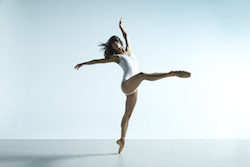 Robyn Hendricks from The Australian Ballet. Photo by Justin Ridler.

Its creator, 40 year old Tim Harbour, may well be too young to recall the 1986 release of This Mortal Coil’s epic and brooding record of the same name, and yet both the ballet and the album share an intense and deliberate emotionality. As Harbour says of his new twenty minute work, “I would distil it down to wanting to find a catharsis for aggression.”

That Harbour’s Filigree & Shadow is rooted in psychological territory is perhaps redolent of the ‘contemporary’ milieu that the Australian Ballet’s upcoming season of short modern works will explore. Indeed, the 20:21 triple bill brings together elements of the classical, the avant-garde, the athletic and the electronic. Alongside Harbour, George Balanchine’s ground breaking 1946 work Symphony In Three Movements, with music by Igor Stravinsky, and Twyla Tharp’s Boston marathon inspired, Philip Glass scored In The Upper Room will create a tutu free evening of edgy, introspective ballet.

“It’s a whole lot of big guns,” Harbour admits with a hint of nerves. As to whether he feels a little intimidated to be sharing the stage with two of the twentieth century’s dance luminaries, he just shrugs. “You can’t take that on board too much.” 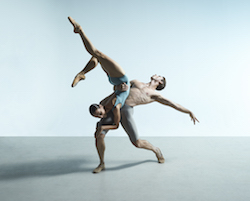 The focus, he insists, is very much on the process of creating his own work with the twelve dancers in his cast. For someone schooled in the rigours of classical ballet though, the process of contemporary ballet presents particular and inspiring challenges. “Essentially, my process for generating the work has been quite different from the last few works I’ve done, which had women en pointe and were very beholden to the music,” he explains. “With this work I haven’t devised the choreography as a reflection or as a reaction to the score. I’ve worked with the dancers in silence and pretty much I’ve only brought the music in at the last moment.”

Having gone to the extent of commissioning Munich based electronic duo 48nord to create a score this may seem an odd thing for a choreographer to do. “I want the steps, if you like, to have their integrity and not be a reaction,” Harbour argues. “I want them to come from a particular emotional place. But y’know, it’s been quite uncanny how when I have brought the music into the equation it’s worked.”

The rationale here goes back to the emotion that Tim Harbour has consciously placed at the centre of Filigree & Shadow. Relating it to the core motif of aggression, he speaks of the “forceful imperative” that inspires change. “At points in my life where I’ve been fearful of change I’ve geared myself up almost to the point of aggression to be brave enough to take that next step.’ 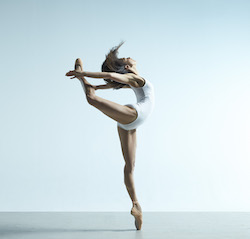 For the dancers, of course, this is all about motivation. As Harbour elaborates, “It is heightened emotion that leads to action. So, in terms of a dance piece, it’s very internal and reflective but when you ramp those emotions up at what point does action follow?”

If this is sounding more like theatrical direction than straight choreography, Harbour reveals that the work is neither narrative nor character driven; in other words, not at all like the great ballet classics. “But I’ve certainly used character as a device to help them get the right intention,” he reveals. “So, for instance, become a gargoyle and tell a scary story to a child and frighten them when you’re doing this sequence.”

While the 20:21 triptych is doubtless a departure from the fairy tale ballets of the nineteenth century, it also underscores an ongoing commitment by the company. “I think it’s a central part of the vision because part of what the Australian Ballet does is to always commission new work; and arguably it does that more than any other company in the country,” Harbour contends. “Certainly its repertoire is by far more diverse.”

In fact, just as 4AD gathered a disparate bunch of musicians to reinterpret classic songs on that famous 1986 double album, so too the Australian Ballet have coalesced influences young and old to create a programme of adventurous reinvention. Or, to put it another way, to make the tree of history yield invigorating new fruit.

20:21 will run from August 27 to September 5 at Arts Centre Melbourne, State Theatre. For more information and tickets visit www.australianballet.com.au.