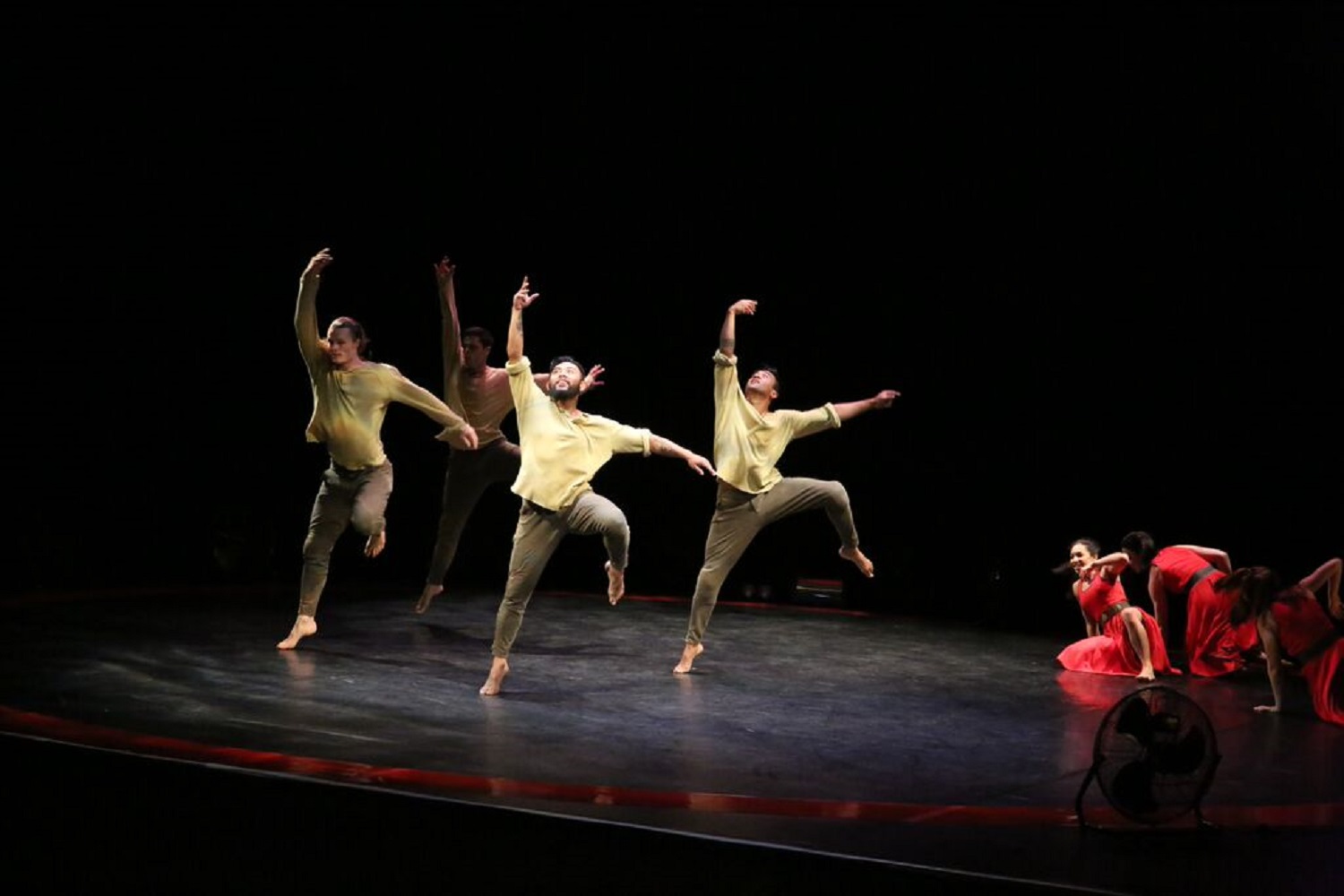 The New Zealand Dance Company recently hurtled onto the stage at Parramatta with Rotunda, a work presenting gut-wrenchingly powerful performances from eight dancers. Part of a current national tour, the performance was linked in with the current ANZAC and Gallipoli remembrances.

Rotunda is a work choreographed and created by NZDC Artistic Director Shona McCullagh and Musical Director Don McGlashan in collaboration with the amazing cast, who has extraordinary technique, sensational yet explosive soft jumps, and at times, seems boneless. It features costumes reflecting the World War 1 period and presents a score that blends old hymns, such as Jerusalem as a haunting tuba solo, with other classics, including the stirring, elegiac Nimrod variation by Elgar and contemporary brass works by Don McGlashan and Garath Farr. The entrance through the audience by the smartly uniformed City of Holroyd Brass Band (led by Marc Taddei and drummer Cameron Lee) is thrilling and has enormous impact.

A looming, shadowy figure stoops to pick up a fragile piece of material that is almost ectoplasmic. Redolent of memories and guilt, there are also allusions to the ballet Raymonda. Rotunda’s narrative follows the story of boys dressed in khaki-like colours flirting with girls in red and white. The group bonding through playful, innocent war games eventually changes to show these boys becoming shattered men fighting in WWI. It continues to express the horrific nature of the trench warfare and battles, together with the loss and grief of those who waited back home and/or the men suffering from what was called “shellshock” and is now referred to as Post Traumatic Stress Disorder (PTSD).

There is terror, madness and despair, a grieving soldier trying to revive his fallen friend. Choreographically, there is relentless precision (hinting at military training) and there are martial arts moves incorporated. Much fun is had with the band leaders’ mace, which becomes everything from an aeroplane propeller, to a gun, to a fishing rod and other objects. Incredible swooping, swirling lifts are also featured. There is also a haka contrasting with other far more ritualised, stylised sections.

There is an eerie circle of large fans making the silk scarf waft and float as the group tries to keep the memories of their fallen comrades alive. A tumultuous battle scene with the effective use of white banners as projection screens and shadows are also included. There are also projections of dramatic red and white banners with the names of the fallen.

Throughout the work, moods change from buoyant and excited to broken and burdened as men arrive home, now dysfunctional and damaged. The work concludes with a final poignant section on recovery and memoriam.

Overall, Rotunda is an emotionally involving, tremendously danced work and I am eagerly looking forward to future visits by the company.