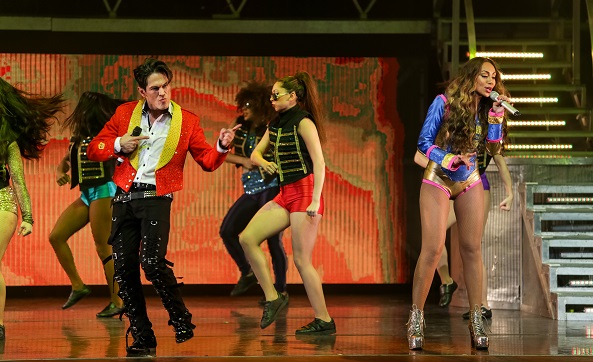 Sydney’s Lyric Theatre attracted a mixed crowd, spanning across generations from kids to adults all filled with excitement and anticipation to hear the songs of one of the world’s most celebrated artists, the King of Pop, Michael Jackson. It’s been six years since Jackson passed away, but his timeless music had the audience standing in their seats, clapping and cheering as if it were the King of Pop himself on stage.

Thriller Live first opened on London’s West End, and this show now tours the world as a celebration of the music and dance of Michael Jackson. The show is more a tribute concert than a musical, with some narration but no clear storyline. It’s momentum comes from the catalogue of Michael Jackson’s hits spanning decades, including songs from the Jackson 5 and his record-breaking albums Thriller, Bad and Invincible. Over the course of two hours, MJ’s hit songs clearly reminded the audience of the genius he was; shaping music, culture and dance over his lifetime.

The Thriller Live lead vocalists had the formidable responsibility of bringing the songs of Michael Jackson to life, and they do this incredibly well. Highlights include Samantha Johnson’s rendition of “I’ll Be There” and Australia’s own MiG Ayesa’s ballad “She’s Out of My Life.” Alex Buchanan wowed the audience with his versatile voice and Prinnie Stevens brought amazing energy to his performance of “The Way You Make Me Feel.” Sean Christopher embodied Michael Jackson and as he moonwalked across the stage, you could be forgiven for thinking it was Jackson himself! 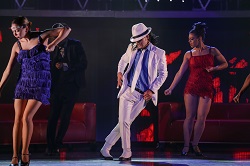 For anyone who has seen the Michael Jackson documentary This is It, you can appreciate how much of a perfectionist Michael Jackson was. A true artist, he was always looking to push the boundaries. Every movement, stage design, musical note and costume was always carefully orchestrated and rehearsed to perfection. Unfortunately in Thriller Live, this wasn’t always the case with the dance ensemble bringing energy. Their execution was not consistent and choreography at times was lacking, along with some interesting costume choices.

Regardless, the audience appreciated the energy of the show, especially when the choreography and costumes reflected Jackson’s well-known film clips and iconic dance moves, including the moonwalk in “Smooth Criminal”, the zombie costumes and classic dance moves in “Thriller” and the infamous signature white sparkling glove in “Billy Jean.”

Overall, this show brought much enjoyment to the Sydney audience, especially the man behind me who sang along out loud to his favourite Jackson songs throughout the show, clearly proving why Thriller Live continues to be successful worldwide.