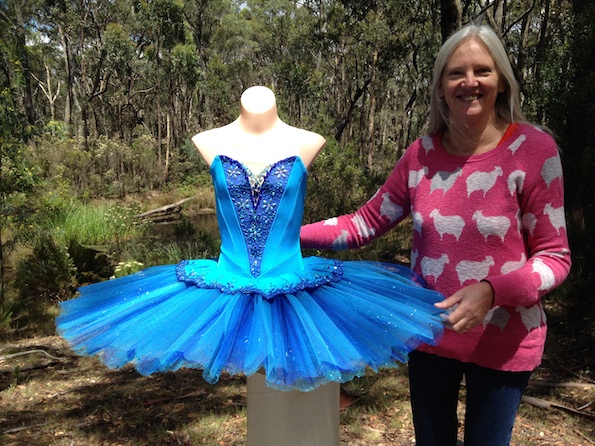 In 2014, Ausdance launched the Victorian Dance Awards (VDA), to honour some of the incredible contributions made to our industry in the state of Victoria. We were proud to sponsor one of the awards, The Dance Informa Award for Favourite Costume Designer. In the inaugural VDA, the title went to tutu-maker extraordinaire, Danielle Legge.

Ms. Legge has been making tutus for over eighteen years, since her eldest daughter needed a costume for a classical competition solo. “I owe a big debt of gratitude to Carmel Horsfield of the Carmel Amelia School of Dance,” says Legge. “She taught me how to make tutus as well as imparting a lot of her knowledge about what works on stage, and what makes a ‘classical’ tutu.”

That first tutu was a hit, and soon other students were asking for their own costumes for competitions. Legge saw the opportunity, and began advertising her services.

It wasn’t long before word got out – all the way across the globe. About six years ago, Suzanne Dieckmann of American company Tutus That Dance invited Legge to teach stretch tutu making at her Las Vegas seminars. “She started me with teaching, pattern making and social media, so that I now get orders from all over Australia as well as internationally. I will be off to Las Vegas in July this year to teach at my sixth seminar there.”

Besides classical solo tutus, Legge now makes costumes for her local ballet school’s troupes, and has also costumed an opera put on by students at the VCA. She also shares her skills in tutu-making classes in Australia as well as the States. 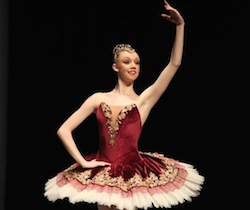 “I love nearly all the costumes I make, but was really happy to be asked to make a tutu to be worn at the Prix de Lausanne 2014 by Georgia Swan,” says Legge. “I also have very fond memories of the tutu worn by local girl Ashleigh McKimmie when she won the Cecchetti International Competition in the UK in 2011. She is now dancing with the Royal Ballet.”

At around fifteen solid hours of work, making a tutu is no easy job, and often requires Legge to interpret the combined wishes of dancer, mother, teacher and choreographer. “My favourite part is taking a vague idea from a client and working out how to turn it into a design that will fulfil their brief, look great on stage and feel good to dance in. I also love decorating and choosing colours.”

Apart from taking sewing classes at school, this dedicated designer and seamstress is mostly self-taught, her skills fuelled by her passion for the craft. She has always loved sewing, and says that is one of the most important pieces of advice she can give to anyone wishing to find success as a costume maker: “Do it because you love it. Do your homework and pay your dues before setting yourself up as a costume maker. Learn from everyone you can and stay open minded.”

It was an honour for Dance Informa to be able to recognise the hard work of Danielle Legge with a Victorian Dance Award in 2014. Find out more about her work, or get in touch via her blog: www.tutusbydani.blogspot.com.au.