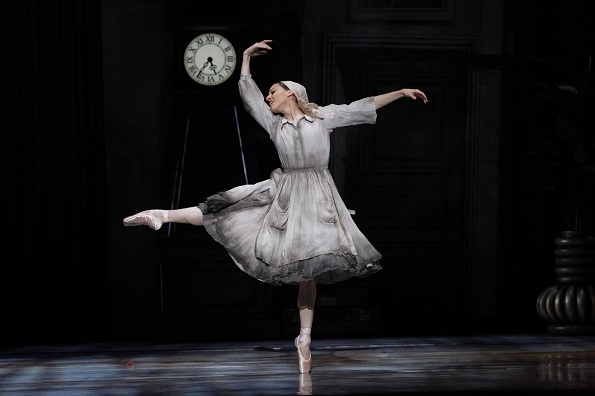 By Paul Ransom of Dance Informa

On the eve of the 2014 Australian Dance Awards, we ask some of the nominees for the nation’s top individual award about what it means to them and what the ADAs mean to the whole dance community.

There is a kind of sublime justice to the fact that this year’s Australian Dance Awards ceremony will be held in a building once considered too ‘out there’ for most people. Yet, just as Jorn Utzon’s initially confronting design for the Sydney Opera House ultimately contributed to it becoming a cherished architectural icon, so too the profile and acceptance of dance in this country has seen it move from being the preserve of a wealthy cognoscenti to something that engages a number of diverse constituencies. The honour roll at this year’s dance awards simply underscores this point.

From the classical core of the Australian Ballet’s Cinderella to the contemporary indigenous voice of Bangarra’s Blak and the more edgy panache of works like Stephanie Lake’s Aorta and Larissa McGowan’s Skeleton, the awards seek to recognise the breadth and flavour of dance down under.

For the dancers nominated for the two most sought after individual awards – Outstanding Performance By A Female / Male – the accolade is clearly a significant career moment.

“It’s very humbling,” says James Vu Anh Pham, who is nominated for his role in Chunky Move’s Aorta. “You focus so much of yourself into your training, exploration and research on this artform that at times you lose track of the world around you. It’s certainly a grounding thing in the sense that it’s kind of a reminder that you are also giving a lot in this artform, and that it can also bring joy to others around you and not just yourself. So being nominated is definitely humbling and surreal.”

Fellow nominee Leanne Stojmenov (Cinderella) extends the point. “To be honest my drive and my passion is not winning awards, so it’s never really crossed my mind as something I’m striving for; but being nominated for such an award is quite gratifying.”

While it’s easy to see why nominees might love the attention, it is perhaps more salient to consider the wider function of awards like the ADAs. What benefit do they bring to the industry? How do they foster the talent and creativity of the dance community?

For Jack Zeising, a nominee for his role in Expressions Dance Company’s When Time Stops, the answer is clear. “The awards are a great way to celebrate the Australian dance community,” he enthuses. “Of my previous experience attending the ADAs, I can say it’s like a big family get together. Lots of hugging and catching up. It’s a party. But it’s good to be reminded of why it is such a party. It’s important to honour and recognise the organisations and individuals that have built the Australian dance industry up to where it is now as well as those who will shape the future of dance in this country.”

Of course, the ADAs always serve as a focus on the broader dance industry and its overall state of health. Here again, Zeising has plenty to say. “It seems now that in order to put bums on seats, artists not only have to produce excellent dance but also have strong and engaging media attached to their work,” he argues. “Good photos, good video clips, etc.”

For ballet dancer Leanne Stojmenov, Zeising’s point about media is especially relevant. “In terms of media coverage and audiences I think we have a way to go but in terms of interest I certainly think it’s out there and the dance Industry is quickly becoming savvy to new technology of reaching audiences.”

As the official media partner of this year’s awards, Dance Informa would most likely concur with that and, were we in the mood for self-congratulation, might point out that here we are embracing new media to promote dance. (QED!)

However, having said all that, there is obviously a more immediate and visceral thrill to being nominated for your industry’s peak award, let alone the idea of winning. “Ha-ha, it would be very surreal and very humbling,” admits James Vu Anh Pham. “I guess it’s nice to be able to tell my extended family that I’m doing well but career wise I will still pursue what makes me happy, so I will completely stay true to that.”

Yet, as all the dancers know, with the winning comes the dreaded acceptance speech and the exhaustive list of people to thank. While Stojmenov is quick to name-drop Alexi Ratmansky, with whom she worked so closely on developing the role of Cinderella, Vu Anh Pham offers an instinctive “mum and dad”. For, as he says it, “They’ve sacrificed immensely to support my training, and still do to this day.”

And perhaps this really is the point of the ADAs; namely, recognising the worth of the sacrifice and sheer endeavour that goes into dance. The grace and brilliance that we see on stage, or that we write about here at Dance Informa, does not emerge wholly formed from a vacuum. It is the result of dreaming, determination, collaboration and, thankfully for the rest of us, inspiration.

The Australian Dance Awards will be held on Sunday November 9 at the Sydney Opera House. For more information and to get your tickets visit www.sydneyoperahouse.com.