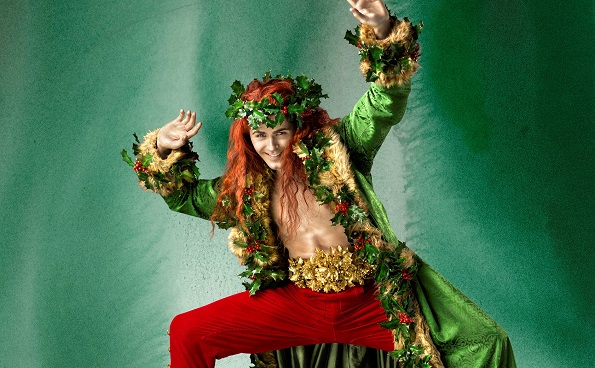 On November 19-29, the New Zealand School of Dance presents its annual Graduation Season at its home theatre in Wellington. Representing New Zealand choreography this year is dance theatre artist Douglas Wright’s rapt. Original cast member and NZSD graduate Craig Bary has been working with the students on excerpts of the choreography.

Other highlights include George Balanchine’s masterpiece Concerto Barocco and Purcell Pieces from acclaimed Dutch choreographer Nils Christe. Also on the bill are Wessel Oostrum’s solo The Speech, danced to a monologue by Charlie Chaplin from the film The Great Dictator, and Val Caniparoli’s powerful duet Double Stop, danced to a solo cello piece by Philip Glass.

Tickets can be booked at www.nzschoolofdance.ac.nz.

Students enrolling in the dual Masters degree will complete a two-year Masters in Dance Education at the Beijing Dance Academy and a one-year Masters in Community Dance at the University of Auckland. This agreement places the University of Auckland at the forefront of tertiary dance studies in Asia, consolidating its reputation for research and curriculum development in community dance.

The Royal New Zealand Ballet brings The Vodafone Season of A Christmas Carol to New Zealand in its final season for 2014. The acclaimed blockbuster, created originally for Northern Ballet, will be seen for the first time outside of the U.K. Northern Ballet’s Ballet Master Daniel de Andrade is in New Zealand to stage the ballet for the RNZB.

With over 650 costume elements adorning 75 characters plus huge sets and music for the production specially created by celebrated film and television composer Carl Davis, the show is a grand, festive event. Having opened in Wellington at the St James Theatre on October 30, the production will tour during November and December to Dunedin, Christchurch, Palmerston North, Napier, Auckland and Takapuna.

After a very successful trip to the Edinburgh Festival, the contingent of New Zealand artists has returned home. Contemporary dance company Black Grace was awarded a Herald Angel Award by The Herald newspaper’s team of arts writers. This award recognises excellence at “the world’s premier cultural occasion.” Java Dance Company’s Back Of the Bus shows sold out and Te Waka Huia and Te Whanau a Apanui’s Haka was also a media sensation, with numerous television and print features.

New Zealand choreographer Raewyn Hill has been appointed the first artistic director of the Contemporary Dance Company of Western Australia (CDCWA). The vibrant new company seeks to “reinvigorate the conversation about, and experience of, contemporary dance.” It will also integrate the best elements of the Buzz Dance Theatre and STEPS Youth Dance Company.

Wendy Wise, chair of the CDCWA, said, “I am delighted to appoint someone with Ms. Hill’s celebrated talent and recognition as our first artistic director. The appointment of Helpmann Award-nominated Ms. Hill is a crucial step in the CDCWA’s launch as it seeks to reposition the art form in the state.”

Hill joins CDCWA after five years as artistic director of Dancenorth. Before this, she choreographed and taught at a number of the world’s leading institutions, including The Juilliard School (New York), Beijing Dance Academy (China), New Zealand School of Dance (New Zealand) and Western Australian Academy for Performing Arts (Perth.)