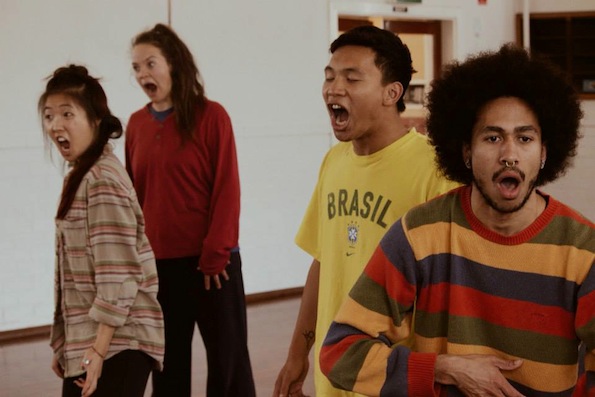 As WAAPA continues to be at the forefront of creating great dancers, Perth’s contemporary dance scene also thrives as graduates from the academy both gain employment and make their own dance employment within the isolated city. Three wonderful examples of this are Tyrone Robinson, Storm Helmore and Yilin Kong who are not only working as dancers within Perth, but who recently completed their showing of UNCOLLECTED [Take 2].

“UNCOLLECTED was started in 2012, in the first year out of university for Yilin, Storm and me” says Robinson. “We had begun to experience the real, unsheltered life of an independent artist, and with funding and all other income being hard to come by we were beginning to wonder how we were going to go about honing our craft without any financial support. From our discussions we decided that maybe if we joined our minds and our wallets together we would be able to get something of our own going, off our own backs, and to create our own space to practice, develop, explore and make our own work.” Indeed, it was successful and in June 2014 UNCOLLECTED re-formed with guests artists Isabella Stone, Imanuel Dado and Ella-Rose Trew.  Helmore says “None of us had projects scheduled for that time so it all fell into place really, and our desire to keep dancing/making was greater than our need to get paid for it so we agreed to do it off our own backs again as it was on such short notice and we worked around our schedules to make it happen.”

Robinson, a Perth “bred and born boy” has worked with Claudia Alessi, Brooke Leeder, Rachael Arianne Ogle, Alice Lee Holland, Aimee Smith and Sue Peacock and performed with The Duck House Theatre Company and Buzz Dance Theatre. His current work for UNCOLLECTED focused on the start of a movement exploration following the concept of goats in religion, “from their portal as innocent spirits in early religions, to their demonization and connection to all things sinful in more modern religions.” 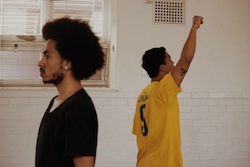 Kong freelances between project based companies like Barking Gecko Theatre Company and Ochre Contemporary Dance Company and other Perth independent projects. “Last year I created a short work on the idea of various cycles and decided I was most interested in the moon and wanted to isolate that idea and delve deeper into the concept of the moon for UNCOLLECTED [Take 2]. The work I created for was driven on the idea of the lunar cycle.”

Helmore considers herself fortunate to have had work in Perth since graduating from WAAPA. Working with choreographers like Sue Peacock, Rachel Arianne Ogle, Sam Fox, Amy Smith, Rhiannon Newton, Laura Boynes, Isabella Stone and Emma Fishwick has allowed her to find a home both personally and professionally in Perth. Her project for UNCOLLECTED  [Take 2]  experimented in group choreography which she hasn’t done since 2011. “I approached it not from a place of here is a concept, let’s make a dance about it, but rather from exploring many ideas of movement making that I have been exposed to and interested in over the past few years during developments and workshops with numerous artists” she says.

When asked “why return to UNCOLLECTED after two years?” Helmore simply replies “Mainly to keep dancing and making dance with some of the incredible people I went through WAAPA with.”

“Having trained together and worked closely together through WAAPA is definitely a strength. It’s wonderful working so closely with fellow dancers and artist as I find it quite inspiring seeing what my friends are doing. We are all incredibly supportive of each other and its wonderful to be able to bounce ideas and constantly discuss with other people. I think it’s very important to have lots of people around at this stage of our careers – we learn as much off other people as we do off ourselves,” says Kong.

The members of UNCOLLECTED each attribute part of their success to their ability to work well as a group and also to The Chapel Space in Perth for providing a space to rehearse and perform in. Owners of The Chapel Space, Claudia Alessi and Zoe Goss, offered the space to the three dancers in 2012 and again this year to develop their works.

“They were extremely generous to offer us space”, shares Kong. “Claudia was a huge part of getting UNCOLLECTED off the ground – Not only did she share helpful wisdom and experience to help us build our little collective, but The Chapel Space and Claudia were able to help out financially by being a major sponsor and taking a huge amount of the financial burden off our shoulders,” adds Robinson. 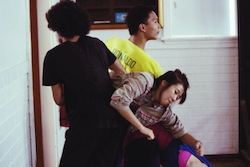 Returning to UNCOLLECTED allowed the dancers to capitalize on the experience they gained from the first showing in both the studio and out. “The first time we had to put a lot of emphasis on making posters and flyers, to get as many people as possible interested in coming, whereas this time around we were more focused on just being able to have the studio space and dancers to be able to play and explore ideas, maybe with less intention for an outcome. The amount of people that came to the showing and donated this year to show their support was overwhelming. The showing was a huge success with lots of great feedback and a lot of interest sparked,” says Robinson.

So, what is it about Perth that keeps emerging contemporary artists and choreographers in the city? Robinson says, “My need to stay in Perth is based of the thriving and well-supported independent scene here. Many Perth based established artists are making work and giving new comers the opportunity to perform. As well, organizations such as STRUT constantly offer choreographic opportunities and many amazing workshops right here in Perth to Australian dancers and performers, plus Performing Lines WA and The Blue Room theatre work hard to get new and emerging work from WA out to the public.” Whereas Kong says “Personally I have decided to stay in Perth because having trained at WAAPA gave me an immediate transition into the professional scene here in Perth. The contemporary dance network here is also very close and welcoming. I have had many creative and work opportunities arise by staying in Perth and being a part of the scene here. Contemporary dance in Perth is certainly bubbling!”