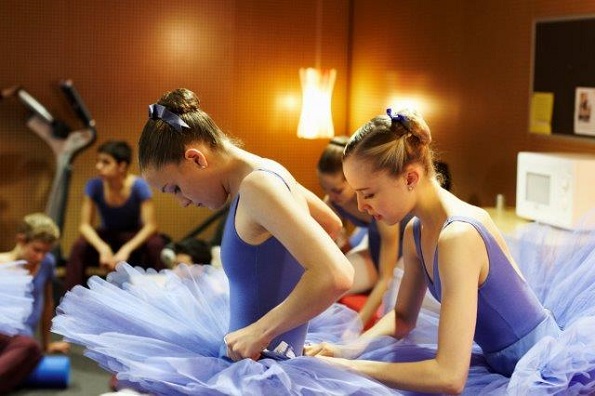 This year marks 50 years of excellence for one of the most important dance training institutions in the southern hemisphere, The Australian Ballet School (ABS). It also heralds a new era, with a change in leadership.

Renowned for producing a large percentage of the country’s top ballet dancers, the School’s unique training programme is taught by a world-class faculty. An emphasis on strong classical technique is balanced with the development of artistry, educational needs and holistic care of the students.

To celebrate the 50th anniversary, a number of special events are taking place. March brought a reception at the Government House and in April, the School presented The Music Behind the Dance, a celebration of their musicians, at The Australian Ballet Centre. Currently Arts Centre Melbourne is hosting an exhibition, followed by an Anniversary Gala and finally a short season of Nutcracker – The Gift of a Dream. 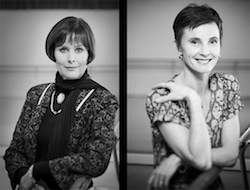 Someone who knows the School like the back of her elegantly arched foot is Marilyn Rowe OBE. The current director, after 16 years in the role, has announced her retirement this year. Rowe was in fact one of the first students of the School, when it was established in 1964. After only a year, she was invited to join The Australian Ballet and just four years later, she was a principal dancer. Following a performance career celebrated with many awards, medals and honours, Rowe took up the position of director of the ABS in 1999.

Ever the ballerina, Rowe is bowing out gracefully. “I have always believed that one should never stay too long,” she explains, “and 16 years is a considerable time to head any organisation, particularly if one’s vision for that organisation has been realised.”

Under Rowe’s direction, the School has come a long way; her achievements include the implementation of a hugely successful eight-year training programme based on the Vaganova curriculum.

Rowe is justifiably proud of the well-rounded School she has helped to build over the last decade and a half. She leaves behind an institution which pays attention to academic education and student health and welfare; offers teacher training at a vocational level and an international exchange programme; and boasts a large and significant repertoire, including works by masters George Balanchine and Jiři Kylián. 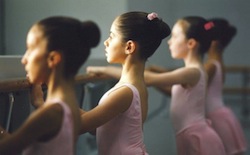 Students of The Australian Ballet School.

Making such significant change, of course, has not been easy. She says, “I was fortunate to have a staff that believed in, was passionate about, and committed to fulfilling my vision, as the early years were very challenging.”

Recognising the importance of succession planning, Rowe began organising her retirement five years ago to coincide with the School’s grand 50th anniversary. However, despite well-laid plans, she admits, “It is not so easy to say goodbye after a career spanning 50 years – it is somewhat bittersweet!”

Rowe’s successor is another ABS graduate, Lisa Pavane. After 13 years with The Australian Ballet (eight of those as a principal), Pavane became a senior principal with the English National Ballet. She has been on the teaching staff at ABS since 2007 and is currently the deputy director, making her a natural choice to fill Rowe’s shoes. 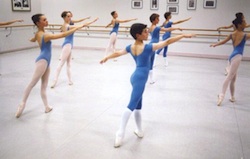 Students of The Australian Ballet School in class.

On accepting the appointment, Pavane says: “The School has a history of visionary, dynamic and capable leaders and I feel honoured and privileged to be following in their footsteps. I have been fortunate to have worked closely with these inspirational leaders and in so doing, have been greatly influenced by them. I am very excited as we move into the next era, continuing to train students and teachers of the highest calibre and contributing to the future of dance in Australia.”

With the School’s audition tour currently underway, faculty are on the lookout for the next generation of future ballet stars. Rowe says the factors that are considered when auditioning students are many and varied. “As well as assessing a student’s physical suitability for a career in classical ballet, coordination is also closely looked at. The ability to link movement; being able to move and use the body effectively creating harmony and beauty. Musicality is also so important and the ability to pick up combinations with ease and confidence is also observed,” she says. 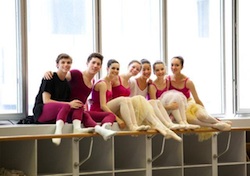 Future students will have the opportunity to be housed in the recently purchased Student Residence, a grand Queen Anne house in Parkville, only 5km from the School by tram.

“Achieving a student residence is the last outstanding part of the vision I set for the School when I commenced as its director 16 years ago,” says Rowe. “As the School celebrates its 50th Anniversary this year, there is no better way to mark this historic achievement than to secure the property that will become our student residence and bring to fruition that which I dreamed of so long ago.”

When the time comes for the School to farewell Rowe, it will truly be the end of the era, but under the leadership of her successor Lisa Pavane, it will surely continue to go from strength to strength. 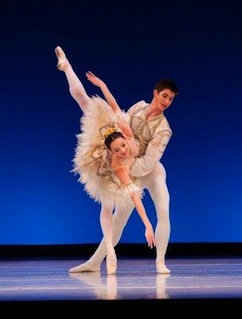 Hannah O’Neill and Brodie James of The Australian Ballet School.

12 to 14 December
Arts Centre Melbourne Playhouse
Nutcracker – The Gift of a Dream
Tickets on sale in September.