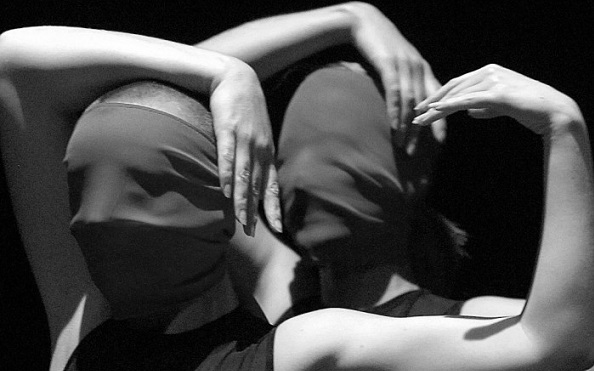 With 3,000 kilometres between rehearsals and a world of difference between their locations, two of Australia’s flagship regional dance companies have set out to create and tour a unique cross-cultural triple bill; and all at a considerable distance.

Collaborations and triple bills are nothing new in dance but the rare creative, geographic and seasonal coalescence that is Threefold stands out.

When Townsville-based Dancenorth and Launceston’s Tasdance decided to join forces for a unique regional and international project, they must surely have known that logistical issues, choreographic conundrums and even the weather could throw curve balls. Nonetheless, Threefold was green-lit and an intriguing dance adventure set in motion.

At its core, the programme features short works from Adelaide-born choreographer Gavin Webber, Kiwi Raewyn Hill and Taiwanese star Huang Yi. The works are being developed in both Townsville and Launceston, with the six dancers and three choreographers not coming together until later this month. When you add in the wildly different climes, (tropical north and shivery wintery south), the blend of Asian/Caucasian influences and the 3,000 kilometre distance between the two rehearsal studios, it’s easy to see why Threefold was such an unusual and challenging project to undertake.

However, as a former artistic director of Dancenorth, Gavin Webber was only too pleased to take it on. “It’s kinda doing my head in,” he jokes, “but then again, that’s part of the fun.”

Aside from the challenges of developing a piece with a split cast, Webber was also keen to be part of a triple bill, not having done so since his uni days in Adelaide. “I think it can be fascinating to see three different choreographers and their worlds,” he begins. “I think particularly in contemporary dance this is so because each piece can be a very individual take on the world; because everything gets created from scratch, unlike say in theatre where you have a unifying link coming from text, or even just that you might be using the same language, in contemporary dance you’re often creating a new language for each show.”

As is often the case with triple bills, the principal creatives are working separately with no overarching theme to guide or constrain them. “In fact, I have no real idea what the others are doing at this point,” Webber admits. “But the way it’s structured is so unusual and that will have an influence on the way it’s made and on the piece itself.”

This returns us to the split cast scenario; with two dancers up north and four down south, and stand-ins to help out at both ends. As Webber points out, “Normally I’m very influenced by the people I work with and they really help to shape whatever it is I’m working on, but at the moment it’s being influenced by the people who are here; so I have to stay very adaptable.”

Yet, here in Australia we are used to idea of distance and working remotely. For regionally based companies this apparent “tyranny” is even more obvious. In Gavin Webber’s estimation though, the regions are a blessing for creatives.

“I am very attracted to staying in regional Australia because I’ve found it very fruitful to have a kind of remote location where you bring people in. It’s actually a very supportive environment in terms of working artistically, as long as you stay connected, internationally as well. To a certain degree though, being a bit isolated means that you can incubate something really special,” he explains.

He underscores his point by reminding us that Pina Bausch worked out of the small industrial town of Wuppertal. In addition, he argues, as the last two remaining triennially funded regional dance companies in the country, Tasdance and Dancenorth are ideally situated to create exciting inter-regional, touring works like Threefold.

As for the vastly different environmental conditions in wintertime Tasmania and dry season tropical Queensland, Webber is more curious than anything else. “I wonder if it will have an influence on me and the kind of ideas I have,” he ponders. “I personally find that kind of idea really exciting because I like to be thrown curve balls. Y’know, there’s such a different mood in each environment and it’s going to be fascinating to see how that affects the audiences and also us.”

The final act of coalescing will of course occur when the far-flung strands come together in Townsville for the three-week run up to opening night on August 7.

“I’m fascinated by the influence of each piece on the next and how that’s going to work,” Webber reveals. “We don’t even know the order of the works yet but I have put my hand up to be second because of this idea of the impact of a piece being before mine.”

Either way, the bringing together of Webber, Raewyn Hill and Huang Yi, of Dancenorth and Tasdance, of east and west for Threefold will doubtless create a fascinating cultural and choreographic collision.

“It’s like the old adage that the sculpture is just trapped in the stone and our role is to uncover it,” says Gavin Webber by way of conclusion.

It’s just that in this case, the stone is being worked on remotely and then being carried thousands of kilometres around the country before its final form can be revealed.