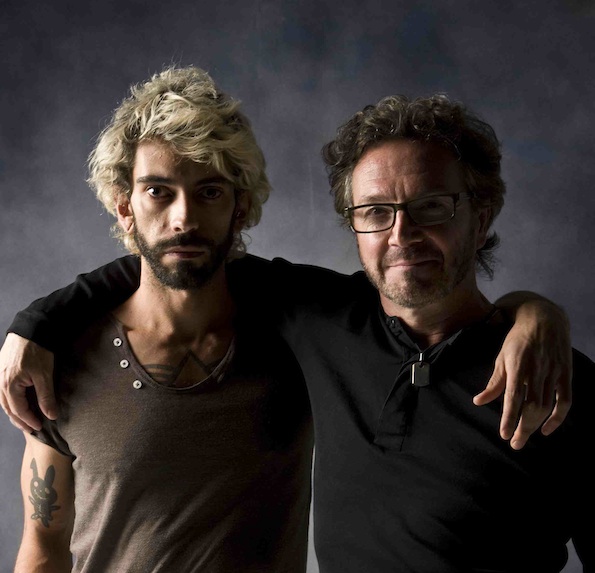 After 21 years at the helm, Leigh Warren is handing over the directorship of the company he founded in 1993. Enter the new king, Daniel Jaber.

There is such a thing as knowing when the time is right; yet in a world where vanity often holds sway, having the good grace to let go of the reins is perhaps rarer than it should or could be. However, when the company you are departing is not only your baby but also bears your name, walking away can be doubly difficult.

Back in April, when internationally-renowned, Adelaide-based choreographer Leigh Warren announced that he would be stepping aside from the company he founded 21 years ago, there was an audible gasp, not only from the tight knit dance industry but from the wider arts community. Over the course of his two decades in charge, Leigh Warren & Dancers has carved out an enviable reputation for quality, experimentation and staying true to the ensemble ethos. Works like Quiver, Klinghoffer, Quick Brown Fox and the mammoth Philip Glass Trilogy have shone the light on Adelaide as a centre for contemporary dance and on Warren for his enduring passion and choreographic clarity.

Yet for all that, Warren now freely admits that LWD’s future lays in the hands of former Australian Dance Theatre (ADT) member Daniel Jaber, and that his own new horizons lie elsewhere. “It’s massive but also everything feels right,” he begins. “The great part of it is being able to share with Daniel his journey. And it sure beats an assassination.” 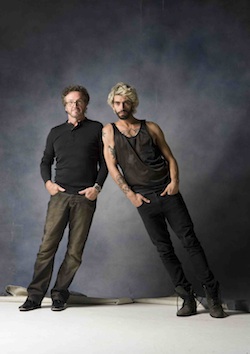 Warren’s grace and readiness to move aside for the younger man is notable. “Daniel has that hunger. He’s ready to go. And y’know, I’ve had a fantastic innings and so it’s a perfect time for me to hand over to somebody,” he admits. “It’s like, after 21 years with the company, you start out in one place and then gradually over time you evolve. So yeah, it’s also time for me to make a move.”

For his successor, the challenge is both enormous and inspiring. Jaber’s journey from ADT company dancer to award-winning creator of 2013’s much-loved Nought (also with ADT) has seen him leapfrog from ensemble dancer to artistic director in a few short years. “It’s quite overwhelming but very, very exciting,” he says simply. “I’ve been pinching myself for days now.”

However, his rapid elevation is perhaps not that surprising. Not only was he on Leigh Warren’s radar since his student days, but he has long harboured an ambition to be “more” than a talented dancer. As he explains it, “People’s pursuits in dance are obviously really different and some people do just have an interest in performing; but sort of about five years into my dance career with ADT, I started to question what it was about dance that I liked, and for me it was always the creative process. Even when I was an eight-year-old boy I used to put on shows for the local ‘nan’ community.”

For Jaber, and to a lesser extent for Warren, the handing over the baton invites inevitable comparison. “It’s bound to happen, but so far it’s been extremely positive,” Jaber reveals. “I suppose we both somehow have a sense of identity here in Adelaide as dance practitioners and also we’re both going at this very much together at the moment, so it makes the comparison a bit void.”

From Leigh Warren’s perspective at least, there is no doubt. “I saw a short little trio he put on some time ago and I thought, ‘There it is.’ It stood out for me. It was like a beacon; and I’ve just been watching from the sidelines and talking with Daniel all that time and we discussed his possible future with us almost immediately. But the timing was never quite right until now.” 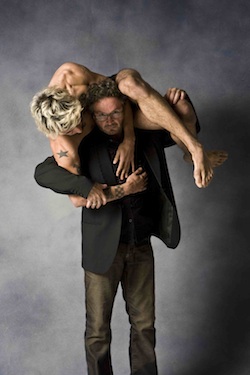 After a lifetime in dance, much of it with the responsibility of steering a company, Warren is clearly ready to slow down. “There are times when you are very stimulated by the pressures of being an artistic director because you’re always doing three things at once. You’re finishing off what’s been before, y’know, writing the grant acquittal; but also making the new work and, at the same time, planning the next one,” he elaborates. “I’ve come to a point where I’d like a little more space in between. I think as you become more mature you like a little more time to reflect on things; and I’ve reached that stage.”

So, while Warren works on remounting his epic, eight-hour Glass Trilogy for his LWD finale in August, Jaber will slowly take over the day-to-day running of the company and, more significantly, its redirection. “The biggest theme in terms of rebranding the organisation,” he explains, “is turning it into more of a contemporary ballet company and bridging the gap between the classical and new.”

But of course, the stewardship of a company like LWD is more than simply announcing a creative vision, as Jaber is all too aware. “The difference in structure between LWD and say, a bigger national company, is pretty huge. LWD is somehow more intimate and the responsibility to guide what is Leigh’s legacy is massive, but also really special.”

The “retirement” of the company’s talismanic founder and it’s handing over to new blood is no small thing, not the least because the company has Leigh Warren’s name and it is therefore inextricably associated with him. Warren simply laughs when asked if this will present an ongoing problem for his successor. “No, it’s going to become LW Dan,” he announces. “That will go very nicely until they think of something else.”