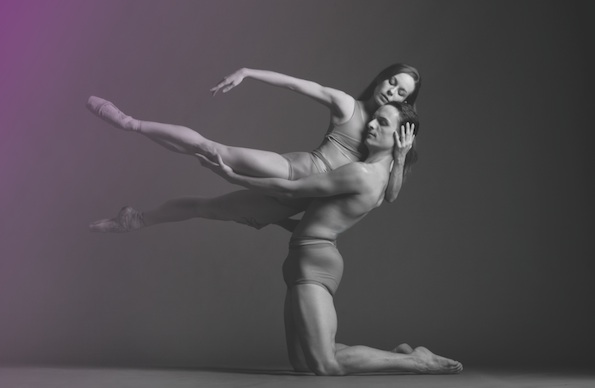 In his second season dancing with Atlanta Ballet, a premier U.S. dance company with roots dating back to 1929, Melbourne native Benjamin Stone is truly coming into his own. At only 22 years old, this season he’s had the opportunity to dance soloist roles in numerous productions, having recently finished dancing the role of Benvolio in the company’s production of Jean-Christophe Maillot’s Roméo et Juliette.

“Sometimes I wake up and pinch myself. I’m performing roles in ballets I never dreamed I’d actually get to be a part of. And back to back in one season no less! Here at the Atlanta Ballet it’s all a dream. I can’t even put into words how much of a rockstar I feel like right now!” exclaims Stone before laughing.

Stone, who recently performed in Secus by Ohad Naharin and is now preparing for a role in Hamlet by Stephen Mills, says his love for dance started in his hometown of Melbourne when he was 10 years old.

“At an early age I loved Michael Jackson and I wanted to be someone who did all the cool moves and hip-hop tricks like him,” recalls Stone. “I basically wanted to be as ‘badass’ as Michael Jackson. [Laughs.] In order to do that my teacher told me I first had to do classical ballet to get a foundation of technique.” 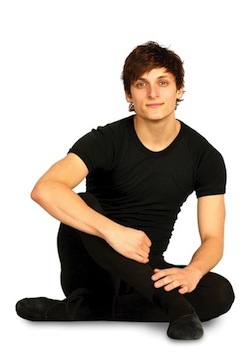 Stone says, “I was severely bullied at my high school and my mum was scared for my health and safety every day. So it was just a natural thing for me to transition into that training. I just knew by a young age that I wanted to be a professional dancer so it was like, what’s stopping me from going ahead and pursuing it now?”

So after researching, Stone found Tim Podesta and began taking his classes a few times a week. He says, “I just remember how much I improved in just a small amount of classes.” Soon thereafter he was offered a chance to train at Podesta’s fulltime programme at The Regional Academy of Performing Arts in Albury – Wodonga.

Only three years later, at age 16, Stone advanced into the prestigious Australian Ballet School after winning the 2008 Sydney Eisteddfod McDonald’s Ballet Scholarship. He studied under Mark Annear, Dale Baker, Simon Dow and Jiahong Wang and graduated in 2011 with an Advanced Diploma of Dance.

“Going from a small school with very intense training in Albury – Wodonga with hands-on training every day where I was the centre of attention to The Australian Ballet School was like going from being a big fish in a small pond to a little fish in a huge pond. It was a real eye-opener. It was quite amazing really,” Stone recalls of his first year at the school.

He continues, “[The Australian Ballet School] is an amazing environment to be in as a young dancer because you are surrounded by some of the best young dancers in the world, some from New Zealand, Japan and elsewhere… The first year is just spent really getting your body strong and ready. The following years are more focused on the pas de deux, where combinations get more tricky… Then the final year you don’t have to do academics anymore so its mainly focused on your dancing and halfway through the year you tour with The Australian Ballet Company, the dancer’s company.” 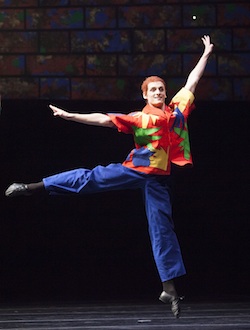 Stone says in his four years training fulltime at the school, living away from his family and friends, he drastically improved in numerous aspects of his dancing. Perhaps most importantly, he learned how to take care of and maintain his own body.

“I felt like I drastically improved in the knowledge of my own body and what it takes to really care for it,” Stone explains. “When you’re performing and you have such a strenuous schedule as a professional dancer, if you don’t really understand your body you can be detrimental to your own career. I felt like I really learned what it took to be prepared for an intensive performing schedule.”

“It was just like a dream come true,” Stone says on the offer to join Atlanta Ballet. “I looked at the repertoire and it was everything I had wished to do in my professional career. It had Wayne McGregor, Jorma Elo, Ohad Naharin and so on. It was amazing! Now, since being here, I’ve gotten to do Carmina Burana by Birmingham Royal Ballet’s David Bintley, Michael Pink’s Dracula and so on. Some of the ballets we do are truly the best in the world and to do this at the start of my career is a dream come true. I didn’t have to think about it very hard at all.”

For this 2013-14 season, Stone says he was perhaps most thrilled to perform Maillot’s Roméo et Juliette, which came all the way from Les Ballets de Monte-Carlo. “I had always wanted to do Romeo and Juliet and this was the exact version that I wanted to do,” Stone says. He was first cast as Benevolio and second cast as Romeo. 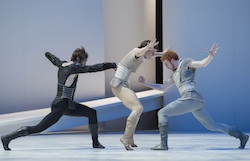 He exclaims, “This has been the most, most amazing process of my dancing life thus far – hands down. The way that they worked with us and the feeling, the emotion, the technique and the style of the work was amazing. I feel like through this process I’ve grown as an artist tenfold.”

In March, he was also a part of a world premiere work by Tara Lee, an accomplished dancer entering her 18th season with Atlanta Ballet. In April, Stone will dance the role of Laertes, one of the six principal characters in Hamlet. Finally, in May, he will work with choreographer Helen Pickett on her new work The Exiled for the programme MAYhem.

Stone admits that even with the family–like atmosphere at Atlanta Ballet, it can still be hard living abroad at times. Even though he loves the opportunity, it is tough going for months and months not seeing family. He says he made a goal early on to be very intentional with staying in contact with friends, fellow dancers and family members back in Australia. 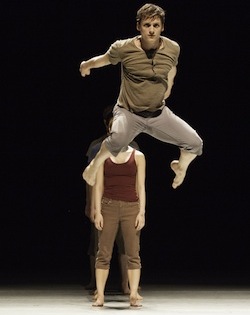 He says he’s simply learned to appreciate the moment and to have fun. “At first when you’re going abroad there’s all this pressure from moving and living by yourself, but it’s also about having fun,” he says. “Yes, the ballet world can be stressful but it is also amazing. I think what changed me was just realizing that this is really such a fun life to be living and that if I can hold onto that appreciation while also holding onto my artistic integrity, then it will be fine.”

One day down the road, Stone says he would “love to learn more about acting and possibly more with film.” Already he is a budding cinematographer in his spare time. Meanwhile, he is pushing himself to be the best dancer he can be, one that can use his endless energy to hone his focus and full articulation.

He says he recently realised his dream career starts now. “I don’t have to warm-up for it. It’s already starting,” he declares joyfully.