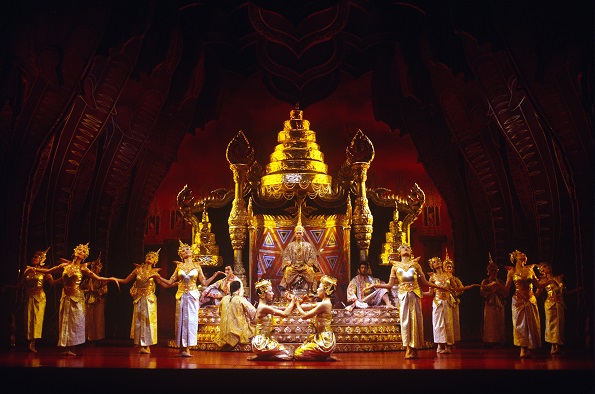 Rodgers and Hammerstein’s classic Broadway musical The King and I is returning to Australia with strictly limited seasons in Brisbane, Melbourne and Sydney.

The King and I was Rodgers and Hammerstein’s fifth musical together and is considered one of the jewels in their crown. Australia’s favourite leading lady Lisa McCune will play English governess Anna Leonowens opposite internationally acclaimed baritone Teddy Tahu Rhodes as The King in the Brisbane and Sydney seasons, hot from their success performing together in the national tour of South Pacific, also presented by Opera Australia and John Frost. In Melbourne, the King will be played by international stage and screen star Jason Lee Scott.

The beautiful score includes the songs “I Whistle a Happy Tune”, “Getting to Know You”, “Shall We Dance?” and “Hello, Young Lovers”.

The King and I opens in Brisbane at the Queensland Performing Arts Centre in April 2014, then moves to the Princess Theatre, Melbourne in June, followed by a Sydney season at the Joan Sutherland Theatre, Sydney Opera House in September.

GFO and Opera Australia are offering Dance Informa readers 2 tickets (1 double pass) in A Reserve, worth $200 for Brisbane, Melbourne and Sydney!

To Enter: Email info@danceinforma.com with your Name, Date of Birth, Email Address, Postal Address and Phone Number and answer this question: “Who will play governess Anna Leonowens in this Australian production of The King and I?”
Entries close March 30.

For information and tickets visit www.thekingandimusical.com.au