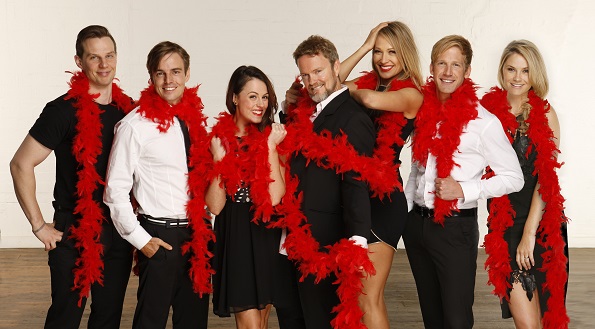 The 2014 Australian tour of Richard O’Brien’s The Rocky Horror Show opens in January at the Lyric Theatre, QPAC, Brisbane followed by seasons at the Crown Theatre, Perth in February, the Festival Theatre, Adelaide in March, and the Comedy Theatre, Melbourne in April.

The coveted role of Frank N Furter will be played by television and theatre star Craig McLachlan, fresh from shooting the title role in the second series of ABC TV’s top rating drama series The Doctor Blake Mysteries.

“We are thrilled to have found the perfect cast for the 40th Anniversary Australian tour of this much loved iconic musical,” said producers Howard Panter and John Frost. “There is no one who can play the character of Frank N Furter like Craig McLachlan. He oozes that risqué charm that an actor playing Frank needs, as well as bucket loads of sex appeal. And after an extensive audition process we have secured a group of exciting musical theatre talents to complete the cast. We know audiences are going to love doing the Time Warp with this wonderful cast again.”

The Rocky Horror Show is one of theatre’s most endearing and outrageously fun shows. It opened at London’s Royal Court Theatre on June 19, 1973, quickly developing a cult following, and was adapted into the 1975 film The Rocky Horror Picture Show, which has the longest-running release in film history. This iconic brand holds a unique place in theatre history, a show which has defied the decades and continued to grow in popularity.

Win tickets to The Rocky Horror Show in Perth, Adelaide and Melbourne!

To Enter: Email info@danceinforma.com with your Name, Date of Birth, Email Address, Postal Address and Phone Number and answer this question: “Who will play Frank N Furter in this Australian production of The Rocky Horror Show”
Entries close January 31.