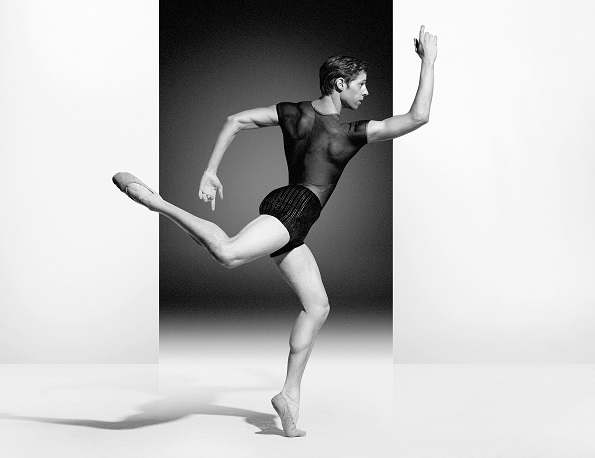 From the other side of the Tasman to the top of The Australian Ballet tree, Kiwi Ty King-Wall has made the jump and landed on the top of the pile.

The view from the top does take a little getting used to. Dreams are one thing but reality is another, as Ty King-Wall discovered when he became the new Principal Artist with The Australian Ballet.

“It certainly doesn’t automatically mean you get all the best parts,” he says in a calm, almost quiet voice. “You still have to earn those.”

Being a principal in a flagship company may well have a few perks but it also comes with the responsibility of looking out for more than your own welfare. “There’s a greater responsibility to teach and guide and look after the younger members of the company,” King-Wall explains. “That isn’t something I’ve had to deal with before and it was a little bit surprising in a way but y’know, that’s also a bit of honour. It’s a position of great trust really.”

As a keen cricket fan, Ty King-Wall understands the captain analogy and he seems more than willing to show leadership. “You’re still very much part of a team but there’s just that little bit more expected of you,” he reveals.

Ty King-Wall of The Australian Ballet. Photo by James Braund.

However, King-Wall is willing to admit that the sheer physical demands of a principal are reduced. As he says, “You get nights off and time to recover, which you don’t really if you’re a soloist or in the corps. It’s good for the body and the mind. You get to think more about characterisation.”

Looking back down the mountain, he recalls his early days in ballet school in Tauranga in his native New Zealand, confessing that he never dreamt of becoming a Principal Artist, at least not for The Australian Ballet. “I used to follow the Royal New Zealand Ballet,” he remembers. “I didn’t know anything about The Australian Ballet. Stephen Heathcote was the only one I knew.”

However, at just 16 years old, Ty King-Wall jumped the ditch and landed at The Australian Ballet School. It’s a tender age to leave home, let alone your home country; but if anything he was keen to the break away. “I was home schooled back in New Zealand so I was itching to get away and do my own thing,” he reveals. “I won’t say I was ready but I was definitely keen to be a bit more independent.”

Once in Australia though, the lessons truly began. His introduction to The Australian Ballet School was tough. His technique was a little rusty and, for the first time in his life, there was competition. “I was used to being the only boy,” he says simply.

Ty King-Wall flew through school though, graduating Dux, and by 2006, he was a fully-fledged member of this country’s national ballet. But here again, the bar was dramatically lifted. “I went from top of the class to being right at the bottom of the company in terms of hierarchy. It really taught me humility.”

Obscurity never suited the brilliantly energetic Kiwi though, and soon his virtuosity was shining out. A 2010 Telstra Award and a string of leading roles in ballet standards like Nutcracker, Onegin and Swan Lake made it clear to everyone that he was ready to step up.

With all those critics and fans in his cheer squad it must have been tempting to dream, perhaps even believe, that he would inevitably be promoted to a principal. “Subconsciously probably yes; but it was never at the forefront of my mind. I never took the roles I got or any the attention for granted; because ballet always has a way of bringing you back to ground.”

For any dancer pushing into their late twenties the most obvious and immediate source of gravity is the body itself. Like elite sport, ballet at the highest level is an incredibly, almost inhumanly, demanding pursuit. Finding himself in that bracket, Ty King-Wall is now more body aware than ever. Whilst admitting that he pushed himself too hard in his younger years and sustained the injuries to prove it, he now adds, “I’ve finally learnt to listen to my body, to understand it and look after it a bit better; and you need that if you’re going to continue as you get older.”

As a student of history and classical studies, he is a man well aware of the past and naturally focused on his future with The Australian Ballet. He chuckles at the idea of being a Kiwi at the top of the Oz dance tree. “I think the last Kiwi Principal was Matt Lawrence, so it’s great that I was able to keep the flag flying,” he declares. “Even though I’ve been in Australia for 11 years now, I’ll always be a New Zealander.”