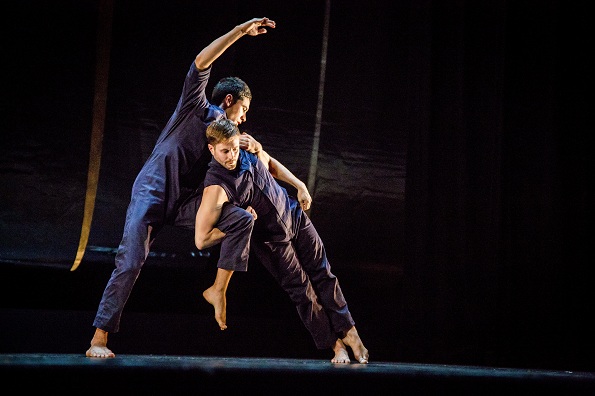 In 2012, a new dance company was born over in Kiwi-land. Led by Artistic Director Shona McCullagh, The New Zealand Dance Company (NZDC) hit the road rolling with its launch season Language of Living. Met with positive responses from both Auckland audiences and critics, the production is now being rebooted for a North Island tour.

Parmenter’s work Tenerezza, a duet for Craig Bary and Justin Haiu, explores the idea that no movement occurs without initiation by the other. “The piece began very much with the two dancers, both of whom I have worked with on a number of occasions,” says Parmenter. “I had a sense of the particular quality of relationship that I wanted to explore and so that led me to the particular piece of music [by Carl Philipp Emanuel Bach], with which too I had had a previous choreographic relationship.”

Tenerezza was developed via two partner-improvisation forms – Piloting and T.A.C.T.I.C.S. – that Parmenter has been developing over recent years, and with which both the dancers had a certain degree of familiarity. “Initially the idea was to have a certain component of improvisation remain in the finished piece, but as it turned out the only remnant of this is in the choreographic relationship to the music, which since both the dance and the music are performed live, is not fixed but varies from performance to performance,” explains Parmenter. 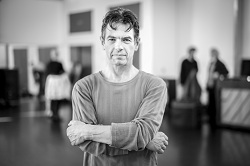 Craig Bary is a dancer who is much loved in both New Zealand and here in Australia, having performed with companies such as Australian Dance Theatre, Tasdance, KAGE and Chunky Move. He speaks fondly of Parmenter’s duet. “It’s challenging and exciting to perform every time,” he says. “Because it was created through improvisation techniques created by Michael, it’s really about us, the dancers, and that feels really special.”

NZDC audiences in Auckland and Wellington will be treated to performances of Faune by international choreographers Anne Teresa De Keersmaeker and Mark Lorimer. Set to Claude Debussy’s famous score L’après-midi d’un faune (The Afternoon of a Faun), the solo will be performed by Ursula Robb, who has worked with De Keersmaeker’s Rosas company in Belgium and the Paris Opera. On the Warkworth, Orewa and Whangarei legs of the tour, a new work has been added to the programme. Without Eve is a humorous take on the art of male conversation by UNITEC choreographer Ashleigh Coward.

Language of Living is an eclectic programme, and audiences can expect to see “world class dancers and choreographies,” as Bary says. 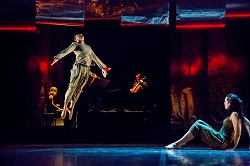 Parmenter agrees, even despite having yet to see the production in its entirety. The busy choreographer notes, “What strikes me about the glimpses I have seen of the pieces is a devotion to the ‘art’ of dance itself. This may seem somewhat quaint in light of the current theory-impregnated dance aesthetic, but I can’t help but see it as an act of respect for and maintenance of a rich tradition of aesthetic understanding.”

Aside from its professional performance seasons, NZDC has also been building a Youth Engagement Programme (YEP!). As part of the Language of Living tour, the company will be performing shows just for schools in a variety of centres. They will also be selecting talented local dancers to perform alongside the professional – a wonderful opportunity for dance students.

“The New Zealand Dance Company has a leadership youth engagement role, creating access and mentoring for young people to get hooked into dance,” says Artistic Director Shona McCullagh. “The art form and society are fortified by inspiring the values of courage, enthusiasm, independence and contribution.”

Like Australia – and let’s face it, most places on Earth – New Zealand has no shortage of dance and choreographic talent. With internationally respected training institutions such as UNITEC and New Zealand School of Dance turning out world-class graduates year after year (including a large proportion of Australians), the need for jobs is greater than ever.

“There has been a call for this kind of inclusive and mainstream company for quite some time,” says Bary. “Any company that allows for the development and practice of art forms is a great thing for the cultural diversity and language of its nation. Allowing a voice to our incredible artists and collaborators to share with an interested and excited growing audience is a great way to explore our identity nationally and internationally.”

Language of Living North Island Tour runs from May 25 to June 12. For full venue and ticketing information, visit www.nzdc.org.nz.