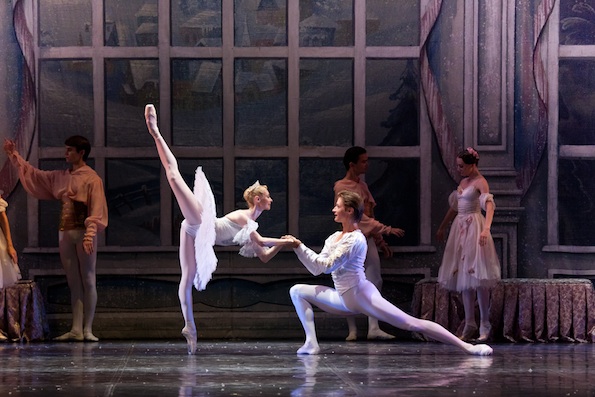 Nutcracker returns to Oz this month for another season of emperor mice, hand-made toys and little girl dreams.

NOTE: Please read the following with a heavy Russian accent. After all, it is ballet we’re talking about here.

Elik Melikov is still bubbling with energy, despite the fact he is on a late night shuttle bus somewhere in England returning to his hotel after another packed out performance. The company he founded in 1990, The Moscow Ballet of Classical Choreography (La Classique), are not only one of the flag bearers of Russia’s favourite artform but a phenomenally busy company, consistently racking up two hundred plus shows a year. Gruelling schedule notwithstanding, the first thing Melikov says is, “Yes, we are very much looking forward to Australia.”

The Moscow Ballet’s upcoming six-week tour of Nutcracker will feature an ensemble of 40 dancers, suitably lavish costumes and the grand staging of late-Romanov pomp. It’s all part of Melikov’s mission to keep classical ballet front and centre.

“The classical dance?” he begins. “For me every time is number one.” Not an unexpected declaration; but for Melikov and company the commitment is clearly everything. “We make other kinds of performances, we make neo-classical, modern things, but for me it’s like training, like another rehearsal for the dancer. Of course, it’s very interesting because it’s different but every time we are coming back to the classical ballet.”

Russia may well be in the news for Pussy Riot and fallen oligarchs but on the ground and in the dance schools the ballet is still supreme. Melikov contends that this is because ballet is anti-elitist. “Classical ballet is for all the people. You don’t have to have a special knowledge. Everyone can enjoy. This is why it must be saved.”

Melikov would doubtless suggest Nutcracker as a prime example of universal appeal and abiding simplicity. First performed at Moscow’s Mariinsky Theatre in 1892, it has become one of the definitive ballets. Driven by Tchaikovsky’s dramatic score it is ostensibly a G-rated Christmas fairy tale. Featuring the famous Dance of the Sugar Plum Fairy and The Waltz of the Flowers, it is almost defiantly old world, recalling a time of empire and gaslight.

How this all fits into the touchscreen universe of 2013 doesn’t overly worry the Moscow Ballet. “Nutcracker is a performance for all time,” Melikov states with undiminished pride. “Some people tell me, ‘Sorry, but it’s only for Christmas time,’ but no. Tchaikovsky didn’t just write music for Christmas, he wrote music for all the time, for all the people. For young people, for children, for even the grandmothers.”

As far as Melikov is concerned, tradition is strength not anachronism. “This is a classical performance and the history is important. History is necessary for us,” he argues. “Now we have many shows – modern, neo-classical, everything – and we have many companies coming to Russia and to Australia and we have many, many beautiful shows; but I think it is completely necessary that the old shows keep going. The classical dance is forever, not just for this year.”

However, there is another strain to the narrative, one that might raise eyebrows in some quarters. Melikov openly declares La Classique’s wholly Russian philosophy. “Now in Russia there are many companies with great names like National Ballet and Admiral Ballet but these companies maybe last for one day only,” he scoffs. “Or they are from other countries; not even Russian.”

The Russian-ness of the company and the artform are very much part of Melikov’s modus operandi. “Other countries do classical ballet performance, and they are very good sometimes,” he concedes, before concluding that, “Russia is the mother of classical dance, is the home of the ballet.”

And it couldn’t get much more Russian than Nutcracker (even if the characters have German sounding names).