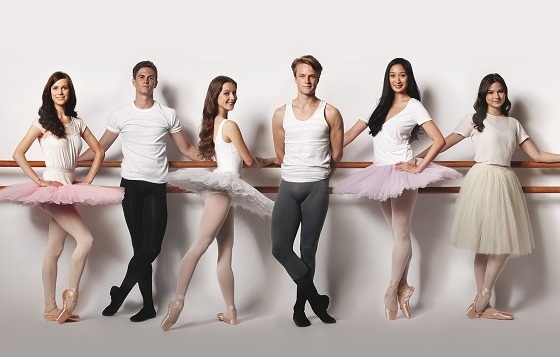 $20,000 up for grabs for Australia’s emerging dance talent

Artistic Director of The Australian Ballet, David McAllister, said he was excited for the group of young dancers as they began the first steps of their TBDA journey. “I’m also particularly thrilled that for the first time, the nominees will use Instagram to document their TBDA experience. Ballet fans can follow them with the hashtag #TBDA13,” McAllister said.

Telstra’s Group General Counsel, Carmel Mulhern, said the award plays an important role in recognising and rewarding existing talent within the company.
“Each year the announcement of the Telstra Ballet Dancer Award nominees is such an exciting occasion and one that is highly anticipated. It is important we continue to support and encourage the next generation of The Australian Ballet,” she said.

Introduced in 2003 to encourage young Australian Ballet dancers to reach their full potential, the Telstra Ballet Dancer Award has catapulted some of The Australian Ballet’s brightest stars into the stratosphere.

Last year Senior Artist Amy Harris from Ararat in regional Victoria was crowned the 2012 TBDA winner. Her win was a case of third time lucky, with previous nominations for the esteemed award in 2008 and 2010. In both of those years she took home the public-voted Telstra People’s Choice Award, but last year was the first time she had won the main accolade.

Audiences can see all the 2013 TBDA nominees in action at the free outdoor event Telstra Ballet in Bowl in Melbourne on Friday, March 8.

This year’s nominees were chosen by The Australian Ballet’s artistic staff, previous winners of the award and principal artists. The six dancers were judged on their performances throughout 2012, the ongoing development of their skills and their support of fellow company members.

The winner, announced near the end of 2013, will be decided by an industry panel comprising of representatives from The Australian Ballet, Telstra and the media. The winner will receive a $20,000 cash prize from Telstra. The People’s Choice Award has a $5,000 prize and is decided by public vote.

Benedicte Bemet was born in Mackay, QLD, in 1994, and started ballet at the age of three. She grew up on the Gold Coast and began her training at the Ransley’s Ballet Centre. She was accepted into The Australian Ballet School at age 14. In 2012, she joined The Australian Ballet.

Cameron Hunter was born in Bentley, WA, in 1991. Growing up in East Fremantle in Perth, he started ballroom dancing at age nine. At age 13 he made the move from ballroom to ballet after being offered a scholarship to train at the Perth City Ballet. A year later, Cameron moved to Melbourne to study at The Australian Ballet School. Cameron joined The Australian Ballet in 2011.

Natasha Kusen was born in Maroubra, NSW, in 1984 and started dancing at the age of four. She trained with Nicholina Kuner’s Academy Ballet in Randwick, Sydney. In 2001, Natasha won a scholarship at the Prix de Lausanne competition to study at The Royal Ballet School in London. Upon graduation in 2003, Natasha came home to Australia to accept a position with The Australian Ballet. She was previously nominated for a Telstra Ballet Dancer Award in 2010.

Sharni Spencer was born in Lismore, NSW, in 1988 and grew up in Tamworth and Newcastle. She began dance classes when she was three years old and studied at Sally Kefts School of Dance and Marie Walton Mahon Dance Academy before joining New Zealand School of Dance. Sharni joined The Australian Ballet in 2008.

Valerie Tereshchenko was born in Kiev, Ukraine in 1989. She immigrated to Australia with her family when she was six years old and a year later took her first ballet class. Living in Carnegie in Melbourne, she attended a number of local ballet schools, including West Point Ballet Academy, Ballet Theatre of Victoria and the Australian International School of Coaching. Valerie later joined The Australian Ballet School. In 2009, Valerie successfully auditioned for a place with The Australian Ballet.