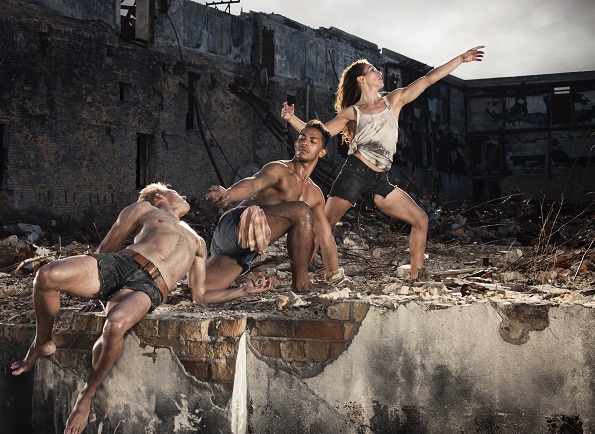 Two of New Zealand’s finest dancers, Ursula Robb and Nadine Tyson are teaching at tertiary level back in their home country this year. Ursula Robb spent more than a decade in Europe, dancing with Rosas, Ultima Vez and Zoo. In 2011, she worked as rehearsal director with the Paris Opera Ballet and danced with the New Zealand Dance Company in their first season. Auckland dancer Nadine Tyson joined the Royal New Zealand Ballet in 1995. She danced many pivotal roles as a soloist during nine years with the RNZB and has recently been invited to teach the company. Both graduates of the New Zealand School of Dance, Ursula and Nadine are returning to join the school’s faculty, teaching the current students in 2013.

The New Zealand Dance Company will be holding two stages of auditions for 2013 and 2014 projects for professional dancers, secondments and internships. Stage one is on Saturday February 23rd in Auckland. Stage two applicants will be invited to stay further and attend a two-week development workshop until March 11th. To apply to audition, email the Artistic Administrator Rachel Atkinson at rachel.atkinson@nzdc.org.nz. Include a cover letter, CV, minimum of one reference and photo by February 15th.

New Zealand’s leading contemporary dance company, Black Grace, has held a unique position on the world stage for over 17 years. Fusing Pacific and contemporary dance, the company has become internationally renowned for its artistry, creative excellence and innovation. Black Grace has been touring to North America since 2004 and is returning for a nine-centre tour this month. Founding Artistic Director and Choreographer Neil Ieremia will share three outstanding works, Pati Pati, Amata, and his latest full-length work, Vaka.

Exploring the idea of a raft as a metaphor for hope, Vaka is inspired in part by The Raft video installation by Bill Viola, as well as a response to The Arrival of the Maoris in New Zealand by Louis J. Steele and Charles F. Goldie, influenced by Theodore Gericault’s famous The Raft of the Medusa. Excerpts of Vaka received standing ovations and rapturous applause in Europe.

To kick off celebrations for its 60th anniversary, The Royal New Zealand Ballet launches three world premieres in Made to Move this month. Ethan Stiefel’s first original work for the company, Bier Halle, brings the exuberance of the Bavarian beer hall to the St. James Theatre. Choreographer Javier De Frutos arrived from London to create his third work for the RNZB, The Anatomy of a Passing Cloud, inspired by the Pacific and serving as an exciting follow-up to his award-winning Milagros (2003) and Banderillero (2006). Former company member Andrew Simmons, creator of 2010’s beautiful A Song in the Dark, travelled from his home in Dresden to complete the trio of world premieres with Of Days.

Five medals were awarded at December’s Genee Awards, held at the St. James Theatre in Wellington. Three of those medals went to Kiwis. The winner of the girls’ Gold Medal was Montana Rubin (15), from The Dance Spot in Sydney. Two Silver medals were awarded – one to Kaena Ahern (17) and one to Ariana Hond (16), who also won the Audience Vote. Kaena and Ariana are both from Auckland’s Mt. Eden Ballet Academy. The boys’ Gold went to Aurelian Child-de Brocas (15), a Kiwi who studies at the Alegria Dance Studios in Sydney. Harry Davis (17), from Melbourne’s Victorian College of the Arts Secondary School, took the Silver. This year’s Awards were judged by David McAllister (Artistic Director of the Australian Ballet), Li Cunxin (Artistic Director of the Queensland Ballet) and Christopher Hampson (Artistic Director of the Scottish Ballet).

Pointy Dog Dance Company is a youth contemporary dance company based out of TAPAC in Western Springs, Auckland. Pointy Dog is an opportunity for 14-18 year olds who are excited about dance to gain technical, creative and performance skills and work with professional dancers, choreographers and creative practitioners. Auditions for the 2013 company will take place at TAPAC studios, located at 100 Motions Rd., Western Springs, Auckland, at 5 p.m. February 8th. All interested dancers aged 14-18 years are encouraged to audition irrespective of their current level or experience. For more information or to register for the audition, visit pointydogdance.zohosites.com or email pointydogdance@gmail.com.