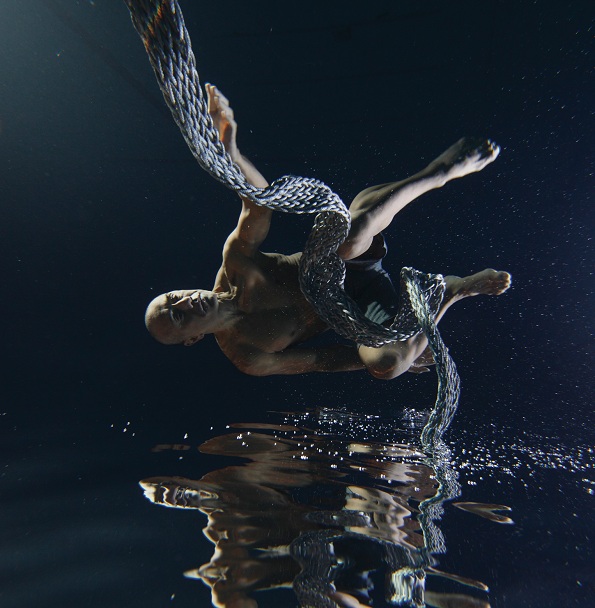 Based in Auckland, New Zealand, Okareka Dance Company is founded on the Maori values of whanau (family), mana (integrity), and matataki (challenge). This month the company embarks on a festival circuit tour with a remount of their acclaimed 2011 work, Nga Hau E Wha.

“One of the signs of very good art, whatever the genre, is when it has such elemental appeal it transcends boundaries of culture, gender, sexuality, language, race and nationality,” writes NZ reviewer Steve Attwood, “when it puts the viewer in touch with the primitive core within us all that is the essence of humankind. Such is the impact of Nga Hau E Wha.”

Other critics have lauded the work as “sensational”, “extraordinary”, and “profoundly important”; a work that has universal appeal, while maintaining a uniquely ‘Kiwi’ character.

Nga Hau E Wha translates literally as ‘four winds’, but the work also draws on the idea of the four corners of the earth, and the four basic elements of earth, wind, fire and water. It is a work in four acts, with each act devoted to one of the elements and all influenced by Maori myths and legends. 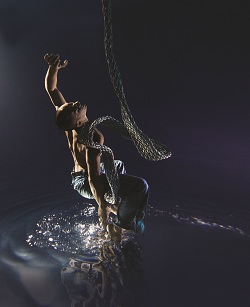 Good things evidently take time – Nga Hau E Wha was nearly two years in the making. The research process involved many discussions with the company’s kaumatua (Maori adviser) and creative team. During two intensive workshops in 2010, the seed for Nga Hau E Wha was created, in the form of a work for the male students at the New Zealand School of Dance

Co-artistic directors and choreographers Taane Mete and Taiaroa Royal are both graduates of the School. They formed Okareka Dance Company in 2007, after over 20 years of working together in other dance companies. As two of the country’s most treasured performers, the news that they had formed their own ensemble was met with celebration from the New Zealand arts and cultural communities.

Okareka’s premiere work, Tama Ma, enjoyed overwhelmingly positive feedback when it toured both nationally and in Australia. Parts of the work were also presented in the USA and China. There has been international interest for Nga Hau E Wha too, and Royal is confident that it will translate to foreign audiences, calling it “a universal work, even though it stems from a Maori perspective.”

Attwood agrees: “It is one of those rare shows that could travel to any part of the world, be shown to any audience of any culture, and people would recognise it, own it, and say ‘this is about us’ for, essentially, it is about us all.”

It is perhaps this strong sense of cultural identity, coupled with a relative isolation that gives New Zealand a special edge artistically. “We are strongly influenced by our geographical and spiritual connection to our land,” explains Royal, adding “the New Zealand dance community is small and our industry is one of the lowest fund art-forms in [the country], therefore we have to dig deep to find the drive to succeed in our art-form. This helps to grow our passion for dance.”

Okareka has received funding from the national arts development agency, Creative NZ, enabling the company to sustain a schedule for the next two years. Although it is not currently full-time funded, Royal says they are very grateful for this support.

Despite eternally limited financing for the arts, dance is enjoying great popularity the world over, and our friends across the Tasman are no exception.

“In my opinion, dance in New Zealand is becoming more popular because of the pioneers that have stuck at it and made it accessible to the upcoming generations,” says Royal. “With it now as part of the curriculum in secondary schools, the options to take up dance and become a professional dancer are greater. Also, television shows like Dancing with the Stars, So You Think You Can Dance and even X-Factor expose people to dance more, thus inspiring generations to dance.”

Nga Hau E Wha begins its 2012 tour with the Otago Festival of the Arts on October 9 and 10, before working its way up the country. Royal hopes the audience “will be taken on a journey through many different and exciting worlds [and] laugh, cry, be exhilarated, provoked and uplifted.”