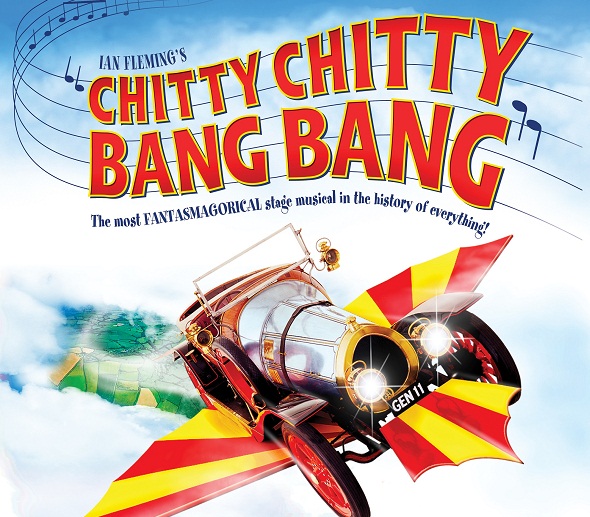 Starring David Hobson and Rachael Beck, Chitty Chitty Bang Bang, the “most fantasmagorical stage musical in the history of everything”, flies into Sydney’s Capitol Theatre from November 16. The award-winning musical will then take over the stage at Melbourne’s Her Majesty’s Theatre from January 30, 2013.

You’ll believe a car can fly in this fun stage adaptation of Chitty Chitty Bang Bang that features sensational sets, stunning special effects, an irresistible story and memorable classics such as “Truly Scrumptious”, “Toot Sweets”, “Hushabye Mountain” and, of course, its Oscar-nominated title song “Chitty Chitty Bang Bang”.  All these ingredients add up to a West End and Broadway blockbuster the whole family will love.

Based on the timeless novel by Ian Fleming, author/creator of the James Bond franchise, the production features music and lyrics by the legendary Sherman brothers, composers of Mary Poppins.

Originally written by Ian Fleming for his son, the much loved 1968 film Chitty Chitty Bang Bang, starring Dick Van Dyke and Sally Ann Howes, was part of many childhoods. The movie began life as a personal dream of James Bond producer, Albert R. “Cubby” Broccoli.  As with all his film projects, “Cubby” Broccoli surrounded himself with the very best British talent available to ensure the success of Chitty, which at the time was publicised as the largest and most expensive musical ever filmed in England.  The director, Ken Hughes, who had also adapted the screenplay with prolific children’s author Roald Dahl, led the British film crew. The Sherman brothers, fresh from major success with Disney Studios, provided the score and songs, earning an Oscar nomination in the process.

Chitty Chitty Bang Bang the stage musical opened at the London Palladium to rave reviews in April 2002.  The London production was nominated for 3 Laurence Olivier Awards in 2003, including Best New Musical, and won Best Musical at the Variety Club Awards in 2003. Chitty Chitty Bang Bang broke every box office record and continues as the longest running musical ever to play at the London Palladium. The Chitty stage car holds the Guinness World Record for being the most expensive prop in the history of British theatre!

The fantastic adventures of this out-of-the-ordinary car that flies through the air and sails the seas, are reaching a new generation through an enthralling and enchanting stage musical. Make sure to get your tickets! Tickets are now on sale. Visit www.chittychitty.com.au.