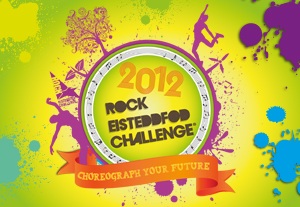 For the past 31 years, Rock Eisteddfod Challenge® has proven to be an excellent tool to raise awareness of the benefits associated with living healthy, loving life and chasing your dreams. This year is no different – with Rock Eisteddfod Challenge® moving into its 32nd year of nurturing the lives of students through performing arts. The 2012 tour launched in Hobart in July, then visited Brisbane, and is now heading to Melbourne, Sydney, Perth and finishing up in Adelaide in September.

Debra Ferguson, the Assistant Principal at MacKillop Catholic College in Warnervale on the Central Coast, has been involved in Rock Eisteddfod Challenge® since the 1980’s and has seen her fair share of inspiring and aspiring students build confidence and achieve things they thought weren’t initially possible as a result of the event.

MacKillop Catholic College is positioned in an area that faces many challenges including some 3rd generation unemployment. No student, however, is ever denied a place in their Rock team if there are financial problems. MacKillop budget to participate in RAW™ Division every 2nd year so that students may fundraise for the event. “This year we needed to once again raise money for RAW™ but we wanted to raise money in healthy ways. In the past we had sold chocolates but we really wanted to send out more positive messages about lifestyle and healthy living, so we had to come up with other ways.” Debra said.

Mackillop Catholic College are continuing to build upon their community spirit through their fundraising tactics, getting everyone involved as the roles of Rock Eisteddfod Challenge® are reversed – the teachers become the performers whilst the students get to direct their very first talent quest, ‘Teachers Got Talent.’ Usually a student talent quest is hosted every year, but never have the staff competed…. until now! 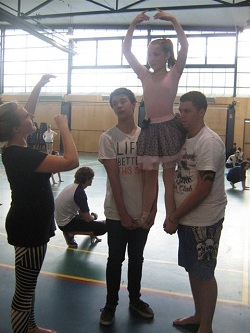 “The students will pay to be the audience and will supply the judges. The entry fee will be very affordable with lucky door prizes. We all hope to have a lot of fun, raise money and continue to grow the great community spirit at the college.”

Debra continues to invest in the concept and choreography for the college’s RAW™ performances and she now works with her daughter, Kate, who was a lead dancer in Rock Eisteddfod Challenge® for two years and now freelances as a dance teacher. Now 27 years old, Kate was just three years of age when her mother first became involved in Rock Eisteddfod Challenge®. The mother and daughter have lived and breathed the event for many years, with their passion becoming infectious to students as the pair work together to help the love of dance grow in the school and community.

Building from small beginnings, MacKillop Catholic College now have a Boys Dance Troupe of 28, two Primary Troupes and three Secondary Troupes performing Jazz, Contemporary and Lyrical dances. When participating in Rock Eisteddfod Challenge® RAW™ Division two years ago, MacKillop made the Final. The Boys Troupe in particular have flourished, winning two major eisteddfods in the Jazz section this year and even performing at the Opera House.

With dance having a high profile at the school, students are keener than ever to be part of Rock Eisteddfod Challenge® with the event providing an outlet for expression. The students are rehearsing hard again this year for RAW™ and are looking forward to another fantastic experience.

Ryan Morgan, who plays Centre for Parramatta Eels, was part of Rock Eisteddfod Challenge® at MacKillop Catholic College when he was in Year 12. He was persuaded to join by some of his friends but he also wanted to learn to dance and felt that the dance training might also help his footwork when playing Rugby League. “He became one of our most enthusiastic participants.” Debra said. “We were also very chuffed when we competed after he left the school and found Ryan and another ex-student in the audience”. The fact that past students like Ryan want to continue their association and support of both the school and Rock Eisteddfod Challenge® speaks volumes.

“The most inspiring thing is not just watching the students who already dance and love Rock Eisteddfod Challenge®, but also seeing students who have come along just to be part of something. So many come a little reluctantly, dragged by their friends, and then discover how much fun it is. To watch the absolute excitement and the desire to do well and make us all proud on the day of the event is something that you never forget.

Tickets for this year’s Rock Eisteddfod Challenge® are on sale now!
Visit www.rockchallenge.com.au/ticket-info/buy-tickets for more information.