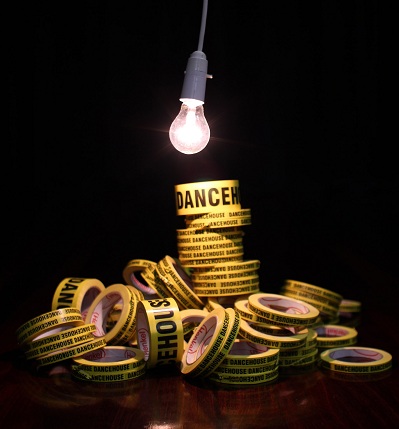 This year marks Dancehouse’s first full year with Artistic Director, Angela Conquet at the helm; it also marks the institution’s twentieth anniversary. 2012 thus brings with it an opportunity to reflect on Dancehouse’s long and outstanding role within the dance community.

Established in 1992 by a group of independent dance practitioners, Dancehouse remains the only presenter in Australia dedicated solely to contemporary dance. Its programmes fall under three broad headings: Research, Training and Performance, and among these activities are curated seasons, community out-reach programs, curated programs with partner venues or interstate artists, meetings and seminars, dance on screen events, and much more. The most high profile activity at Dancehouse, however, remains the Housemate residency, the only national residency developed solely for independent dance practitioners.

Both former Housemate Ashley Dyer and current Housemate Alex Harrison happily acknowledge the value of the residency, which offers recipients space, time and money for research and performance. Dyer, who explored the motion of smoke and its related iconography as part of his Housemate project, enjoyed the greater sense of control that came with a pay cheque and a studio. “The difficult thing about being in Australia is that you often take contracts that are short term and intense, like a month, and then you have to drop jobs. Whereas with this project, I thought right from the beginning, ‘well, it can go three months, so what if I just do it as much as I can around a schedule and then have more intense periods?’ That, and being able to use the [Dancehouse] office as an actual office, was a real advantage for me.”

Through his residency, which ended in December, Dyer’s relationship with Dancehouse is ongoing. “We’re totally interested in where Ashley’s research project is going to go, because one day it will be a performance,” says Conquet.

Current Housemate, Harrison, who has only just begun her performance stream residency, will, like Dyer, receive a pro-rata salary for the duration of her project as well as free studio space. As part of the performance stream, Harrison will also present a short season of her work to the general public in one of the two Dancehouse theatres at the conclusion of her residency. Harrison’s project, currently entitled ‘What’s Coming – A Futures Festival’, stems from her desire to attempt to “read the shape of movement to come and predict dance futures.”

Harrison stresses that apart from the obvious benefits of the residency, the Dancehouse environment offers dance practitioners much more.  “There’s actually a difference between offering materially and offering your interest and enthusiasm with a great generosity and a sense of abundance,” she explains.  “That’s something quite distinct that I’ve noticed here, that there is an abundance of that.”

“It’s the distinction between a house and a home, really,” adds Dyer. “It’s about trying to create a warm environment that nurtures projects in the best possible way and once the artists ‘grow up’ and do their own thing it gives them a home to come back to if they need to.”

For Conquet, it is the combination of resources and the centre’s genuine enthusiasm for risk-taking that makes Dancehouse such a valuable institution for dance artists. “I think that’s why the relationship with the artists is so solid, because we’re sharing the same risk. We’re walking down the same path as the artists, even though we don’t know where they are taking us!”

Indeed, it is this fearless attitude to experimentation that allows Dancehouse to act as an incubator for creative minds. “We create the space because we want to have people who bring the right feedback, the people who can take things further in terms of critical discourse, and it’s also a network because we’re part of the bigger network of contemporary dance in Australia,” says Conquet.

“We live in a world which goes far too fast in any case, and I don’t think you can create art using those models. You still need to allow for space and protect that for the artist so he/she feels he/she can have that liberty. That’s very important. You can’t make art like you make sandwiches.”

The theatre at Dancehouse

Ultimately, Dancehouse’s activities are all designed with two simple ends in mind – to help contemporary dance and its practitioners to reach the broader community and to sustain it by developing future audiences, whether that involves fostering a healthy environment for artists or offering public programmes, such as weekly contemporary dance classes for beginners. As the sound of children’s laughter echoes around the studio, Conquet motions towards the upstairs studio. “It starts with those kids who are having a class. If we do our jobs correctly, those kids will come back as audience members to be inspired by what they see.”

This year sees Dancehouse expand its vision in three ways – focusing on new ways to develop relationships with artists, generating greater artistic circulation and increasing local and international mobility and development. Simone’s Boudoir, a thematically curated range of informal discussions focused on the contemporary dance sector, is but one of many new initiatives designed to galvanise the community and make these goals happen in 2012. Dance Informa wishes Dancehouse all the best in this endeavour.

Congratulations Dancehouse on twenty years of services to dance. We look forward to watching the Dancehouse team’s vision unfold over the next twenty!