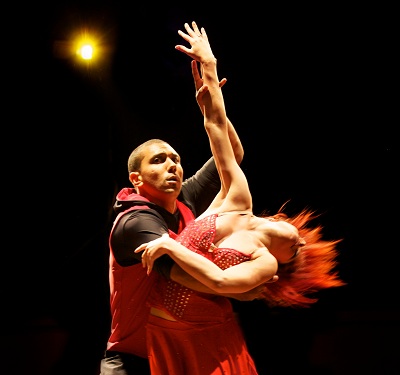 The Melbourne Latin Festival celebrates its fourth year with a hot blooded weekend of … burlesque?

Sometimes, just saying the words make you want to dance. Rhumba, cha-cha, bachata. tango, mambo, flamenco. And that’s before you get to salsa, zumba or pachanga.

Of all the dance forms out there Latin dance is a favourite. With its exuberance, sexuality and joyful immediacy it fills floors and move hips the world over. No wonder the idea of the Latin festival is spreading.

Since she discovered Latin dance in her mid-30s Natalie Montano has gone from enthusiastic novice to the passionate driving force behind the Melbourne Latin Festival, a three day celebration of performance, DJing, social dance and workshops. It’s a huge umbrella event for the city’s Latin movers, from established immigrant communities to newly converted zumba and zouk fans. 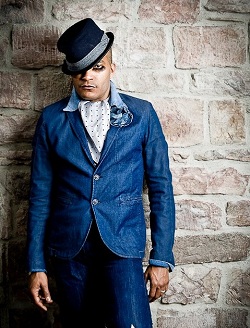 Although she is now pleased to confess that tickets “sell themselves”, it wasn’t always that way. After travelling and dancing around the world Montano was inspired by the success of the Sydney Latin Festival to bring the event south. “On a plane back from Byron Bay I thought, ‘well, it’s about time Melbourne had its own Latin festival’ and I wrote the actual plan on the back of an envelope. Literally.”

Looking back now she can afford a wry chuckle. “I don’t know how I got it all together the first time in just two months, but I got there,” she recalls.

Now in its fourth incarnation, the Melbourne Latin Festival has grown from envelope to extravaganza, tapping into the almost universal appeal of Latin dance styles. “It’s the music,” Montano asserts. “It’s so positive and it just gets your body moving, gets your blood pumping. Even things like Zumba are really just exercising your body to Latin music. All the popular styles are street dances; they’re more social. You’re not stuck in a class doing ballet.”

Although there are other folk, street and social dances out there, the global appeal of Latin dance sets it apart. “It’s positive adrenaline and that’s why it’s so addictive,” Montano argues. “And you can travel solo and you will always find a Salsa class and someone to dance with.”

Perhaps because of its popularity Latin dance has attracted a lot of analysis, from the overtly political and historical to the purely technical and musical. Whatever theory you ascribe to, it seems clear that societies throughout South America and the Caribbean have created vibrant dance cultures that have captured the imagination and feet of the world.

“They’ve been dancing since they were little,” Natalie Montano observes. “We’re talking Third World countries here, so they didn’t have much – but they had their dancing.”

Montano furthers the point with the story of salsa. “It originates from the African slaves in Cuba,” she explains. “When they were in the cane fields they used to sing songs and when they came home they would play music and dance. They didn’t have money to go out to restaurants; this was their culture. And now it’s become commercialised.”

While some will doubtless bemoan the corporatisation of previously peasant artforms, others simply get on with cashing in. Montano is the first to admit that a lot of the drivers behind the regular Latin dance crazes are commercial. “I guess it’s a marketing thing. I mean, after a while you can only do so much Salsa and then you want to bring something else in just to keep the interest going.” 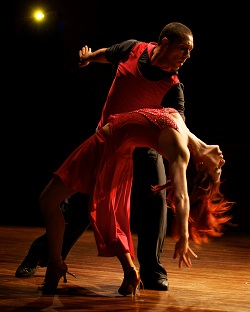 For this year’s Melbourne Latin Festival the big ‘interest’ is Juan Matos, the world’s best loved, most revered exponent of the funky new fusion style called pachanga. Originally from the Dominican Republic, Matos went to the Big Apple where the influence of hip-hop helped him fashion an electric new style. “He’s number one,” Montano gushes. “It’s taken me four years to get him to Australia so I’m very excited to have him.”

Getting superstar names is one thing, but Montano has gone a little further. “There are a lot of festivals these days so you need something a little different to get people’s attention.” To that end this year’s ‘special theme’ is burlesque.

At first glance Latin and burlesque appear to come from different worlds but Montano would suggest otherwise. “When you’re looking at female styling and shines, which are female solos in salsa, it’s very similar. Very sexual, very seductive and very curious. I think they’ll marry well together.”

With Jason Coleman from Ministry of Dance on board to help create a Saturday evening burlesque themed gala night party, the romance will surely last the weekend. As Natalie Montano notes, “The ladies will dress up, so all the guys will be very happy about that.”

In an age of increasing social atomisation, the role of such obviously social dancing is perhaps more important than ever. “I think it’s the social aspect that makes it really attractive. I mean, it is a couple dance; you need to interact with someone else.”

But of course there is something else about Latin dance that makes it so attractive. With the possible exception of Argentine tango it is not overly technical. Indeed, as Montano herself can attest, (having started in her thirties), it’s something most of us can easily learn. “You can do it all your life really,” she says. “It’s not too strenuous and, y’know, you really can pick it up at any time.”