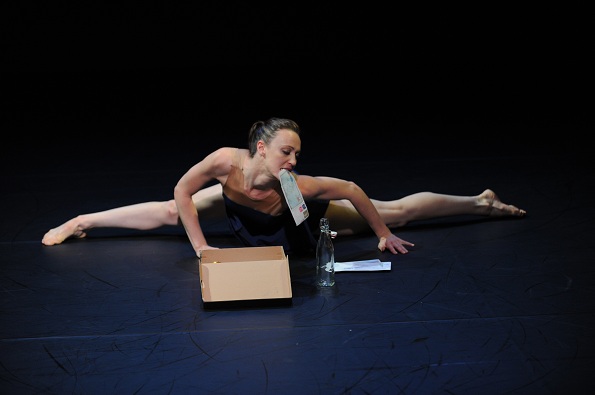 Scripsi Scriptum was created out of a cultural exchange between Expressions Dance Company (EDC) from Brisbane and Cathy Sharp Dance Ensemble (CSDE) from Basel, Switzerland. Both companies have performed together previously in both Basel and Brisbane. They initially met during CSDE’s tenth anniversary season and ten years later have come together once again to create a program of new choreography with one theme.

The creative process began when the ten dancers shared hand-written letters to introduce themselves. From there EDC travelled to Basel to create and perform with CSDE. Scripsi Scriptum was born and was initially performed in late 2011 in Basel, receiving a very positive response from Swiss audiences.

The performance was created by Natalie Weir (EDC), Cathy Sharp (CSDE) and dancers from both companies. The outcome of this collaboration was two distinct works from each company that were bought together by not only the theme, but also by a short joint section created by everyone involved.

Scripsi Scriptum translated the written words of human emotion into dance. The performance took the audience on a journey through various forms of written and digital communication discussing how they reflect on our lives and hearts alike. Movement ranged from sharp and percussive through to velvety smooth lines. Overall, the dance itself was well executed and the movement played nicely into each dancer’s unique forte.

EDC shone, as always, with their strength, unsurpassed technique and emotive portrayal of the story behind the dance. All five EDC dancers were inspiring and evoked their characters’ true presence and persona. Standout dancer, Riannon McLean displayed her unwavering power as she seamlessly performed some complex lifts and partner work with the male dancers. David Williams also displayed great talent. He has a peerless ability to form exquisite lines with his powerful physique.

The CSDE dancers brought a very different feel to the choreography in comparison to EDC, but their performance was very enjoyable. The technique displayed by CSDE was very liberal but still rigid in its execution. The dancers tended to tell their own individual stories rather than give one unified performance, whilst still being able to stick with the theme. It was a very unique display that captivated the audience in its complexity.

Credit must go to both Natalie Weir and Cathy Sharp for bringing these companies together and also to the entire team for the wonderful production. Scripsi Scriptum was an engaging and captivating performance that was a unique mix of two very different dance companies. Brisbane audiences can only hope that this partnership of dance continues for many years to come.