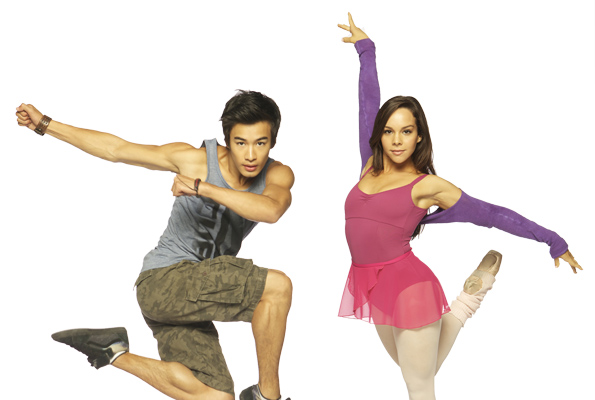 Tell us about your dance background and training.

Jordan Rodrigues
I started when I was about 13 and trained in all main styles of dance from ballet to hip-hop and haven’t stopped since.

Dena Kaplan
I started dancing at age 3! I have mainly trained in ballet at the Australian Ballet School and with Jane Moore. I also trained overseas in contemporary dance at Alvin Ailey and did jazz and hip hop at Broadway Dance Centre. Dancing has been a huge part of my life from a very young age. I was always eager to try as many classes and teachers as possible.

Did you take formal acting classes before auditioning for Dance Academy?

Jordan
I did drama at school, but that’s about it. After season 1 of Dance Academy I went back to the basics of acting so I could get the formal training behind me and it was an incredible help. 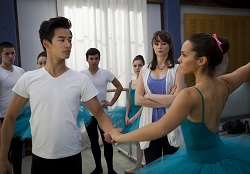 Dena
No- never 🙂
Only a few private lessons with an acting coach.

Do you relate to your character?

Jordan
Christian does remind me of my rebellious days as an angst-y teen, but I’m not really like that anymore. We both share the same style of dance which is a contemporary/ hip-hop style and we also wear sort of the same clothes.

Dena
Yes, we are both very passionate about dance and extremely driven career wise. I also try to be a hard worker like Abigail. I relate to many of her experiences and obstacles that occur in the dance world and her sensitivity towards her family.

Jordan
He knows how to get the ladies and I actually take pointers off him too!

Dena
Her sense of humour and dry wit, she is also very honest. 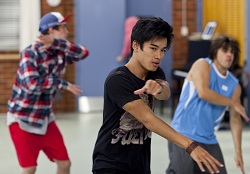 What do you dislike about your character?

Jordan
He is a bit closed when it comes to his emotions but that just makes him Christian doesn’t it.

Dena
Her competitive nature, it’s detrimental to herself. She also has a hard time letting people in and embracing new friendships. Plus, she’s very critical of herself.

What has been your most embarrassing or memorable moment on set?

Jordan
I had an amazing experience with the cast shooting some pretty emotional scenes on one of the last days of shooting season 2 and I learnt a lot about myself as an actor that day.

Dena
The amount of times I have fallen over or hurt myself during a dance scene is laughable! I also tend to ruin all my costumes as I am a little clumsy with tea and coffee. There have been many memorable moments. In season 2 I had the pleasure of working one on one with the incredible Rafael Bonachela from Sydney Dance Company.

Jordan
Really good, everyone gets along really well and we have become a family that goes through ups and downs together on and off set.

What do you enjoy doing in your spare time?

Jordan
I love playing cover songs on the guitar, dancing and going to the beach for a surf.

Dena
Travelling! I love being active and fit in my spare time but I also enjoy being at home with my sisters and puppy and watching TV. I fill my spare months off being involved in the other side of the industry by doing styling and makeup. I enjoy being behind the scenes too. Currently I am working on a new project that is keeping me very busy writing and creating! 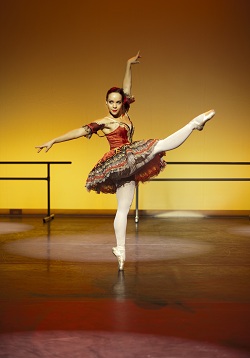 How has your life changed since Dance Academy?

Jordan
I don’t think I would be as good a dancer if I didn’t have the show to push me to be my best and I also now have people tweeting me in different languages which is pretty cool. However, I don’t know what they’re saying sometimes.

Dena
I have been fortunate enough to continue working in the Film/TV industry which I am so grateful for. I have been living in Sydney too permanently, which is a new change.

What can we expect from your character in Season 2?

Jordan
Christian is going to be a lot more open with himself, friends and his dancing so you will get to see a another side to him and not the mysterious Christian that you met in season 1.

Dena
A huge change! She goes through a very big journey in season 2, lots more dancing and maybe even some singing. Expect to see a few different sides from Abigail this series.

What did you enjoy most about filming Season 2?

Jordan
There was a lot more dancing and more intense story lines that were able to push me as a dancer and actor.

Dena
I absolutely love my cast, they are the most wonderful and talented group of people. I really enjoyed working with our new cast members too – Issi Durant (Grace) and Thomas Lacey (Ben). I also think we pushed our minds and bodies to the limit this series and I am very proud of what we created.

Why will we enjoy watching Season 2?

Jordan
Well apart from seeing the growth of the characters and the awesome dance scenes, we have two new amazing characters that will definitely spice things up.

Dena
The whole series has stepped up a level, the dancing is extraordinary, we have more choreographers involved and the acting is very moving this season. I think the audiences will be hooked!

Catch Jordan and Dena in Dance Academy on ABC3 at 6:30pm every Monday through Thursday, starting March 12.