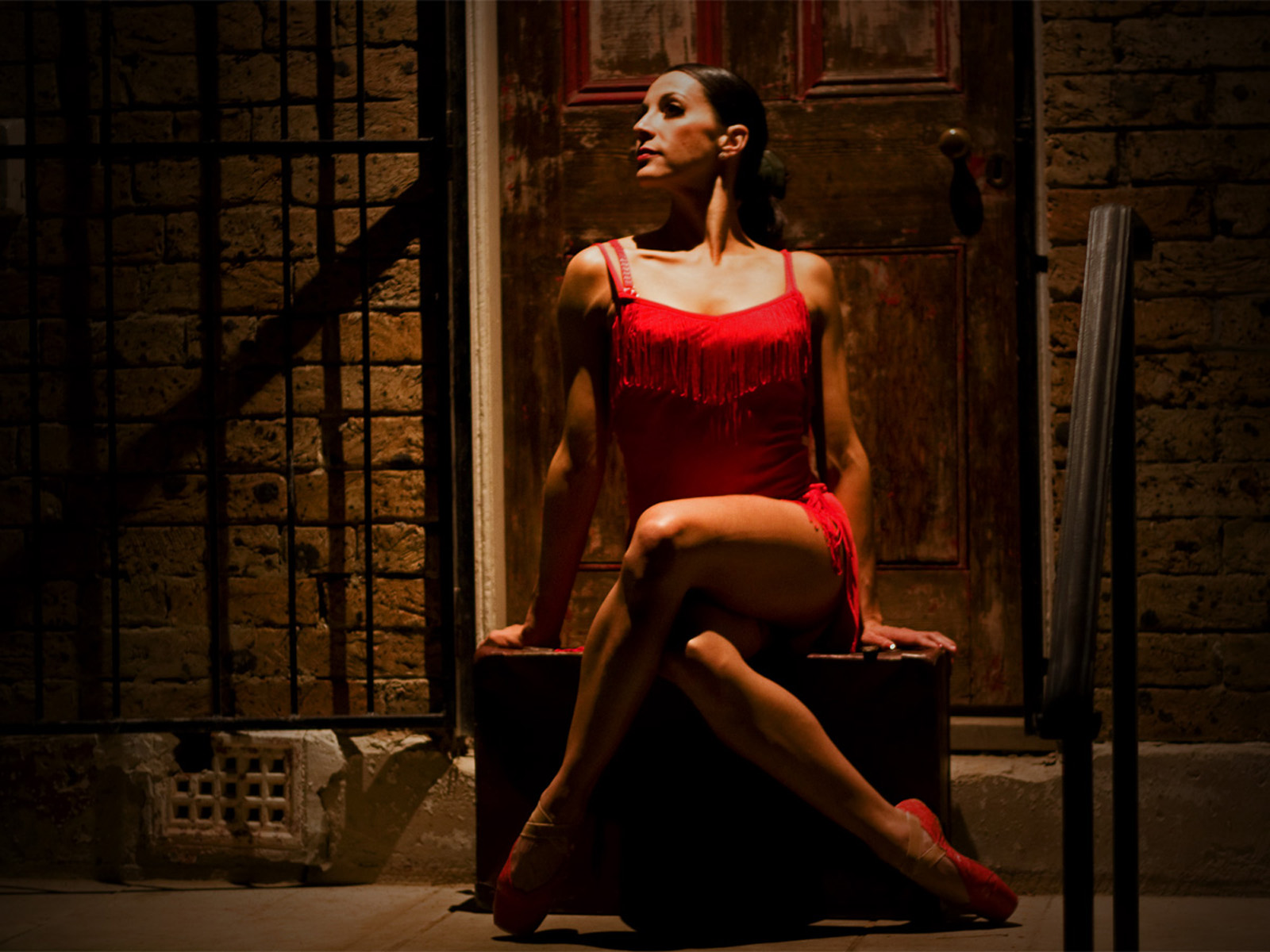 The world of Tango is steeped in nostalgia for lost love, a distant homeland and a purer golden age when people dressed well and danced properly.  Three2TANGO entertainment has used this gravitational pull of nostalgia in Madame Tango – a dramatic portrayal of reminiscence and love lost.

Performing as part of the Sydney Fringe Festival, where the audience expects something new, confronting or even obscure, Three2TANGO entertainment has attempted to develop an innovative futuristic style through incorporating the disparate elements of Tango Nuevo (new tango), cabaret, burlesque, trapeze and aerial silks.

Narrated by Australian actress Tina Bursill, Madame Tango tells the story of a country girl attempting to escape her boring but predictable life by venturing to the seductive light and sound of Buenos Aires nightlife. We are presented the well-known mix of coming-of-age, love, jealousy, rage, pride and the driving passion of tango.

Choreographed by Will Centurion of SYTYCD fame, Madame Tango draws us into the underworld of tango salons and their close affiliation with bordellos and the dark side of passion.  Centurion’s choreography is centred on the intimate salon tango with its inward looking private drama that generally ignores the audience and forsakes flashier moves. He has added a whole host of various elements to his tango including classical ballet, gymnastics, and a healthy dose of bravura.

Does it work? Well for many of the Fringe Festival crowd, the combination of tango’s stylish seductiveness, the risk of modern dance and the coy raunchiness of burlesque seem to hit a responsive chord.  The private language of traditional salon tango can seem obscure and tense but Centurion chooses a liberating path to ease this tension with numerous leg splits, aerial lifts and seductive burlesque.  Traditionalists might not approve but tango’s vibrancy would otherwise be lost behind the strictly well-patrolled world of ballroom.

While the drama was centred on the notion of tango, Mariana Baltodano, as the main tango dancer, although very talented, seemed a little limited in her ability to portray the required internal passion and struggle through an emphasis on conventional classical ballet technique. This seemed strangely out of context considering the intimate salon space that had been created. The burlesque performer Nathalie Somerville and aerial silk artist Paige Walker were engaging and unexpected as they beautifully demonstrated the ways subterranean worlds such as Tango salons can offer artists a degree of personal and artistic freedom.

The soundtrack was a forward-looking mix of traditional tango standards such as Libertango combined with some burlesque/cabaret style pieces from the Baz Luhrmann Moulin Rouge soundtrack. One begins to sense Luhrmann’s influence on Centurion’s work, but the lack of risk-taking in a dramatic structure and inability to explore and play out the creative tension in tango, resulted in a kind of pastiche. The central character’s love of tango seemed like a costume that is worn rather than an inspiration that is lived.

Will Centurion should be acknowledged and applauded for his creative intentions as well as for his dynamic dancing, performing all three male character roles himself. With more experience and confidence it will be interesting to see whether Centurion takes the narrower and risqué path perhaps choosing to fuse the disparate elements of tango, classical dance and cabaret by confounding our conventional notions of them. It could certainly provide an unexpected and interesting dynamic resulting in a more Fringe-inspired tangled tangelo for the oh so alluring Madame Tango.