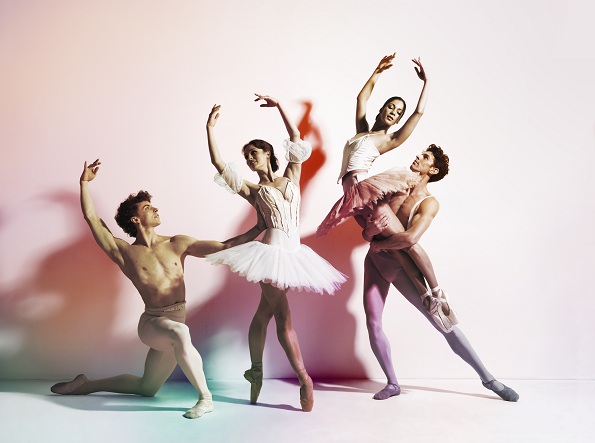 “This is something of a golden age at The Australian Ballet … There’s not much it can’t do, and can’t do breathtakingly well” Herald Sun

It’s hard to believe that The Australian Ballet will be turning 50 next year.  To celebrate, the company will be presenting a blockbuster program in 2012 including traditional ballets, experimental triple bills, the return of audience favourites, an Australian dance party, and special international gala.  Additionally, there will be extensive national and regional tours, education programs, and a free outdoor performance.  The 50th anniversary season is the culmination of the past three years which has showcased the company’s diverse history and achievements.

In 2001, former student of The Australian Ballet School and Principal Artist with The Australian Ballet, David McAllister, was appointed as the company’s new Artistic Director.  His tenure as director has seen the company forge a more modern and fashionable image and has worked to broaden its audience both locally and internationally.  The Australian Ballet is now one of the hardest working companies in the world, presenting over 200 performances annually and boasts a varied repertoire that includes works from some of the world’s greatest choreographers.

Colin Peasley joined The Australian Ballet for its inaugural season in 1962 and has remained with the company ever since, becoming one of the audience’s most loved performers.  Born in Sydney, he trained with Valrene Tweedie and spent his early career in musicals and television.  Since joining The Australian Ballet, Colin has been ballet master and principal dancer, and is currently the director of the company’s education program.  In 1996 he was awarded a medal of the Order of Australia, and was inducted into the Australian Dance Awards Hall of Fame in 2005.

I spoke with Colin about the company’s upcoming anniversary and achievements:

Is it hard to believe that The Australian Ballet is 50 years old?

“In 1962 when the company was founded we were administered jointly by JC Williamson and The Australian Elizabethan Theatre Trust. Our first tour of Australia was reasonably successful, however this success wasn’t repeated in New Zealand where the company aborted its tour after playing only the North Island.  The Trust reacted to the financial losses made during the New Zealand tour by blaming and sacking the manager and threatening to close the company.

This obviously made the company feel very vulnerable. So soon after, The Australian Ballet became autonomous with its own board of management.  The careful stewardship of successive administrators has meant that the company has always equalled our artistic success with financial responsibility.  So, to answer your question – except for that first scare, I have always believed that The Australian Ballet was headed for a very long life!”

When the company commenced all those years ago, did you (or anyone) think it would be as respected on the world stage as it is now?

“One of the saddest aspects of cultural life in Australia during the early 1900s was called the ‘cultural cringe’, where the average person believed that everything from overseas must be better than what we could produce at home.  Strangely in the arts, this actually proved to be beneficial.  Because we thought dancers trained in Europe would have a better technique or more appealing stage personalities, our dancers used this as a challenge and worked harder to become ‘performing artists’.  So much so that when The Australian Ballet first toured overseas in 1965, performing in twelve major cities including London, Paris, Copenhagen, Berlin and Los Angeles (with return seasons in Paris and London) , we were thrilled to receive rave reviews from critics and audiences alike.

Since then the company has taken 31 overseas tours and visited 37 countries. Not bad for a company that is only a youngster when compared to the Paris Opera Ballet which was 300 years old when we were born!”

“The dreaded tyranny of distance.  One of our major costs is transporting our dancers, staff, scenery and costumes around this big, wide country. Unlike the Royal Ballet, the Paris Opera Ballet and the Bolshoi Ballet, we are not resident in one city and our charter requires us to present performances throughout Australia.”

What sets The Australian Ballet (and its dancers) apart from ballet companies elsewhere in the world?

“Dancing not only reflects the culture of particular areas but also the lifestyle. This can be very easily seen in the dancing of Australians – broad and athletic; of the French – refined and stylish; and the English – well-mannered and exact.  Australian dancers, like Russian dancers, have a breadth of movement that is athletic and expansive reflecting the size of their home countries.  When you marvel at Australian dancers on stage you are not only appreciating their physicality but also the very essence of this wide, sunburnt country.”

Given that you’ve performed with some of the greatest dancers of all time and performed all over the world, is there an absolute highlight from your time with The Australian Ballet?

“My greatest joy, of course, was being selected to be a member of this fantastic company.  Especially as I was not only a late starter, but my only experience had been dancing on television in variety shows.  This highlight was doubled when, during The Australian Ballet’s first season we had two of the world’s most acclaimed stars, Sonya Arova and Erik Bruhn, as our guest artists. The excitement was tripled when Rudolf Nureyev came out to visit them in that Sydney season.  If there is such a thing as ‘ballet heaven’, I was in it.”

“When The Australian Ballet began, they were not many fully professional dance companies around. Now every state has at least one professional company. To service these companies, every state also has full-time training institutions producing dancers who are respected world-wide.

Because our dance students are committing themselves to the profession earlier than in the past, we are developing artists who are both technically proficient and artistically advanced. We’re also seeing more choreographers producing work reflecting an Australian view of the world, which means the future for dance in Australia looks both interesting and exciting.”