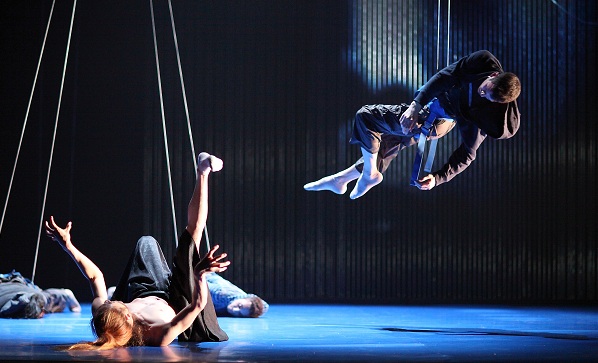 Adelaide based choreographer Leigh Warren has enjoyed a lifetime of artistic and critical success and now he’s taking on both the past and the future.

“I don’t want to do as much but I want to do everything better,” declares Leigh Warren from his Adelaide headquarters.

For a man who has been living and breathing dance, (from his early days on stage with Nederlands Dans to his award winning career as one of Australia’s most daring and consistently brilliant choreographers), the fire remains undimmed. Now, as he approaches 60, he can not only look back on a stellar past but contemplate an exciting future.

“Maybe as you get older you keep less and throw out more,” he muses. “You hold what you really need and you remove the padding, so the work is leaner. It’s not just about spewing out movement but choosing movement that’s going to connect to an audience and really let them follow what you’re saying.” 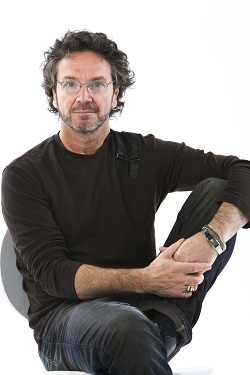 Appropriately, Warren’s latest venture is a blend of past and future. When his company premiered Dreamscape this month at OzAsia Festival in Adelaide it saw Leigh revisiting a work he first danced in under the tutelage of the legendary Czech maestro Jiri Kylian and a brand new piece celebrating his passion for Japanese inspired dance.

Of the former, a Kylian piece called Dreamtime, Warren observes, “This is the first time that I’ve worked on a piece that I was in and it’s amazing how the body remembers it. If things aren’t quite working in rehearsal I’ll go to do it and I will automatically move with ease into how it’s supposed to co-ordinate. If I don’t think about it, it’s just there.”

Whilst restaging someone else’s work might seem creatively limiting, Leigh Warren seems very much at ease with his erstwhile mentor’s original vision. “They pretty much are the same combinations of steps,” he confesses easily, “but what’s interesting is that when you look at something again your view of it has changed.”

It’s tempting here to suggest that perhaps the passage of years has rendered Kylian’s choreography dated but Warren is adamant the work is timeless. Indeed, picking up on that thread, he launches into an impassioned criticism of choreographic fashion. “The big pitfall of everybody is that they start using the codified moves,” he begins. “If I see somebody throw themselves to the floor once more for no reason I’ll scream. It doesn’t mean anything.”

Although Warren has been critically feted, shown work internationally, worked in film and teamed up with legends like William Forsythe, he is the first to admit that he has never been fashionable. “But then I’ve never strived to be,” he adds. “Some people get more celebration than others but an artist with any integrity just goes their journey because that’s who they are and they don’t succumb to the pressures. And I mean, you do go out of fashion just as quick, even if you do start going into the gimmicks and the latest combos of steps.”

Invariably, what this means is a process of continual reinvention; and part of the back story for the other half of the Dreamscape double bill involves one such creative epiphany. Warren had gone to Japan to participate in a Butoh festival where, he says, “I was taken totally out of my comfort zone. I was miserable. I really didn’t want to be there. I was in the middle of a rice paddy ankle deep in water and everything that wanted to wriggle and bite me was in that field. It was horrible; but that experience was a revelation to me because I was separated into what I call the second person, the person that you really are.” 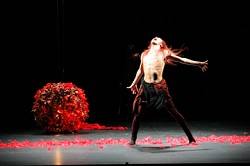 That second person, as Warren calls it, is the older, wiser person, the one who outlives the flare and glare of reflexive passion and comes to a state approaching grace. For Warren the choreographer this experience sparked a profound shift. “When I came back from that I started to work with people, not on people. That’s a very big difference because everything you do after that is richer. It’s not just about you, it’s about everything.”

Fast forward to 2011 and Warren’s Japanese inspiration is finding new life in Escape, a piece built around the dynamic movement of Kaiji Moriyama and the delicate piano score of Australian composer Simon Tedeschi. Clearly energised, Warren says, “Kaiji is not just from Japan, he’s from another world.”

However, for all his worldly vision and vast experience, Leigh Warren chooses to live and work in Adelaide, a city far removed from the so-called ‘centres’ of dance. Like all Adelaide artists he’s used to the obvious question: has being based in a ‘provincial outpost’ held you back? His answer is illuminating, “Wuppetal is the armpit of Europe but it didn’t hold Pina [Bausch] back,” he quips. “You may be in a swanky city or something but it’s not going change who you are. While some things appear more prestigious it doesn’t really change anything. The real challenge for all of us is resource and touring; getting your work out there.”

And getting it out there is precisely what Leigh Warren & Dancers continue to do with great aplomb. If you haven’t already worked it out, the man is a national treasure. Then again, as he is quick to point out, “There’s nothing nicer than a surprise.”