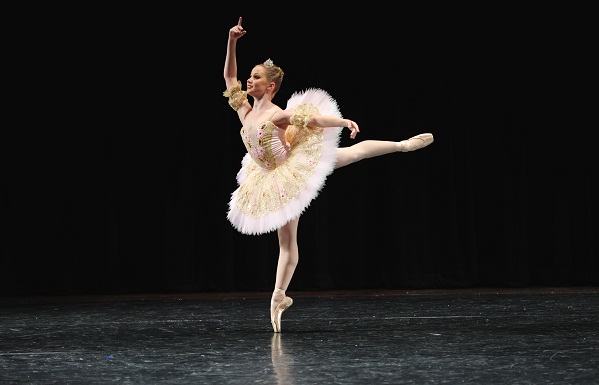 Since 1974, McDonald’s Australia has been offering scholarships to encourage Australian students in their study of ballet. This year the total prize value was $36,000 allocated between the winner, runner-up and remaining six finalists.

For young and emerging dancers this is the most valuable and prestigious awards evening in the southern hemisphere, held each year at the Sydney Opera House as the climax to the Sydney Eisteddfod.

With the familiar face and voice of Richard Morecroft as compere, the evening certainly had an air of professionalism with an outstanding standard of performance belying the average 16-19 years age of competitors. 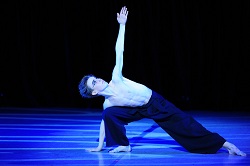 The program also included eight groups competing for either the Jazz or Contemporary prizes providing a diverse range of styles, music and entertainment.

The Australian Dance Performance Institute from Queensland took first place in the Open Age Jazz with a piece inspired by The Matrix.

In the Open Age Contemporary group competition Ev & Bow Dance Center of Kirrawee, Sydney, came second, performing a choreographed piece by Sarah Bolter using interesting props and structures. The risk-taking was exhilarating as was the synchronicity of this well-rehearsed group.   National College of Dance of Lambton, Newcastle,  took top honours with a wonderful piece by Debbie Ellis.

An enthusiastic audience welcomed the 8 soloists to the stage as they performed both a classical and a contemporary piece vying for the $18,000 first prize. With six females and two males, the dancing was of a very high standard although nerves meant no one was exempt from an occasional stumble.

Queensland dancer Courtney Macmillan, the 16-year-old favorite, took top honours with a beautifully clean execution of the Sugar Plum Fairy solo, Act II, The Nutcracker. Her technical dexterity and sharp head contrasted perfectly with lyrical arms, while her musicality and light landings set her apart from the competition. Courtney will leave this month to commence studying at London’s Royal Ballet School. 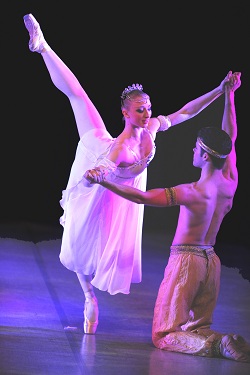 The runner-up, required to be the opposite gender to the winner, was Dann Wilkinson from Lemon Tree Passage, NSW, winning a $12,000 scholarship. His classical solo was from Don Quixote with a contemporary piece displaying his potential to portray maturely emotional pieces.

It must also be noted that the Dubbo Ballet School was impressive as they re-performed their group prize-winning performance – an unusual and emotive neo-classical styled piece with excellent timing and synchronicity. It was a perfect example of all dancers working as one.

A highlight of the evening was a performance by previous Scholarship stars Claudia Dean and Aaron Smyth, who were spectacular in performing the pas-de deux from Le Corsaire.

Having never seen Le Corsaire performed live, this was an unexpected pleasure which took my breath away. Aaron brilliantly executed the highly technical role with all the bravado and charisma of a seasoned professional while Claudia was a partner of equal brilliance as they together ensured a standing ovation from the audience.

Overall, while the girls generally displayed more artistic maturity than their male counterparts, Aaron Smyth’s performance demonstrates how in a couple of years many of these dancers fast track the maturing process, gaining confidence and greater physical strength. The competition also highlights the continuing high standard of teaching and dancer development across the country.