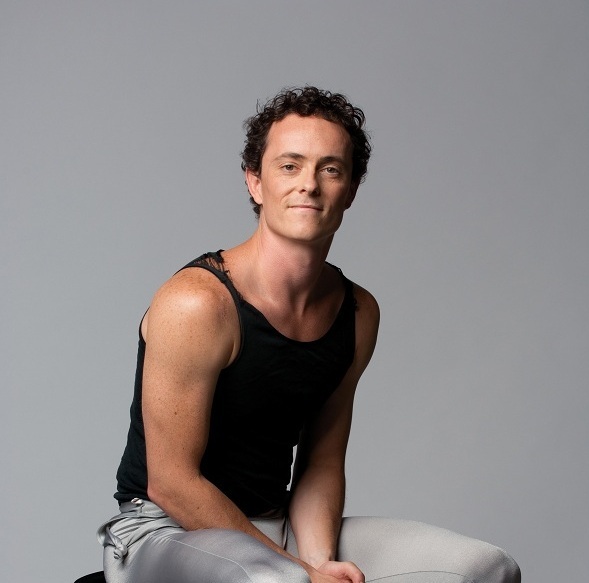 This month, Year 11 and 12 students of the Victorian College of the Arts Secondary School (VCASS) will take to the stage for the world premiere of Carmen and José, choreographed by Tim Harbour.

Using the themes in the original story of Carmen as a starting point, Harbour has created a fresh narrative. Set in a modern day high school, the new ballet centres on Carmen, “the coolest kid in school; beautiful and brazen”, says Harbour. When José, a new student arrives on the scene, he becomes instantly besotted with Carmen, with dramatic consequences.

The storyline is a perfect fit for the Year 11 and 12 students; the choice to adapt Carmen was inspired by them. Along with the original themes and the score, the young dancers have been the biggest influence on Harbour’s choreography. “I always want to make something that’s site-specific,” he says, “that really is about the people who are going to perform it”.

A former Senior Artist with The Australian Ballet, Harbour is now a lecturer at VCASS, and an in-demand choreographer and guest tutor. He has created several works for The Australian Ballet, The West Australian Ballet and New York’s Morphoses, amongst others. Carmen and José is his first narrative-based creation, but it’s an area he plans to work more in. “I’ve really loved everything about it. Once upon a time I thought that a story with defined characters and dramatic drivers would limit choreographic creativity, but if anything, it’s been the reverse. I’ve especially enjoyed developing the scenarios and working out how steps can bring them to life”.

One of Harbour’s aims with Carmen and José was to create plenty of opportunities for different students to have featured roles, with character development they could really sink their teeth into. They have certainly risen to the challenge, exceeding their choreographer’s expectations: “There have been some really exceptional students, as good as anyone I’ve ever worked with in terms of fulfilling a character and getting concept across through characterisation”, shares Harbour.

The role of Carmen requires not only outstanding technique, but the maturity and stage presence needed to carry the story. As Harbour says, “if Carmen is not confident, then it just doesn’t work. It was never going to be the quintessential ballerina doing that role; it had to be someone with real guts”. That challenge has fallen to both Amanda Mitrevski and Latisha Sparks, who appear to handle the role with a sophistication which belies their age.

Similarly, José is a role demanding partnering skills that are “well beyond what you’d expect from a 17 year old, at their stage of training”, explains Harbour. The two dancers cast in this role, Calvin Richardson and Michael Ramsay have, over the course of the rehearsal period, reached a level of expertise that has impressed their choreographer and other teachers at VCASS.

“They’ve been terrific,” says Harbour, of all the students involved in the production. “They have brought great vitality and humour to our work in the studio, and have really surpassed my expectations in regard to the calibre of dancing they’ve achieved. Choreographically, there are some challenging moments. They are very accomplished artists”.

Despite dancing with The Australian Ballet for 13 years, Harbour has not danced in Carmen himself, and so was not particularly familiar with the story before beginning work on Carmen and José. However, he recalls being moved by Mats Ek’s 1992 version for the Culberg Ballet, saying “it was the first thing of his that really captured my imagination”. Harbour is in fact using the same version of music that Ek used; Rodion Shchedrin’s Carmen Suite for String Orchestra and Percussion. It is quite different from Georges Bizet’s opera, in that “it is a bit slower and heavier, with a large emphasis on the rhythm, making it awesome for dance”.

A week prior to opening night, an excerpt from Carmen and José will be performed at the Victorian State Schools Spectacular at Hisense Arena. VCASS has been particularly fortunate that the organisers of the event – the Department of Education’s Performing Arts Unit – had a large budget for costuming. Consequently, they have designed and produced the costumes for the entire ballet and will let VCASS keep them after the Spectacular. As Harbour says, costume designer Isaac Lummis has created a wardrobe which “really lifts the production value of the whole show. We were really lucky”.

Carmen and José will be presented with supporting works by Matthew Thompson, Jenny Purcell, Megan Ellis, Stacy Mitchell, Tim Storey and Barbara Warren-Smith. It promises to be an evening of superb dancing, vivacity and humour, from some of Australia’s most promising young performers. As Harbour says finally of his new ballet, “if nothing else, it should be terrific fun. I’ve tried to put a few surprises in there and to keep as much of the high drama that the original story and music implies. I think too, that if you were new to a VCASS show, you would be surprised at how great these dancers are”.

Carmen and José takes place at the Merlyn Theatre (The Malthouse), Melbourne from September 22-24.