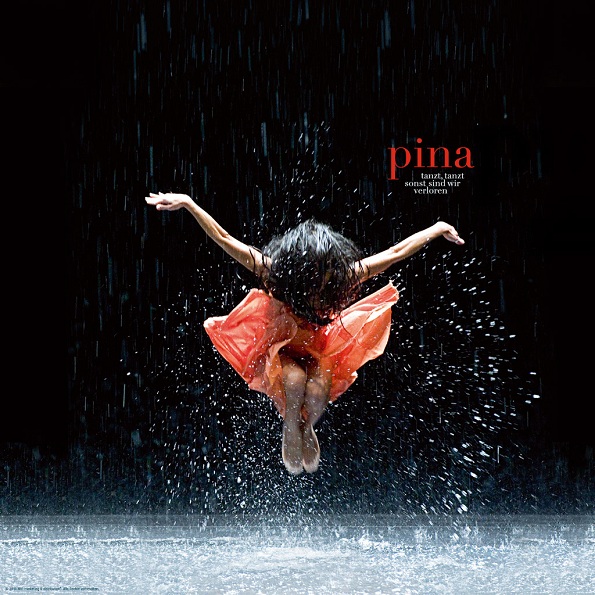 Wim Wender’s latest documentary Pina is a personal ode to an artist he considers a contemporary visionary.  Those expecting the sunny upbeat style of Wender’s Buena Vista Social Club will find Pina a stark and demanding contrast.

After 20 years as an abstract idea it wasn’t until U2 3D was previewed at the 2007 Cannes film festival that Wenders realised he had finally found the appropriate medium through which to capture the work of Pina Bausch – dancer, choreographer and friend.

Pina’s sudden death on 30 June 2009, just after filming had begun, lends the tone of a requiem to the film even as it attempts to celebrate her work and its artistic impact.

Who is Pina Bausch and what is her legacy to the dance world? Pina the film, is Wender’s attempt to answer this question.

Born in 1940 in Solingen, Germany, Philippine Bausch’s life revolved around the café run by her father where at an impressionable age she witnessed the impact of war on those around her. These confronting memories later come to life as Café Müller, Bausch’s masterpiece.

Her dance training under Kurt Jooss, a leader in the German movement to synthesize classical and modern dance, gave Pina a sense of the freedom to be found in dance whilst building a classical foundation. Importantly during this time was the proximity to opera, music, drama and other arts taught at the school. She earned a study grant to the Julliard School in New York training with Antony Tudor and dancers of the Martha Graham Dance Company before returning to the Tanztheater Wuppertal in 1973 as director and choreographer.

Pina sensed that the world had irretrievably changed and she determined to reinvent the language of dance to release it from traditional confines. Pina Bausch brought dance, theatre and German expressionism together – a blend of raw emotionalism, stark movement, earthly pathos and humour. As Wenders comments ‘it is there to shock you.’

Pina wanted to confront audiences with the teutonic ‘Sturm und Drang’ (storm and stress) of everyday life through her work. The German critic Manual Brug explains her philosophy as “the interpretation of the soul and the battle of the sexes.”

To demonstrate this philosophy in his film, Wenders chose excerpts from four of her 40 works – Café Müller (1978), Rite of Spring (1975), Kontaktof (1978) and Vollmond (2006) within which Pina uncovers a raw humanity fighting for its survival, highlighting the emotionality of the dancing body. As the pieces explore fragile and fraught human relationships we experience moments of unexpected beauty contrasted with our inescapable connection to the earth, symbolised with recurrent themes of falling and slamming up against an indifferent world.

Pina demanded from her dancers an open and authentic response to her vision and ideas, whether that be through dance, song, mime, spoken words or other. Dance technique and young bodies were not prerequisites for this revolutionized language of dance. Some of the Tanztheater dancers have been with the company for 35 years. As Pina said, “I’m not concerned with the way my dancers move, but what moves my dancers.”

Bausch changed dance fundamentally by removing the smiling ethereal ballerina attempting to float above us, replacing her with a fusion of radical interactive theatre, surreal imagery and ‘danced body language’. In contemporary dance today the influence of Bausch is seen in its rawness, relative freedom and willingness to explore a variety of forms so as to expose an internal world. Her influence is also seen in the way choreographers work with their dancers – a 2-pronged process where through improvisation ‘tasks’ the choreographer allows the soul of the dancer to enter the process.

Belgian choreographer Alain Platel was particularly influenced by Bausch; work-shopping ideas in the studio, asking dancers to improvise and drawing on dancers’ personal experiences. “Everyone in contemporary theatre is working the same way…there’s a long, wild period of improv…trying many different things. I was very shaken by the work of Pina.”

Meryl Tankard, Australian choreographer and former Artistic Director of Australian Dance Theatre (ADT), was a soloist with Danztheater Wuppertal for 6 years. The influence of Bausch is seen through her bringing together dynamic movement, singing, acting and music with a strong emotional content. Works such as Inuk 2 bring to mind Bausch-type themes with dancer/audience interaction, the use of water on stage, dancers crying out and a lack of narrative.

Pina Bausch’s vision for dance was essentially one without borders, adopting theatrical innovations where dancers move amongst the audience, musicians play on stage and multi-media is used. Theatre sets sometimes included piles of earth, rock formations and flowing water.  Her influence and collaboration included such filmmakers as Wenders and Almodovar whose movie Hable con ella (Talk to Her) opens with segments from Café Müller.

Wender’s film Pina is more than a tribute to an artist who was central to his own work.  He has crafted one of the few truly dance-centred films in recent years, seriously taking the challenge of dance to connect with an audience and covey life; in this case a singular life interpreted solely through dance.

For anyone interested in dance this film provides an insight into an artist who demanded authenticity and creativity with single-minded zeal.  While the loss of Pina is strongly felt in the film and throughout the contemporary dance community, her life and artistic vision still continue to inspire artists in various forms.

The film Pina was presented on the final night of the 2011 German Film Festival on 11 April 2011 at the Sydney Opera House. Wim Wenders was in attendance and gave an interview after the screening.